Is Type A successfully speaking to social and political notions through the practice of conceptual art?

Type A is the collaboration of Adam Ames and Andrew Bordwin, based in New York. Using a variety of media, including performance, photography, video, sculpture and drawing, the two conceptual artists explore the physical, psychological and social imbalance resulting from dimensions of male competition, or “male play,” as they name it.  SAIC students had the opportunity to see Type A speak at the Columbus Auditorium on September 26 as a part of the Visiting Artist Program about the adaptation of their work to the conventions of collaborative art, as well as the transformation of their creative process before and after the September 11 attacks. This will be my key entrance into discussing whether Type A’s post 9/11 pieces are authoritative critical inquiries on the subject of inflicted and internalized fear, and if so, how their sarcastic, playful and at times even child-like imagery presents an artistic authority on a politically serious topic. 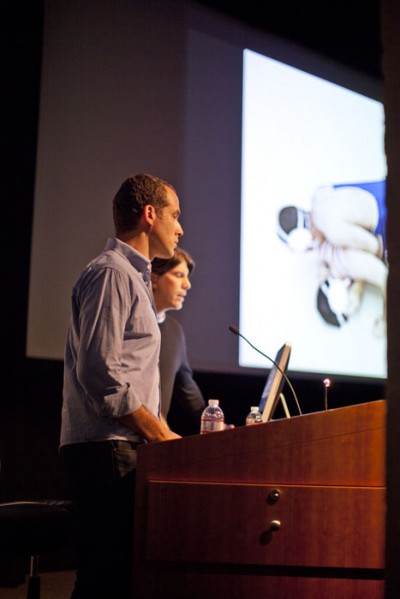 Type A presenting their Visiting Artists Program lecture at SAIC. Andrew Bordwin (front) and Adam Ames (back). Photo by Sara Condo, School of the Art Institute of Chicago.

Type A displayed a curiously debatable portrait of themselves as artists whose work has been described as either “genius” or “deceptively simple.” Similarly, their own perception of their practice as “monumental gestures with minimal conceit” made clear the point that their primary intention in creating work is to engage in continuous discourse not only with a specific audience, but also with society in general. It was, hence, an inviting call for the lecture audience to judge whether their work was successful in its intention of speaking to social and political notions through the practice of conceptual art.

Their early work in general consists of photographic and video depictions of men in physical action or utilizing their own bodies as models to depict aggressive manliness in situations of wrestling, fighting or dancing. They opened with, “Mark, 2002,” which is a good example where Ames and Bordwin utilize their bodies to create drawings in primal, child-like ways while filling up personal and shared territories. Type A understands this pre 9/11 body of work as challenging their own differences in personality, work ethics and ideologies, resulting in the very act of collaboration, which for them is a process when the drive transcends competition and becomes a unifying force. While these early pieces can be understood as rather personal dilemmas leading to social commentary, they should be marked still within the intimate territory of self-improvement as developing artists, and not as broad statements about any particular politics. The one-word titles simultaneously signify action through the imperative verb form, as well as the resulting experience through the noun form of the words: “Toss, 1998,” “Stand, 2002,” “Mark, 2002,” “Push, 2004,” “Sweat, 2004,” “Spit, 2004.” They each hint at the intermingled coexistence of the action and the experience at once. This speaks directly to the early markings of their artistic philosophy; their works existed first as actions and experiences, and second as art objects. And how did this philosophy change after the 9/11 attacks?

The shift for Type A occurs not so much in how they changed their way of working, but rather what they started to make within the politically and aesthetically challenging post 9/11 context. Type A’s later work evolved to directly reference the fear culture created in US society after the 9/11 attacks, this time not through actions or experiences, but in a reversed way, through the objects themselves. The instigating action, and the resulting experience is still there, but only and more importantly within the physical existence, and further, in the semiotic connotation of the symbolic object itself. Likewise, the main symbolic objects Type A gets attached to during the post 9/11 discourse are barriers, barrels, large concrete constructions, and finally shooting targets. 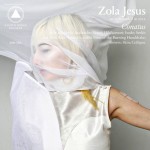 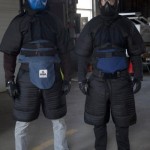