Paul Cary shares his thoughts on music, his carpentry and beauty tips for a blemish-free complexion. 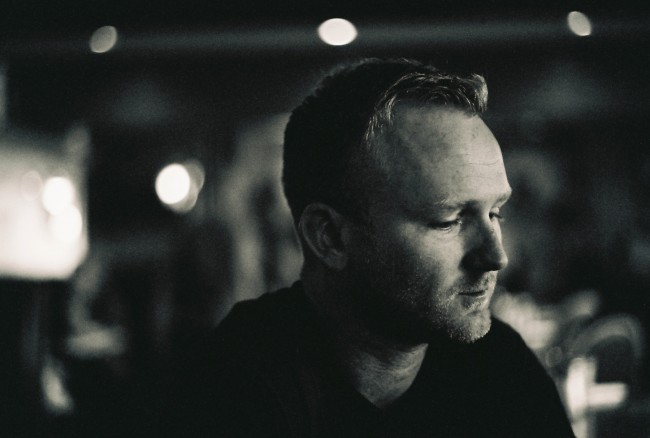 Paul Cary is a rockstar. If it’s proof you want, visit Candy Dinner and download 2008’s Ghost of a Man for free. Take a listen. Remember, this is coming from right here in Chicago. Are you swooning yet?

If name dropping is more your thing, know that in 2009 Cary released a split with San Francisco’s Thee Oh Sees, currently one of rock’s most notoriously on-point acts.

If you still need more evidence, head – private detective like – to Cary and his band’s next show and witness a crowd transfixed by one of the most pared-down, well-timed, awesomely gritty rock shows going.

Cary is also a carpenter, and recently started his own business. I had a chance to sit down with Paul and the band after a show at the Empty Bottle. I was interested to hear his take on balancing carpentry with his career as a musician. We also talked about his home life, the ideal woman, and his “Chicago Moment.”

F Newsmagazine: We were going to see if we could do a photo shoot with you, put makeup on you?

Paul Cary: What, here? I don’t know about that.

P: Are you trying to start a fight?

F:  You’re a singer-songwriter. Do you like playing with a band?

P: I just like the pressure to be off me. I tell everyone they’re great and then it relaxes me.

F:  Did you start out playing open mics or something?

P: Ahh, that’s rough, yeah, I tried that one a couple of times. I actually did one, a rockabilly one that went well, we got an encore. But …

F: Enough said. So I read this article in The Chicago Reader recently. A guy was reviewing a set of plays that were supposed to describe life in Chicago. He said he’d lived here for 20 years but would be hard-pressed to define his “Chicago Moment.” I thought that was really lame. So I was wondering, what’s your “Chicago moment?”

P: My Chicago Moment. I know what it is, for sure. When I just moved here I was taking a bunch of crappy jobs and I was a security guard downtown at all the “booty wop” clubs and stuff, basically breaking up fights for like ten dollars an hour with a bunch of punks. And, I thought about moving back to Iowa and then I remember standing at the bus stop and I was like, ‘No, I’m staying here, and I’m gonna do my thing,’ and I just remember it all kind of came to that. Go back with my tail between my legs or just stay here, and just keep doing whatever. And then, things happened, you know, I got better and better jobs, and starting playing with these guys.

P: I’m a carpenter. I was playing baseball with a bunch of carpenters and they asked me if I wanted to be a carpenter, I just said, ‘Yeah, sure.’ I just started my own business. I don’t know what I’m doing but…

F: Why do you enjoy carpentry?

P: Because it’s a break from music, it’s another way to lose yourself. I can just lose myself in that instead of sitting around worrying about trying to be a musician, or whatever. I lose myself in music then I lose myself in carpentry. It goes back and forth.

F: So, how do you know if a carpentry project is going well?

F: What about writing a song?

P: I ask John [Crawford, drummer/manager/producer] what he thinks and he tells me it sucks or he tells me it’s good. I know when I write a good song. I usually end up playing it for like an hour or two, in my house just walking around playing it over and over again.

F: Do you listen to music when you work?

P: Not really, not a lot. I listen to classical sometimes or A.M. radio, oldies, you know, nothing …. Something like that.

F: Do you have a favorite slow jam?

P: Like a hot jam? Like a nasty jam? Kelly Rowland “Motivation,” that’s my hot jam, that’s my slow jam.

F: What about carpentry?

P: Still trying to figure that out. I should be going to Home Depot right now actually. I’m thinking about getting up at seven and working. I just work by myself, all the labor, all that stuff.

F: Does that help or hinder your songwriting process?

P: Not the songwriting. If I’m writing a song I’m drinking coffee, there are no distractions. There’s no e-mail, none of that. No phone.

F: Do you live by yourself?

F: Is your apartment messy?

I’ll say this, living on your own, creative wise, is … like if you have a roommate and you’re trying to work something out, you censor yourself, because you’re like “Aw, I’m playin’ this song, I’m playin’ it, oh there’s my roommate that’s getting pissed off like he’s annoyed at me.” Yeah so I’m going to play quiet or I’m not going to try to write it the way I want to write it because I’m a little embarrassed or a little self-conscious. When you’re by yourself then you can just do whatever and then translate that to the performance.

F: Where did you grow up?

F: Who are your heroes?

P: Musically I would say Neil Young is way up there because I saw Neil Young play on Saturday Night Live, ‘Rockin’ in the Free World,’ and I was like, ten or eleven, and it grabbed my attention and I wanted to do that.

As far as real life heroes go, I don’t know if I would call him a hero, but someone I look to to give me strength is my grandfather, Lyle Vernon Cary, rest in peace. He was a World War II vet. He came back from the war and rented out a small corner of a welding shop in Decorah, Iowa. He had a great mechanical mind and could fix anything made of metal. After a few years there he told the owner he was either going to buy the whole place or leave his small corner. He ended up buying the place and worked there for 65 years until he died. Cary Machine and Welding is still up and operating and being run by my uncle Lyle Jr. He taught me that when you meet somebody you look them square in the eye, and you give them a firm handshake … somewhat of a lost art these days.

F: How would you describe your music?

P: Going to rock shows and not being able to hear the lyrics, I was like, when did this happen? I’ve been in bands where you just scream and you can’t hear the lyrics but when did vocals fall out of rock and roll? You listen to Credence, you listen to Faces, the lyrics are there and it’s important. It still moves. The Stones.

John Crawford, drummer: Not that we want to or even attempt to try to sound like Wilco but I think that they’re really interesting because they let the sounds guide them. That’s what the monks did, I don’t know.

Adam Penly, organ/trombone: Every album’s different, and I think that’s what we’re trying to do with our songs now, sort of differentiate them from one another

Paul: I mean, I have an ego, but I’m also willing to let it go, a little bit. Me and John are good friends and he has an ego, we all have one, whatever, but it’s a healthy thing, because it’s not about, “oh my God, I gotta have my guitar!” What does it need? What does a song need? That’s what’s important. To do a song, John you’re a great drummer, I don’t give a shit, does it need it or not?

F: So who produced your split with Thee Oh Sees?

F: It’s really well done. Same with your album Ghost of a Man. I feel like a lot of great rock bands never make a great album, and both of those albums are really strong.

John: I think that’s the thing. Doing it ourselves, it allows us to be happy with it. And go back and edit. We’ve scrapped so much stuff, and it’s not a big deal. We’re not in any rush. I’m willing to let that go because I like the process of it.

F: Okay, I have two more questions for Paul. Paul, what are the qualities you most admire in a man?

Paul: Good cuddler, good spooner. Ah, I gotta say, a handshake’s kind of important. I was taught that at a really young age. It’s cliché, but it holds a little weight in my book.

P: Being pragmatic. That’s a pretty good quality I would say.

F: What are the qualities you most admire in a woman?

P: Good handshake and pragmatic! …. Right bank account, no. I would say easy going goes a long way, being able to hang out, let things roll off. Easy going and … god am I going to sound like a redneck if I say good cook? Make me a sandwich better than I make the sandwich? Is that wrong?

F: Yes you can. What are your top beauty tips?

P: I got one from my mom. Toothpaste on zits. The pasty kind. Old man toothpaste. Gets rid of em overnight. My mom was a beautician.

P: We gotta start recording the next album. We have a festival called Brilliant Corners in Eckhart Park. It’s a three-day festival. The guy that sets up Pitchfork is doing it. It’s like a carnival, comedians, magicians, rides.

Paul Cary has been living and performing in Chicago for the past seven years. He has a website where you can learn more about his carpentry work. Paul and his band will be performing at the Brilliant Corners of Popular Amusements festival on Sunday, September 18 at 3 pm. 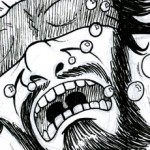