Pick a spot on your forehead and bash it. Rinse. Repeat. 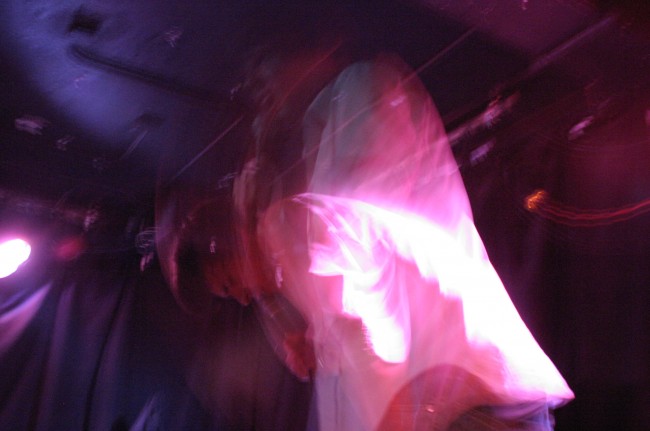 The lesson to be learned from John Maus’ live performance is that simplicity comes first.  And punching yourself in the face repeatedly is a close second.  His set at the Empty Bottle on Wednesday night certainly proved both points clearly, especially the latter, as Maus’ distorted face spouted out gasping, desperate versions of the once proud and triumphant songs on his records.  The man was beating himself up (literally) to alter his sound, and it was working.

Most of the audience picked up on Maus’ end-of-the-world demeanor and absorbed it in some way.  A few of the Maus-keteers in the front row were clearly in trance states, speaking in tongues and hovering inches off the ground, predicting the Second Coming of the Maus-ssiah.  A huge mob near the center took to dancing — the universal signal that your music is getting somewhere — further bolstered by the beer that flew over my head as a minor fight broke out between two surly gentlemen behind me.  But the vast majority sensed the undeniable intensity that was charging the air, which locked our sights firmly on that crazy man on stage and wouldn’t let us turn away.  Not for a second. 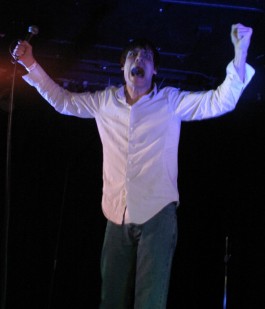 The opening bands for any show are usually somewhat agreeable, owing to the fact that they’ve usually been paired together as similar to the band you actively enjoy.  This was definitely not the case with Mr. Maus.  Prior to his set, Liturgy’s vulture-meets-black-metal aesthetic blasted through the Bottle with technical thunder.  And prior to that, Dirty Beaches and Frankie Rose managed to shrug off any concept of preparedness and play a short set of improvised Krautrock-flavored motorik.  I confess to not enjoying much of either set, but I do thank them for helping me see the value in John Maus’ one-man show.

Liturgy might have been technically perfect and stunningly crisp, but I never felt their spirits enter the music.  Dirty Beaches/Frankie Rose might have had the enthusiasm, but their improvisations ended up being one-sided, one-liner gimmicks — lacking the kind of depth that makes truly genius improvisers a joy to hear.

That night, Maus proved his worth as a performer — both as an advocate of the ultra simple setup (a console to cue backing tracks, a microphone with a digital delay effect and a bottle of water) and as a condenser of the quixotic souls of the room.  The latter, of course, was done by his picking a spot on his own forehead and bashing it repeatedly until a strange look emerged from visage and a raw, guttural roar shook the floorboards.

Maus’ centered but crazed performance looked as if it were about to give him a heart attack at any moment.  But something about his presence turned every intelligible lyric in his songs into a self-contained maxim — some strange phrase by which to live your life.  So when Maus sings, “They call me ‘The Believer,’” to close out his set, you never actually need to know what he believes in to believe in it too. 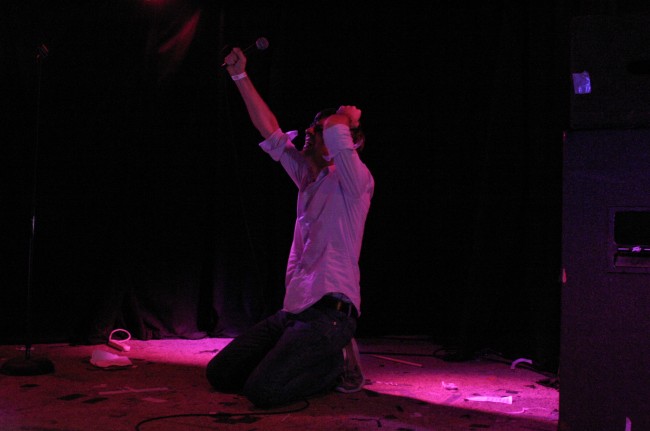 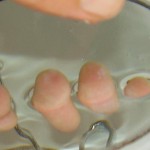 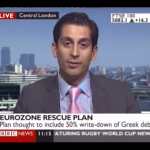 There's a Storm Coming that the Weather Man Couldn't...