This week, Mehri Khalil speaks with Cairo-based singer-songwriter Rashad “Rash-Radio” on his music and post-Revolution plans. Click on the links to listen to Rashad’s song, “Ghost,” “Don’t Stop,” and “Butterfly.” Mehri Khalil: You are an emerging singer in Egypt. Can you tell us more about your background? Rashad: Nothing special, really! Just your typical, middle-class …

This week, Mehri Khalil speaks with Cairo-based singer-songwriter Rashad “Rash-Radio” on his music and post-Revolution plans. Click on the links to listen to Rashad’s song, “Ghost,” “Don’t Stop,” and “Butterfly.” 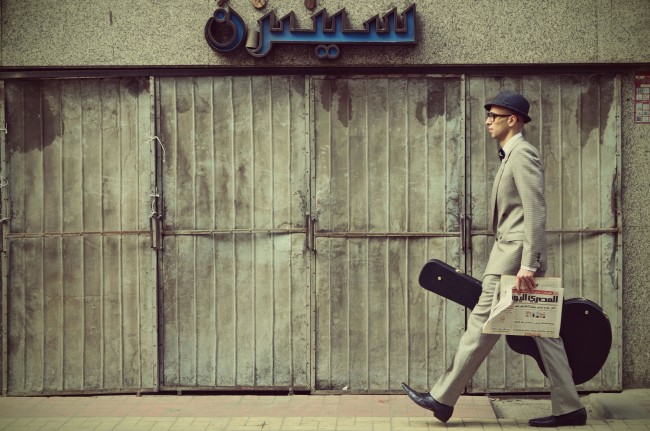 Mehri Khalil: You are an emerging singer in Egypt. Can you tell us more about your background?

MK: How long have you been writing and singing?

R: I’ve been doing this for about nine years.

MK: What kind of things inspire you?

R: Anything and everything can be inspiring when it presents itself at the right place and time. It’s all about your view on things. I think inspiration is a very complicated thing, at least for me. I don’t think any artist can put his finger on one thing he can go to for inspiration, otherwise you wouldn’t have such a thing as artist’s block. I believe it’s about how you view the world around you; and at a certain point of epiphany, anything and everything can be inspiring.

MK: Did the Revolution stimulate you to write new songs?

R: The events have been very emotional, so of course it has. I did however decided to keep the material to myself.

MK: Were you present in Tahrir Square between January 25th and February 11th?

MK: What did you see?

R: I saw citizens becoming owners, and sheep standing up to the wolves.

MK: Did you sing in the square itself? What kind of songs and with whom?

R: No, my stuff isn’t really what you would call “Tahrir material.” The stuff that was done there was mostly patriotic songs and chants to keep spirits up, and it worked quite well for that situation. My stuff however is in a completely different direction, and appeals to a different type of audience, considering of course the language barrier, and the context of the songs. As to why it’s different, I think it’s because the type of music that inspired me to start writing songs to begin with was not Arabic nor Oriental, but American and English music for the most part. 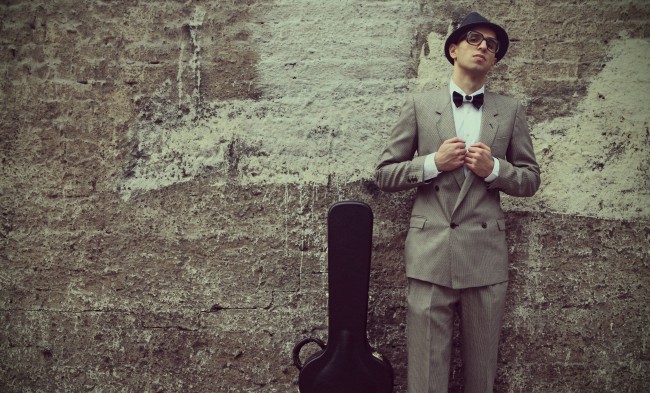 MK: Could you describe your music?

R: I don’t think I can describe my music, really. It’s just a mishmash of genres that I try to squeeze in together to fit my style of playing and singing. Think of it as flipping through different channels of a radio.

MK: What kind of music do you listen to?

R: The Dave Matthews Band occupies 99% of the music I listen to. I’m kind of a fanatic.

MK: Did you perform after the Revolution? If yes, where, with who, when and where?

R: I did, yes. I performed in a couple of festivals around town. Sometimes with my band, other times as an acoustic solo. The performances were OK, not great. Most of the festivals were held to collect donations for those who were financially damaged from the economical drop we had during the revolution. Unfortunately the festivals were poorly organized, and one of them had to be canceled halfway through for security reasons. On the bill we had bands like Wust El Balad, Cairokee, and many others. I think the audience had a good time, considering.

MK: Do you have any upcoming performances?

R: I have a concert coming up on the 15 of September at the Genina Theater in Azhar Park.

MK: Did you feel anything different after February 11th?

R: At the time it felt great, felt like you can do anything, and you had the power to change your country. But then you realize it takes more than that. Way more.

MK: How do you think the revolution changed or will change the art scene in Egypt?

R: I think we should wait till the actual end of the revolution to have an answer for that.

R: The revolution is not over, not by a mile. 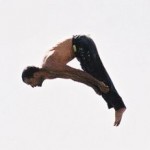 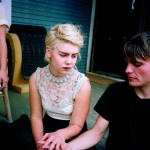