“Summer of Hate,” a show of photographs by SAIC student Nina Hartmann and artist Vinnie Smith, recently opened at Brooklyn’s Youth Group Gallery. But after speaking with Hartmann about her practice, the title hardly sounds applicable to her life. 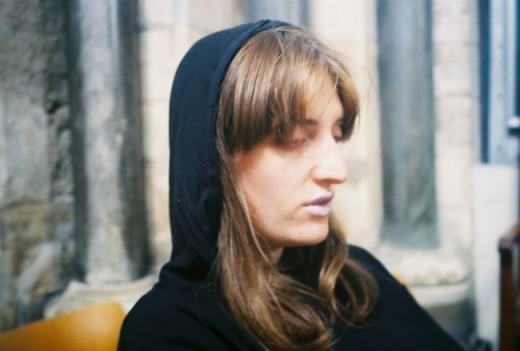 “Summer of Hate,” a show of photographs by SAIC student Nina Hartmann and artist Vinnie Smith, recently opened at Brooklyn’s Youth Group Gallery. But after speaking with Hartmann about her practice, the title hardly sounds applicable to her life. The Florida native has been hopping from Italy, to London, to Berlin with camera in hand, before landing in New York to prep for her show and work on forthcoming projects. I spoke to her before her last flight of the summer, a return trip to Chicago to start her junior year at SAIC.

Mia DiMeo: You were recently published in a large-format magazine distributed at the Venice Biennale and around Europe, and you’ve got the show happening in Brooklyn now. What else do you have going on?

Nina Hartmann: The publication is called Unpublished magazine, and the issue my photo was in also included some other SAIC students: Evan Jenkins, Casey McGonagle and Michelle Anderson.

I work with my friend Daniel Pelissier in Montreal who runs a DIY publishing company called BSVIV.  He put out a project called Young Healers, which released 12 zines monthly, over the course of a year. We  worked together on my latest zine, which was a split  six portrait zine with artist Sean Orena. I’m also working with fellow student Dana Bassett on a book.  We both grew up in Miami, and we’re working on releasing it through Roofless Records in the near future. 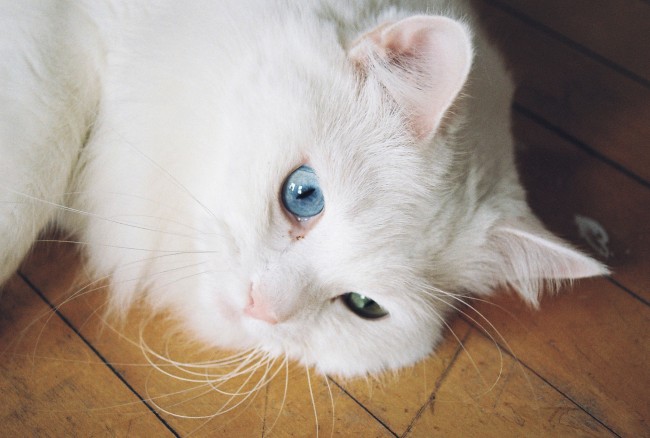 MD: Is it a book of photos?

NH: Yes, it is a book of my photos. It’s my first real book, so there will be some of my older work and a biographical narrative. I’ve also spent so much time archiving source material, found photos and things like that, that I’m going to focus on juxtaposing my photos with them. I want the book to be a conversation of different images.

MD: What camera(s) do you usually carry around?

NH: I shoot on a Contax TVS mostly. It’s a point and shoot camera with a Carl Zeiss lens. It’s a great camera, because it allows me to travel, without sacrificing quality. I find shooting with a big SLR it is very intrusive and changes the situation a lot, but with a smaller point and shoot, you can be subtle and capture things way more casually.

MD: What are some pros for shooting film, for you personally?

NH: The idea of having the physical negative of the photo makes it real to me, and I guess I need to have grain for images to feel real.  Digital is convenient and economical, but I started shooting film when I was 15 and never turned back.

MD: Do you think the resurgence in film and Polaroid film is just a hipster trend, or that there will be increased production in the future? Like with records…

NH: I think people are drawn to having things look old and gritty because of how clean digital photos look. For me, it’s way more satisfying to manipulate without the use of Photoshop, I swear! So I encourage people to go for film and  Polaroids.

MD: What else do you do with your images?

NH: I don’t use too much manipulation besides some color casts. I usually print pretty true to the negative. I like to print on Xerox paper or canvas. I’m also excited to start taking printmaking this semester so I can take it to the next level and work on re-appropriating images I’ve archived over the years.

MD: Do you document the “real” world or create a new one? Are these staged or snapshots?

NH: I’ve done both, but I like to think that I work somewhere in between. When I document events, I try to misrepresent them, and when I set up portraits, I try to draw inspiration from real experiences and emotion. 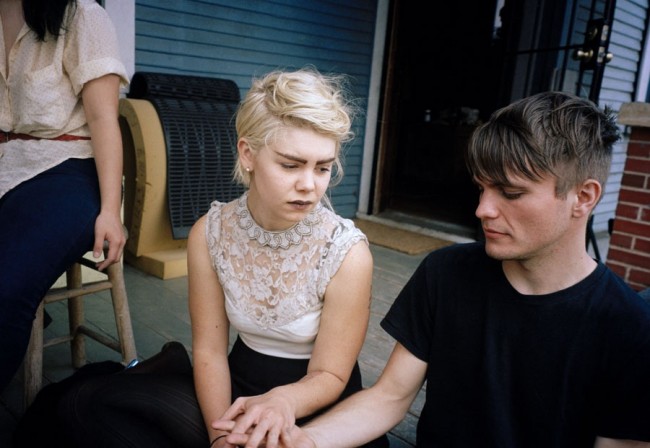 MD: By “misrepresent” do you mean manipulate?

NH: Kind of, yeah. By misrepresent I mean that I withhold a certain amount of information as the artist, but am not forcefully manipulating the situation.

MD: You have cool tattoos. Do you think personal style influences your images?

NH: Thanks. Most of of my tattoos are based on existing art, or represent a period in life, so more than my style influencing my images, my interests influence me as a whole. I think in the time we are living in, it’s important to be aware of what influences you. Embrace it instead of deny it.

I take ideas and imagery from album art, and allude to other artists very often, especially artists that work in very different styles that I do.

MD: Okay, so what are influences are you embracing right now?

NH: I’ve been working with a lot source material from the Manson “family.”  I’ve been really into this one member, Bobby Beausoleil’s music. He wrote the composition for Kenneth Anger’s Lucifer Rising. I’ve also been fascinated with Dennis Hopper and Danny Lyon’s biker culture photography recently, and Wallace Berman’s Semina publications. Kind of 60’s counter-culture outside of the hippie realm.

MD: Looking at some of the photos you’ve taken, it seems like they could also cross over into “fashion” photography, however that’s defined these days.

NH: I think I work in a very different context, and for different reasons than fashion photographers, but I’m attracted to depicting beauty, so I think we exist with the same goal. For me, it’s a true accomplishment to photograph something beautiful, but strange and terrifying at the same time.

MD:  I can see that in the beach photo, it’s a really powerful image formally, but also has this odd, open narrative.

NH: It’s actually one of the few photos I’ve taken in the past couple years that completely fell on my lap. It was a hot day at the beach in Miami, and my friend came out of the water bleeding.  It just felt so surreal and perfect to me, I’m really glad the photo came out as Lynchian as it looked in real life. It was an appealing frame to begin with: a saturated red bathing suit in front of an ocean, almost swimsuit catalogue material.  But then the blood on her knee completely throws it off. Some people don’t even notice it for a while.

I’ve noticed I tend to take photos of blood juxtaposed with some sort of bright and appealing color in the frame. I have some sort of urge to make work about how cathartic bleeding can be. What kind of comes to mind is Lucas Samaras’ Transformation: Knives (1968) sculpture series.  Playing with the ideas of violence and beauty, and how violence can be so easily concealed by aesthetics and familiarity. 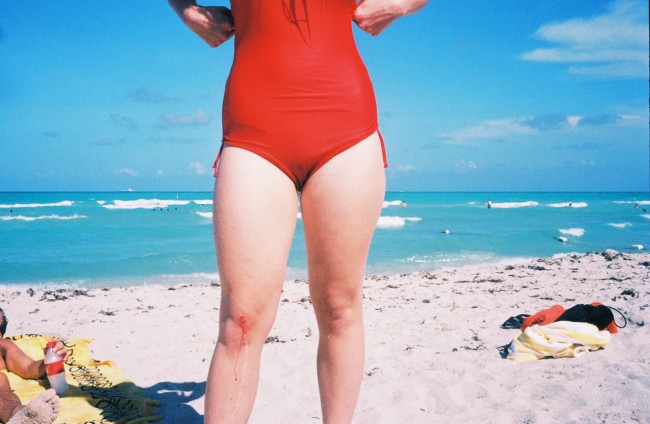 MD: Would you say you’re primarily interested in portraiture?

NH: Yeah, I would say so.  People are so complex — you can communicate so many ideas through people’s body language, environment, facial expressions, whatever. I’ve found that in a comfortable enough situation, if you communicate well enough to your subject the concept you are trying to depict, it becomes a self-portrait in a way. I have a tendency to photograph people I am close with over long periods of time. I’ve photographed my best friend Sara consistently for years, I feel so close to her, that I can represent a lot of things I experience through her. A lot of times when I shoot a portrait, it ends up becoming a collaboration, and the way the photo comes out depends on our relationship, the conversation, how much alcohol has been ingested, and so on. 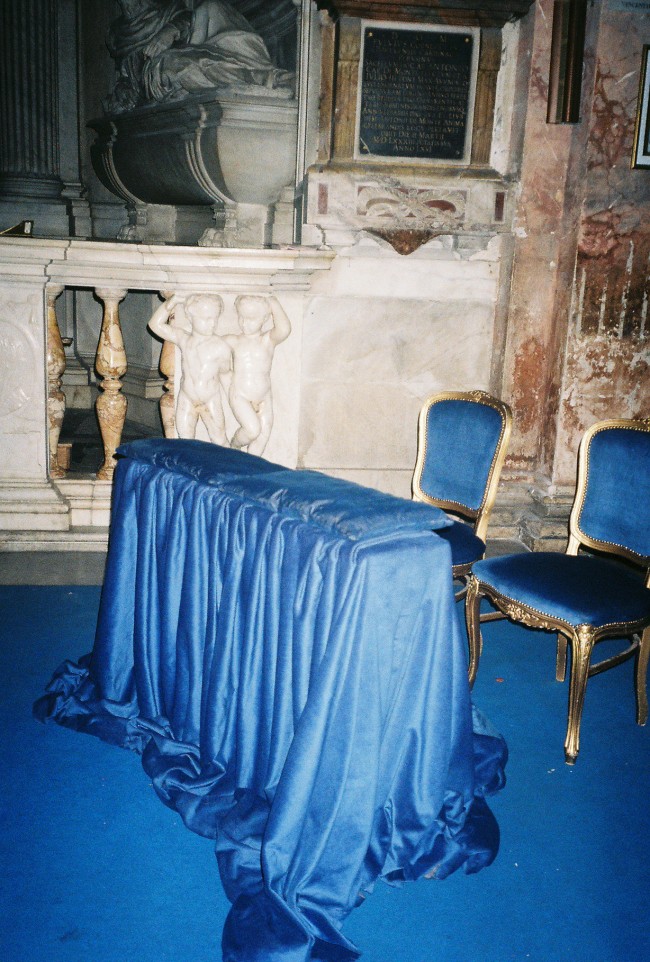 MD: We were in Italy together this summer. Anything you want to share from your Eurotrip that blew your mind — the pizza, the churches, Jim Yood?

NH: I had never been to Italy before, so going to all the churches in Rome blew my mind.  When you grow up in a country as new as America, it is so overwhelming to be in the presence of ancient objects and old architecture. 80% of the film I got back was taken in churches.

MD: Are you a religious person? Why churches?

NH: No, it’s not a religious thing. It has to do with the separation between the art and myself. I had a conversation about this with my friend Lele Saveri the other day (an artist who grew up in Rome). Young Italian artists I’ve encountered have a different appreciation for creative predecessors that worked in the Renaissance, for instance.

I’m so used to the architecture and modern aesthetics of America, it was hard to wrap my head around how amazing and loaded everything is in an old church. It was a new dynamic for me, and I was pretty taken by how beautiful and thoughtful art was over the entire city.

MD: Vero. We spent time in the eternal city with thousands of skeletons in the Capuchin Catacombs, and drank Peroni on a bridge under the summer stars. So I wanted to know, do you believe in ghosts or aliens? 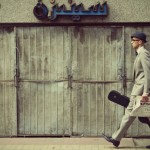 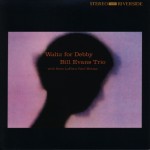