Director Martin Scorsese likes good stories. As he stated in an interview with the American Film Institute, the fascination with story telling drives him to record it. “Public Speaking,” his 2010 documentary which screened at the Gene Siskel Film Center last week, doesn’t make the art of speaking evasive to the audience at all. Instead, it throws author Fran Lebowitz’s witty speeches, bombastic monologues and eloquent public debate directly at the audience all at once. For a public figure like Lebowitz who always bears her audience in mind, being herself is the best form of acting.

Few would imagine making a living from public speaking. But to Lebowitz, money is not the primary incentive. The best thing in the world, according to her, is “people asking about her opinions,” instead of carrying out attentive conversations. As a disobedient kid who would always hide the “true” books she wants to read in her desk drawer to escape her parents’ inspection, she now jokes that her childhood habit of “talking back” turned into a paid job called “public speaking.”

Better still, after years of laying herself bare for public scrutiny, Lebowitz has grown into a quotable public figure, expanding her audience from the marginalized to mainstream intellectuals. Whether eclectic or discursive, her public speeches encompass every subject. Lebowitz doesn’t hold back from talking about her fears, which extend from digital clocks to strollers on New York City streets.

But Scorsese’s documentary captures a Lebowitz that is less self-centered than she claims to be. She doesn’t babble about her personal distress living on miscellaneous jobs when she arrived in New York in her youth, nor does she whine about her writer’s blockade like many other fellow writers. She has the broad picture in mind. Things like New York City’s tourism attractions and the contradiction of cultural elitism and democracy are top hits on her personal agenda. All she wanted to do was to sit around, smoke cigarettes and talk. “That’s the history of art!” Lebowitz says with unfaded enthusiasm. 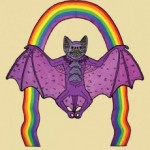 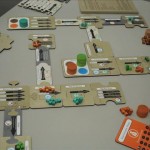 F Gallery Visits: Where is Where