A review of Malick’s most ambitious project so far

Reviews describe it as epic, vainglorious and even cosmic. This might sound overly exaggerated, but only before watching the film, which is indeed all that it has been described, in a strange and surprising way. Malick’s previous films, including “Badlands” (1973), “Days of Heaven” (1978), and “The Thin Red Line” (1998) seem far behind after watching Terrence Malick’s new Palme d’Or winner, “The Tree of Life” (2011).

As its title suggests, it is a movie about life, and as broad as the topic might sound, Malick widens it even more attempting to portray it in an almost absolute way. For a moment we are taken back to Malick’s previous country family’s stories, diving into their intimacy and their inner struggles, but this comfort zone abruptly changes, taking us literally everywhere and nowhere showing images of nature in its supreme majesty and strength. We see oceans, landscapes, sunsets, the mitosis of cells, shots from outer space, and yes, even dinosaurs. The journey is long and exhausting as we inevitably and often unsuccessfully look for meanings behind all those images. 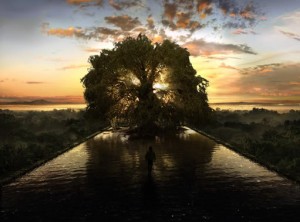 The movie starts as a flashback, following the story of a boy growing up in a modest family in Texas with a strict father, a loving mother, and two younger brothers, one of whose death is implied early in the movie, without ever revealing the cause. The 138-minute feature goes back and forth into the story of this family. Brad Pitt does a good job as a family man with its strengths and failures; Jessica Chastain is outstanding in the role of an almost angelical mother, and the young Hunter McCracken (young Jack) appears as a promising actor delivering smoothly as the protagonist of this complex story evidencing Malick’s characteristically brilliant direction. Sean Penn appears as the grown-up Jack in the first, and perhaps last movie of his career in which he doesn’t say a word on screen. He looks back into his childhood years and the disturbing memory of his dead brother from an unhappy life as a successful architect that finds it hard to leave his past behind.

The film asks impossible to answer questions like, What is the purpose of our existence in an infinite universe where our presence is almost insignificant? and What happens after death? or Where does life really happen—in our minds, or outside of them? We are left with too much to think about, and that is never a bad thing. As we watch, we are invited to choose between two ways of living: the way of grace or the way of nature, and this gives the film a religious tone that is perhaps the sole element that might keep the film from connecting with a universal audience.

Although this film is hard to write about and hard to connect with Malick’s previous work, it does show clearly the director’s most distinctive characteristic: his visual perfection.  As is Malick’s tradition, the cinematography is impeccable and every single scene is shot beautifully. Only a couple of moments contrast with this extremely careful aesthetic. Dinosaurs appear in the movie, in the most shocking of all scenes; the surprise is breathtaking but the CGI effects are not completely convincing and the creatures do not really match up with the rest of the imagery.

For moments it was hard to think about “The Tree of Life” as a film, instead of a very high quality experimental exercise, but it remains Malick’s most ambitious project so far. 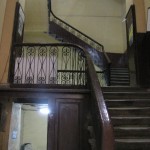