A lesson in staining the walls of the Sacré-Coeur 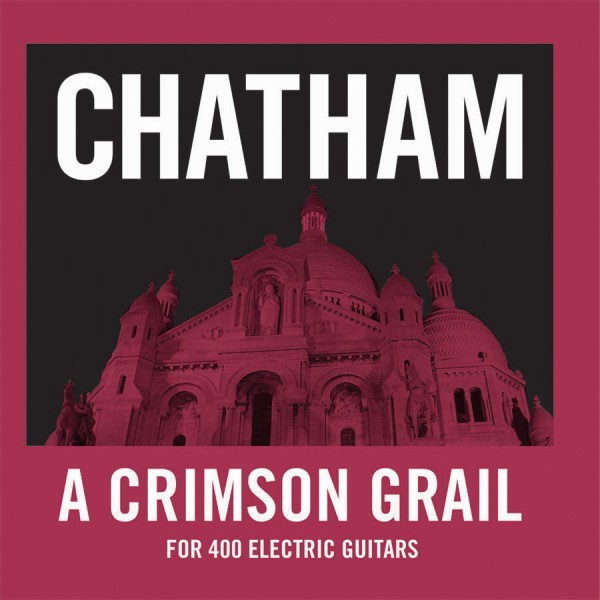 When it comes to guitars, less is usually better.  The vast majority of contemporary music’s most important figures have been based on the work of one or two guitarists working together with the rest of a band.  I’m thinking of figures like The Beatles, The Stones, The Ramones, Bob Dylan, Cream — the list goes on.  And before them, there were the folk singers and bluesmen whose spirit was even more minimalistic, sprouting up from the lonely crossroads and the sprawling backwoods of their locales.  Despite its stature, the guitar is never short on sound, and it shows it through the massive influence it’s had over the course of a relatively short amount of time.  When it comes to guitars, one is great, two is fine, and three is overkill.  Any more than that, and you might as well be playing “Freebird”.

Rhys Chatham disagrees, and does so stylishly.  400 is the magic number here, as in 400 guitars plugged in and strumming together in slightly modulated drones.  As far as titles go, A Crimson Grail sums up the sound of the record perfectly: flowing in shimmering unison like a bloody bordeaux tossed about in a regal chalice.

The work was commissioned by the city of Paris for 2007’s Nuit Blanche, an annual all-night arts festival.  I like to think that Chatham knew the problems associated with too many guitars (competing for the lead, convoluted phrasing, too much going on at once) and pulled them all into a dynamic where everyone would intentionally get lost in a haze of white noise and pure tone.  He knew it was to be performed in the halls of the Sacré-Coeur Basilica, literally the “sacred heart” of Paris, where the sheer force of hundreds of these powerful instruments could mix and collude in the air and still arrange themselves as a utterly sentient statement.  There could have been no other artwork to accompany this recording.

A Crimson Grail was meant as a piece written in multiple movements, much like an orchestral arrangement, except for a group four times the size of a full symphony orchestra.  Everything about the work is big, from the deep, soulful reverb of the basilica to the unapologetically heavy tone.  When Chatham starts the first movement of his work, excerpted above, the atmosphere changes color quickly into an aurora of vibrating strings which disappears in a flash as soon as the short tacets let the guitars ring.  It’s a bold, grand sound that builds itself into a heavy/light dynamic, encompassed by the rich crimson red letterbox around the crimson red facade.

In this excerpt from the third movement, we see a different dynamic, leaning much more on the heavy side.  From the start of this portion, Chatham and company doesn’t release the audience from the unmistakeable grip of electric guitar drone.  Out of a total of twenty minutes, there isn’t a single break in the movement until a momentary pause before the final coda.  This is most likely the truest manifestation of a wall of sound as is possible.  The portion excerpted comes from minute seven to minute nine, where the massive crescendo suddenly changes in character from a stoic musical golem into a ghostly rhythmic march.  Heavy and endlessly complex, this movement flexes the muscles of 400 guitar players and shows the audience exactly the kind of organized chaos it can wreak.

The cover art is understated and geometric, which is counterintuitive to the notion of 400 electric guitarists converging on a single spot.  But really, the neatness and calm confidence of the artwork is a clear statement that this in the work of 400 artists making a cogent statement with their instruments.  That chaotic passion is present in the deep red that surrounds the borders and even goes so far as to stain the walls of the Sacré-Coeur. 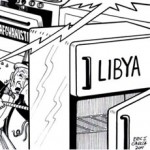 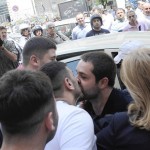