Don’t you hate it when cubist elephants crash your campfire? 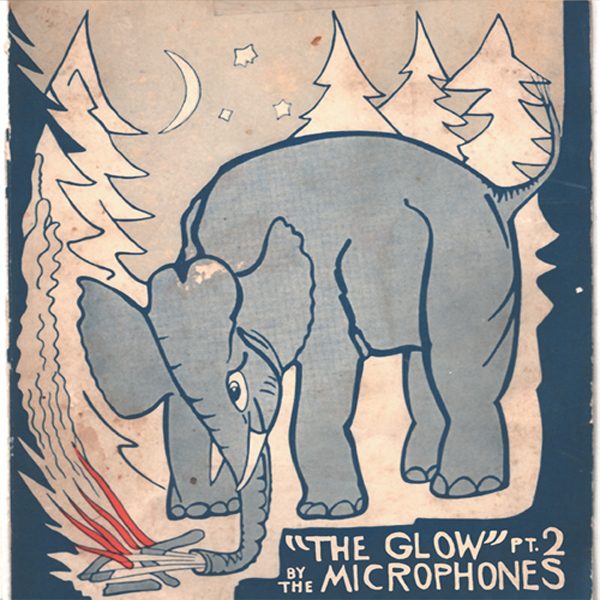 Don’t you hate it when cubist elephants crash your campfire?  The Microphones set up a scene that’s equal parts vast outdoors and eclectic quirks on The Glow, Pt. 2.  If there’s a theme to be had within the album, it’s the kind of left-field idiosyncrasy that can only be found in songwriter Phil Elvrum’s home state of Washington.  With the woodlands deep and the population consistently spacey, Elvrum harnesses the energy of his surroundings and paints them into a lo-fi landscape.  The elephant on the cover is what fits in the least with the forest night around it, but its also the most noticeable characteristic of the artwork.  Even when painted only in tonal shades of blue, a dirty white, and a scant trace of red, the elephant in the woods becomes the elephant in the room.  It lies testament to the feel of the record, though: unabashedly full of quirks, out of place but oddly moving.

For a track that appears fairly late in the album, “I Felt My Size” does a good job of highlighting how quickly the album shifts and changes its moods between extremes.  Starting with atmospheric noise and messy strumming, the song launches into a simple melody thick with metaphoric lyrics.  And although it isn’t always apparent what Elvrum is singing about, his vocals ooze with the urge to connect to the listener.  After less than a minute, a chorus of squiggly synths, honky-tonkish pianos, and the drums in double time bring on an aura of celebration, only to sink back again into a slow and heavy rhythm.  Eventually a chintzy chorus joins in for the finale of the song, which ends the main portion of the track.  The one thing left behind is the sound of a foghorn, which is a central sonic theme throughout the album.  I always marvel at how quickly the carousing symphony retreats into an extremely unsettling atmosphere, with only a far off foghorn as a companion.  It lingers in the background of your mind.  It taunts your sense of security.

“Map” is the kind of track that showcases the kind of bombast the Microphones are capable of.  The first 25 seconds of the track consists of our friend the foghorn, tolling like a bell, broadcasting its vaguely sinister message.  After that short interlude, all channels are jammed full of ear-splitting organs, blaring and distorted with each chord bleeding gratuitously into the next.  Backed by a thumping kickdrum and voices singing short phrases not quite in unison, the whole affair is an exercise in flooding your mind with bizarre soundscapes, which is only reinforced by the sing-song piano/drum combo that bounces into and out of the track in a fleeting moment of refuge from the pummeling waves of organ.  Near the end of the song, a new rhythm sets itself up only to disappear with a harrowing flurry of drums.  And we’re left again with a single subtle blare of the foghorn in the background and the hissing sound of empty space.

This sort of spatial ambivalence is what makes the cover’s elephant a relevant figure, though not in the way you might imagine.  The elephant is to the artwork as the foghorn is to the album’s sound: though it doesn’t fit in with the rest of its peers, that doesn’t discount its existence as an important figure.  Every time the foghorn blares in the eerie distance, it’s a trigger that serves only to remind us of its existence.  Similarly, it’s easy to remember The Glow, Pt. 2 as the album with a big elephant on the front, but sometimes it’s hard to acknowledge how bizarre it is to see an elephant blowing out a campfire somewhere in the Pacific Northwest.  It combines the big problems with the minor quirks, the latter of which the album is chock full.

As Allmusic says, it’s an album made for listening through headphones, which will undoubtedly help you to immerse yourself in the schizophrenic shifts; the charmingly childlike vocals of “I Felt Your Shape”, the hazy rush of “The Moon”, or the spine-tingling sustained note in the title track, among others. 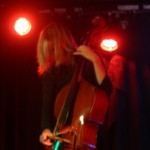 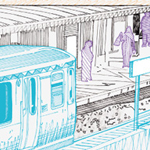