It has been referred to as the in-between, purgatory, the other-side, limbo, and the unknown. The theme of where we go when we die is explored in Urban Theater Company’s production of “Sonnets for an Old Century”. Written by Jose Rivera, the play is produced in collaboration with Steppenwolf Theater Company’s Garage Rep 2011, and this production is the Midwest premiere. 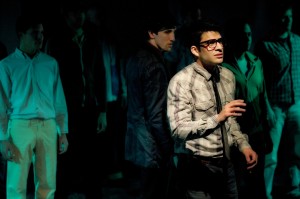 “Sonnets” consists of nineteen characters describing how they lived their lives. These monologues pull the audience in for intimate moments and then carefully extract them when moving the next character into the spotlight. UTC’s production was visually enticing and their sound effects helped carry the dreamlike theme throughout the piece. I commend Jordan Kardasz for lighting design, and sound designers Miles Polaski and Andrew Wheatley on their cohesive blending of these effects. 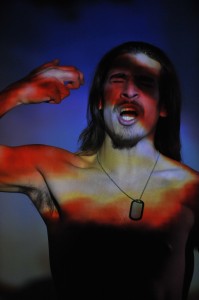 Director Madrid St. Angelo brings in a strong cast with a deep understanding of the play’s dialogue. At points throughout the 90-minute play, I wondered if it would be able to maintain the pace and keep the audience’s attention, especially when another round of about eight actors began their monologues. Each new round began without a small switch-up of humor, music, lighting, and choreography to keep the audience involved and ready for the upcoming stream of monologues.

Some of the most outstanding performances came from Sojourner Wright, as an African American mother worried for her young son growing up in a world that blames black children for everything. Her role was socially and politically aware and her performance was moving. Alex Polcyn’s monologue developed with mystery and humor and then hit hard to deal with themes that gave the play as a whole a darker turn. Amrita Dhaliwal, another standout actor, worked the romantic language of her piece and captured and innocence of her younger character. This is a play worth seeing for its raw experimentation and its visual and aural effects. 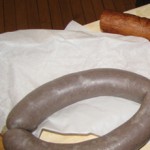 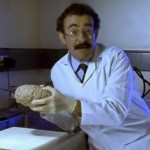