Live at the Metro: Wire

There comes a time in every musician’s career when they become a “cool dad” or a “rock mom.” It’s something of a blurry line, but here are some signs:

• You need reading glasses and a music stand to recall the lyrics of your classic songs.
• Fans in the crowd yell the names of songs that are older than they are.
• Your session musician is young enough to be your child.
• Your hairline goes back further than your discography.

Being a “cool parent” does have its advantages, though. For starters, aging taste-makers are staples in today’s nostalgia-mad society, thereby ensuring their relevance in youth culture. In a reflexive kind of way, age connotes experience, experience connotes respect, and respect connotes relevance.

Wire is a good example of this phenomenon. The band’s first three albums (Pink Flag, Chairs Missing, and 154) were created between 1977 and 1979—over 30 years ago. But these albums so heavily impacted current-day youth subcultures that no one seems to care about the age of the folks onstage.

Herein lies the problem: when Wire hears someone yelling, “1 2 X U!” (a song circa 1977), as they did this past Saturday at the Metro, they’re spiteful. No one in the band wants to be pegged for a one-hit wonder. They don’t gracefully accept “cool dad” status— they’d rather be a band of constant innovators and shape-shifting musicians. Fuck cultural relevance.

The last sign (and perhaps coup de grace) of being an aged hipster is the stigma of being a symbol more than a human being. This manifests itself usually in the live show, where people in the audience are more transfixed on viewing a relic of the hallowed past than a beacon of future innovations. As with many elder bands, this results in a wholly lackluster live show, smushed somewhere in the middle of those binaries, which is exactly what happened with Wire this past weekend. 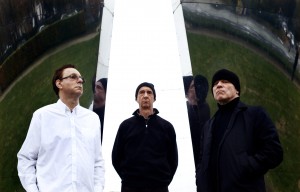 Throughout the show, it was difficult to get a reading on the band’s live experience, music, audience, ambiance and all. At times, the band seemed to channel some of their original liveliness through hypnotic repetitions and harsh, focused bursts of energy. There were instances when you could hear the glob of youth in the core of the work, scratching furiously to the surface, but when the music died down and you looked up, you saw the grim faces; tired faces.

It was the constant flip-flopping confused me. I came to the show expecting a burst of raw power to transcend generation and age, but what I seemed to get was a documentary of the whole thing. Not a first-hand account. The night came to its gurgling climax at the end of the second encore, when the band’s guitarist and front-man Colin Newman pulled out his iPhone and held it up to his guitar’s pickup, effectively broadcasting a prescribed sample through the house sound system. Forced, corny, cliché. “Cool dad.”

What to do with a travel grant? Go to...

One Response to Live at the Metro: Wire