The Dean of Faculty and Dean of Student Affairs confirmed the campus rumors that Patti Smith will be the headline speaker at SAIC’s 2011 graduation.

We are pleased to announce SAIC’s 2011 Honorary Degree Recipients: Patti Smith, Tony Jones, and Apichatpong Weerasethakul. They will be honored at the SAIC Commencement Ceremony—taking place in Millennium Park’s Pritzker Pavilion on Saturday, May 21 at 10:30 a.m. Each honoree has made significant contributions to the cultural landscape by pushing boundaries and creating new possibilities for art and design.

We look forward to honoring and celebrating these three visionaries at SAIC’s Commencement Ceremony.”

The body of work produced by American artist Patti Smith has influenced generations; across disciplines and around the world. A poet, singer, songwriter, photographer, and visual artist, Smith came into her own in the nascent cultural hotbed of mid-70s New York City as she merged poetry and rock in vital new ways. Her 1975 debut album, Horses is routinely ranked as one of the greatest albums of all time. In 2007 she was inducted into the Rock and Roll Hall of Fame. In 2010 she won the National Book Award for Non-Fiction for Just Kids, a bestselling memoir about her early days in New York when she met, and made art with, her friend Robert Mapplethorpe. Smith also has honorary doctorate degrees from Rowan University and Pratt Institute.

Chancellor of SAIC since 2008 and SAIC President from 1986–92, Anthony Jones is an internationally known arts administrator, broadcaster, writer, and historian of art and design. Born in England, he received his MFA in Sculpture/Painting from Tulane University, and continued with postgraduate study as a Fulbright Scholar. Jones served as Rector at the Royal College of Art in London, England; Director and later Senior Lecturer and Deputy Head of Sculpture at the Glasgow School of Art in Glasgow, Scotland; and Chair of the Department of Art and Art History at Texas Christian University in Fort Worth, Texas. In 2002 he was awarded the CBE (Commander of the British Empire), and has received honorary doctorate degrees from the University of Glasgow; University of Lincoln, England; Maryland Institute College of Art; and Memphis College of Art, Tennessee.

Born in Bangkok and raised in Khon Kaen in northeastern Thailand, Apichatpong Weerasethakul began making film and video shorts in 1994, completing his first feature in 2000. Often using unconventional narrative structures to address dislocation, personal politics, social issues, and memory, his films and art projects have won him international acclaim, including the Knight of the Order of Arts and Literature from Thailand’s Ministry of Culture, the Slipatorn Award, and the Fine Prize from the 55th Carnegie International. His feature film, Uncle Boonmee Who Can Recall His Past Lives, won the Palme d’Or prize at the 63rd Cannes Film Festival in 2010, making it the first Southeast Asian film to win cinema’s most prestigious award. 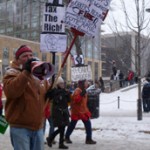 The Battle for the Unions: Walker Wins and We... 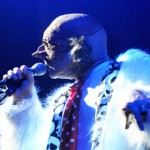