Last month, a $1 million gift was received by SAIC from the Margot and Tom Pritzker Family Foundation, designated to financially support students committed to the advancement of art and design in China and who intend to pursue their careers in China after graduation.

When graduate student Jiaxin Miao brainstormed the idea of laundering tuition money bill by bill, he hadn’t yet heard of financial aid at SAIC for Chinese students. In China, where student loans and fellowships are in short, the responsibility of paying for school falls heavily on the parents. The nine hour labor-intensive performance of manually washing, drying, and ironing $20,000 worth of tuition money calls to mind a pressing need to liberate art-making from financial hardship. “ Art is a luxury in that it’s not created to make a living. Artists need time to sit around and do nothing, and this nothingness leads to meaningfulness.” Miao said, “But last semester by taking up two TA jobs, I hardly had a moment of relief for myself.”

Fortunately, sympathetic philanthropists see that urgency too, and their generosity helps to assuage the encumbrance. Last month, a $1 million gift was received by SAIC from the Margot and Tom Pritzker Family Foundation, designated to financially support students committed to the advancement of art and design in China and who intend to pursue their careers in China after graduation.

This scholarship gift was announced during Chinese President Hu Jintao’s visit to Chicago, at a time when China’s surging economic status is drawing global attention for its arts and culture. A gesture of friendship on behalf of the people of Chicago, the endowment is symbolic of a desire to have deeper exchange with China and heighten a mutual understanding.

“It is common for donors to approach SAIC with a specific, desired intent for the scholarship gifts they are making.” said Cheryl Jessonge, vice president for institutional advancement, “The history of scholarship funds established by SAIC alumni, faculty and friends dates as far back as 1912. We have approximately 270 scholarship funds. Some donors may be interested in supporting undergraduate students, while others may be interested in making a gift that supports Graduate merit scholarships for Painting, etc.”

Details of how the scholarship is structured will be forthcoming in the next few weeks. Jessonge explained that the Pritzker Scholarship will be “aligned with SAIC in perpetuity as an endowed scholarship fund, with the annual spendable amount generated from the principal of the fund to be awarded to SAIC students for many years to come. “ This means the one million endowment will be put into a bank and last forever, while the interests generated by the bank will be awarded to students as scholarships.

Although this scholarship is dedicated to advance the arts and culture in China, it’s not exclusively available to Chinese students. Hiroko Saito, Associate of International Relations for Japan, expects SAIC to enrich its student diverse ethnicity by taking “students from Hong Kong or Taiwan” or “ethnic Chinese” into consideration. In response to this concern, Rose Milkowski, Vice President for Enrollment Management, clarified that students of any nationality who spent time living and studying in China, have incredible understanding of Chinese culture, and are willing to work in China after graduation will be eligible to apply.

Apart from enhancing the Sino-US relationship, the scholarship gift could also be viewed as a testament to SAIC’s long-term symbiotic relationship with China and other Asian countries. China was recently added as a destination of the school’s recruiting tour, during which information sessions are held for prospective students.

Professor Alan Labb, dean of technology, went on the recruiting tour in Asia last year. He spoke of the high regard for SAIC in Asian counties, “On the one hand, there’s the awareness that our programs are uniquely different than art academies they have there, while there is enormous awareness of Asian art in western galleries as well.”

Even though Dean Labb acknowledges that there are fundamental differences in the building blocks of the western and eastern cultures, the standard for admission is nonetheless the same as for American students. “We are looking for a sparkle of imagination and the ideas generation. Except the skill set, prospective students are also expected to be imaginative and easily fit into a transdisciplinary institution.” According to Milkowski, the admission decision is made based on three key factors: “The admissions office looks closely at students portfolio for their conceptual ability and technical skill set, grades they receive from the school in China high enough to make sure they are up for the rigor, and TOEFL score to ensure the students have a good enough mastery of English. ”

Numbers of Chinese applicants have been increasing continuously, and the school has no problem attracting Chinese students. But the Priztker scholarship could help to secure enrollment for Chinese students from lower income families. “We will identify the financial need of some of the students who are trying to come over, so that scholarship goes to the ones who would otherwise not able to come.” Explained Milkowski.

But will the funding open up a flood gate of cultural exchange? In SAIC’s mission statement of going global, the goal is the promote interchange between cultures. As Milkowski identified, “all students will then have an enhanced opportunity to be exposed to diverse cultures, modes of thinking, and various forms of artistic expression. “

However, could there be a lack of curricular interest in including multicultural philosophy and aesthetics? There are a few faculty members actively engaged in academic research and intellectual interest in Chinese culture and art on a professional level, but the school doesn’t have any Asian language course yet. So far, SAIC has only two full-time faculties teaching Asian art history and philosophy, and about five such courses are offered each semester.

In the case of Jiaxin Miao, he claims that his art is still rooted in his Chinese cultural heritage, but that he is trying to reach a wider global audience. Dean Lisa Wainwright has noted that “artists interact on a global level, with knowledge of the issues that affect artistic practice internationally.” In the context of cultural globalization, young Chinese artists trained in western institutions are faced with the challenge of finding their own voice and becoming independent thinkers.

Hopefully with the Pritzker grant, we will see an increase in SAIC’s commitment to conversing with Chinese culture. 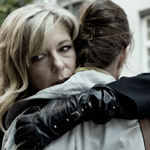