Why was Mubarak Late?

“He’s changing his facebook relationship status to ‘it’s complicated.'” This and other gems from Twitter today as the world waited in vain for Mubarak to step down. 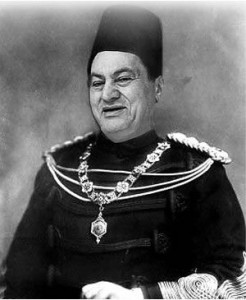 Viewers across the world tuned in to news broadcasting channels or streamed Al Jazeera live on their computers as news circulated that Mubarak was going to give a speech in which he would likely step down. We all tuned in … and we waited. And waited. And waited. And as the increasingly strained newscasters promised, “just a few more minutes,” we all turned to twitter.

Twitter was a defining force in the Janary 25 Revolution, and tonight, it also became a much needed way to relieve the tension, with #ReasonsMubarakIsLate. Thousands of users in Egypt and abroad tweeted their ideas as to why Mubarak hadn’t appeared yet, with particular gems including, “He’s changing his Facebook status to ‘It’s Complicated,” or, “He’s trying to google map Saudia Arabia, but forgot he shut down the internet.”

Unfortunately, Mubarak did not step down, and the protests will likely continue in full force. On a more serious note, Egyptian artist Huda Lutfi recently published a piece in the New York Times eloquently describing what it’s like to live right off Tahrir Square during the time of this revolution, and the bravery of the citizens who are fighting to protect their street, homes and neighbors: http://opinionator.blogs.nytimes.com/2011/02/08/war-and-peace-on-champollion-street/

Tomorrow, the leaders of demonstrations have called for a “Protest of 20 Million.” Look for more coverage on the situation in Egypt on fnewsmagazine.com in the coming days. 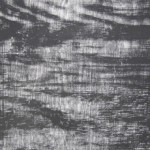 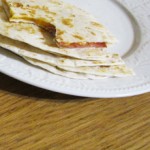 Waste Not, Eat Lots: Quesadillahh, What the Hell