Your diet is in desperate need of more pizza. We’re here to help. 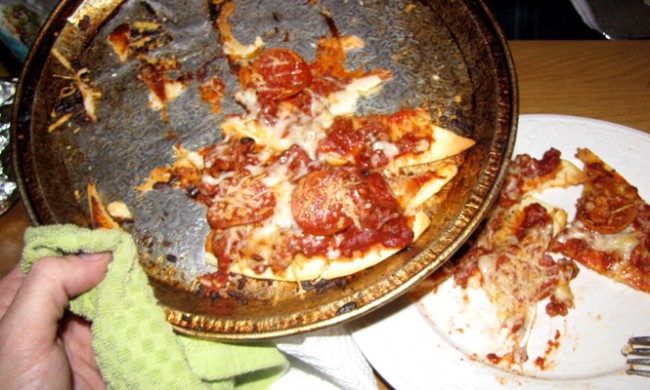 I’m taking a stand: pizza is awesome. If you have the necessary ingredients at your disposal to make pizza or something resembling pizza, there’s no reason to bother even thinking about eating anything else. This week’s installment of Waste Not, Eat Lots should hopefully give you some ideas for when you’ve got pizza in mind but not quite in your kitchen. 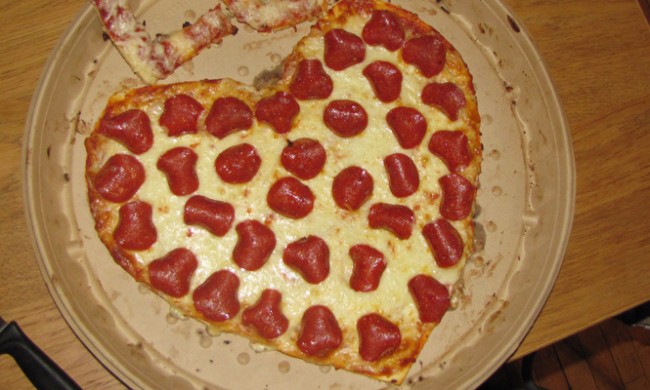 The inspiration for this dish materialized in the aftermath of a savory Valentine’s Day gift (pictured above). My chef-valentine prepared this most romantic gesture (I really love pizza) for me after a long day of school and daydreaming about pizza. It was gastronomically and emotionally satisfying, to say the least. She cut the form of the pie from a ready-to-bake (not frozen) pizza, and wisely saved the dough’s resultant “negative space” (there is nothing negative about pizza) for me to use at a later date.

That later date came this week as I found myself with leftover spaghetti sauce and no pasta. Thankfully there was still some (mozzarella) cheese and pepperoni sitting around from the love-pie, so it was pretty much an open-and-shut affair. I just layered the ingredients in the order you’d expect and added some Parmesan on top. The result was predictably awesome, however amorphous it may have ended up. 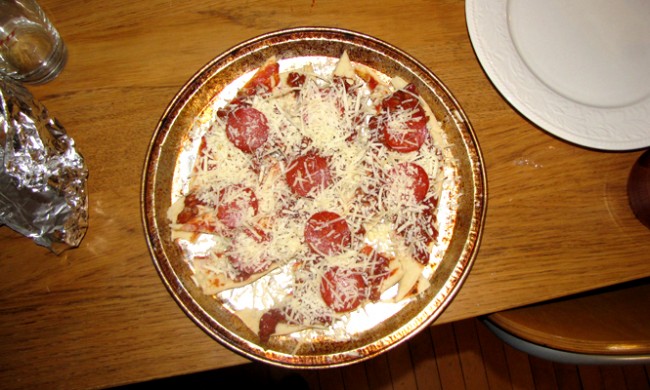 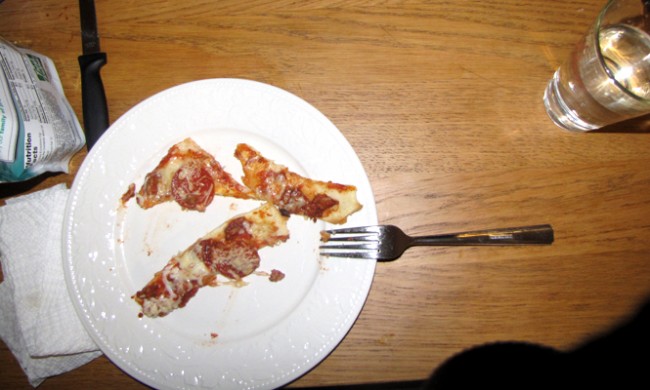 1 can of crushed tomatoes
4 cloves of garlic, diced
1 pound of ground turkey, browned in a frying pan
“Italian Seasoning” (from a jar… probably has oregano, thyme, etc.)
1/2 cup of red wine
salt and pepper

I know that, aside from maybe the ground turkey ending up on a pizza, this seems sort of tame for a food blog about throwing random stuff together. I’ll admit that I was lucky to have all of these ingredients at my house at the same time, but take this less as a new recipe to try and more as inspiration. Instead of pizza sauce, I used old pasta sauce. Take it a few steps further, get creative; I sure have. Below I’ve included a list of some of the ways I’ve satisfied a pizza fix in the past. Remember, always bake your pizzas at 450 degrees or hotter! And then remember again, let it cool down before you eat! Pizza burn can scorch the roof of your mouth and ruin your meal even if it isn’t actually “pizza” by the time you’re done putting it together. Have a great week!

-Instead of crust, use tortillas or bread.
-Use any cheese you have, even if it isn’t really the best idea (blue cheese pizza is good!).
-This should go without saying, but you can put hot dogs on anything.
-As much as I love cheese, I’ll be the first to tell you that most American pizzas are over-cheesed. If you’re eating leftovers or a frozen pizza, compensate for their over-cheesing with some extra sauce. Any tomato base will do, just spread some over the top of the pie before heating it up. I like to top these with spinach too.
-This isn’t really a cooking tip but I always like to mop up any leftover salad dressing with my pizza crust.
-Get two $5 pizzas from Little Caesar’s and put them together, cheese sides touching, to make a delicious pizza sandwich.
-Instead of sauce, slice up and use some fresh tomatoes.
-Instead of sauce, crust, tortillas, bread, or an oven, use your hand, some cheese, and some salami.
–Spaghetti-O Pizza! 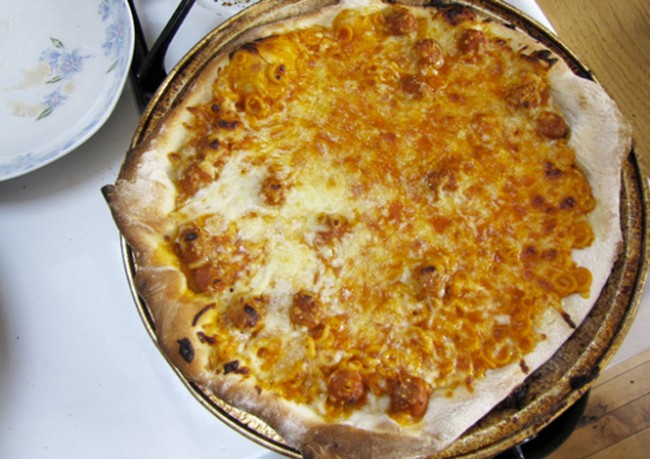 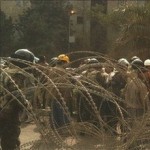 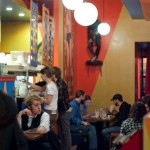 One Response to Waste Not, Eat Lots: Pizza Pile