It seems to me that Chicagoans have denied themselves the opportunity of participating in their own democracy.

Election Day is upon us after long months of campaigning. The night before, the brief glimpse of spring that we felt last week was replaced by freezing winter winds, but unfortunately that’s not all that was cold in Chicago.

I have to say I was disappointed by the general lack of investment exhibited by the people I interviewed in the Loop on the eve of the elections.  Yes, it was cold – but, to say “I don’t care”– to be completely indifferent and apathetic about the prospective government that will have such a significant impact on your future; well, let’s just say we can’t blame the weather for that.

It seems to me that Chicagoans have denied themselves the opportunity of participating in their own democracy. Democracy is not something we should take for granted. The current situation in the Middle East should surely have demonstrated that not all of us have the luxury of democracy. So, how and why are the people of Chicago so unconcerned with their mayoral elections?

Perhaps 22-year-old Roosevelt College student Sarah O’Neil has the answer. “I am a terrible citizen”, she told me. “I suppose, I should have an opinion but I’ve been really busy this week, I should educate myself more”  She added, “I think that Emanuel will win.”
It did seem as though the younger generation had less to say, and in time I was rewarded with a  few people who did plan to vote, and had some input on how they see Chicago’s future.  Unsurprisingly at this point all of them were over 40, and this made me shiver more than the cold.

Brian Carter, 45, out with his daughter on this chilly night, is employed in the public works system, and frankly admitted his concerns. “Ya I’m voting and ya this is important to me. I have a family – I’ve worked for this city since I was 20 years old,” he said. “That’s 25 years. I’m not sure about this residency proposal from (Gery) Chico. You need to support your city, that means living in it.”

Deciding that I was obviously looking in the wrong place I found myself at the Exchequer Bar and Pub, and I have to admit I had high hopes for this place. After all, the first restaurant established at this location (226 S. Wabash Ave.) was during the roaring ’20s. It was called the 226 Club. Rumor has it that the restaurant was a “speak-easy” and in those days, patronized by none other than Al Capone. I was hoping to find some real Chicago people, with actual opinions and a true political stance.  Mary and Scott Spencer did not disappoint me, though I should also mention that they were both over 40. When asked what they though about the prospect of a new mayor, they both shrugged and, grinning, Scott Spencer said, “ I think we’ll survive without Daley – I don’t think that’ll be a problem.”

This was followed by an “Oh Scott” quip from his wife, 41, an accountant who works in the Loop. “This is a new era,” she continued. “We need someone new. But we know nothing is gonna get fixed.”

Are Candidates Campaigning for Prominence Instead of People? 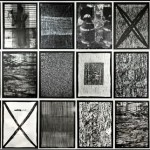