Chicago’s four leading mayoral candidates duke it out it in the final debate before the election February 22.

It’s a David and Goliath story where, this time around, David is likely to be crushed to a pulp underneath Goliath’s gargantuan sandal. But, for their part, the “Davids” put up a good fight tonight.

I just got back from the Mayoral debate, held at the Oriental Theater. I sat among some 2,200 people in attendance as ABC 7 shot the last mayoral debate before the election on February 22.

Chico, Chief of Staff to Mayor Daley, has called Emanuel a “pathological evader of the truth,” and basically accused him of directly or indirectly contributing to the current economic crisis, as Emanuel sat on the Freddie Mac board.

For his part, Emanuel seemed to be employing Muhammad Ali’s “rope a dope” strategy tonight, just leaning and covering his body while the other candidates wore themselves out throwing punches.

And the candidates have every reason to be manically throwing punches.

Emanuel has been endorsed by the likes of Bill Clinton, Barack Obama, The Chicago Tribune, and the Chicago Sun-Times. Popularity polls speak to his favor by a large margin.

Emanuel drew flak from all of the candidates for his proposal to reduce the Chicago sales tax wholesale, but to extend it to unspecified businesses. Emanuel defended his proposal, saying that taxes on luxury items alone (such as those paid by dog groomers) can not generate enough money for the city.

Throughout the campaign, Braun and del Valle alike repeatedly commented on the disparity between living conditions of the affluent and those who sleep in homeless encampments under bridges. In her opening remarks, Braun stated “Chicago works well for some, and not at all for others.” The strategy here, by and large, has been to advocate for minorities and the impoverished, and portray Chico and Emanuel as being too sympathetic to corporate interests.

While he has ranked remarkably low in popularity polls, del Valle generated surprisingly positive reactions from the audience, especially when he commented that Chicago citizens have paid $64 million in red light moving violation tickets. He spoke critically of Chico and Emanuel for exploiting their ties to big business and their politically powerful friendships. There too many neighborhoods in Chicago that are dire need of assistance, del Valle said.

When it came to issues of education, there seemed to be consensus that changes are absolutely necessary.

Chico boasted of his performance serving as the president of the Chicago Public Schools board from 1995 to 2001. Chico said that he wishes to continue to improve conditions at schools throughout Chicago, and drew criticism from Braun for not being attentive enough to the needs of underachieving schools in impoverished parts of town.

Braun also stated that an teacher is best qualified to serve as president of any group overseeing public schools. They recognize the needs of children, and don’t just look at them as “widgets in a spreadsheet.”

An area where all the candidates seemed to agree is that the Chicago Public school days and school years are simply to short for Chicago kids to be competitive in the national job market.

Many contentious issues to be considered here. Who is the candidate best qualified to lead this city? Who addresses your concerns?

If you missed the debate, here’s a recap from the Huffington Post.

And don’t forget to vote on February 22nd. 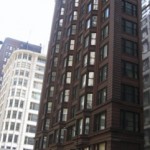 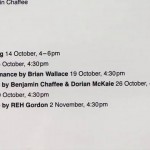