SAIC grad students Miao Jiaxin and Heeran Lee hand-wash, dry, and iron $20,000 worth of their tuition money, bill by bill. 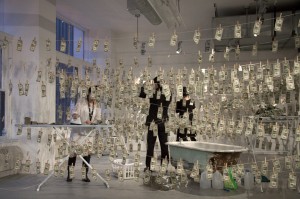 If you’ve ever thought paying your tuition bill was a daunting and laborious task, you might think again after watching SAIC grad students Miao Jiaxin and Heeran Lee hand-wash, dry, and iron $20,000 worth of their tuition money, bill by bill. The 9-hour performance, called “Money Laundering,” took place from 11 am -8 pm on Friday, February 11th, in the 3rd floor critique space of the Sullivan Center. Jiaxin, a second-year grad student in the photo department, said it was meant to create a visual measure of an art education. 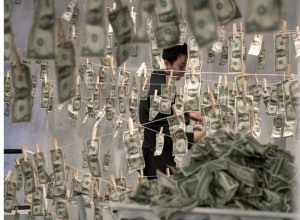 Lee, a first-year performance grad student from Korea, said via email that Friday’s performance was “a ritual activity” that would demonstrate “somebody’s burden of supporting [her] education in the U.S.A.” In an attempt to make the money as pure and clean as can be, Lee focused on enacting the labor-intensive process of washing, drying, and ironing, rather than simply exhibiting the 20,000 one-dollar bills as an ostentatious installation. 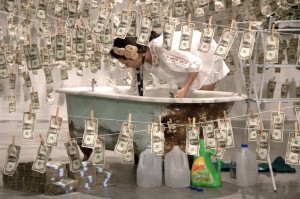 “We’re trying to question the balance between a tangible number and intangible art, using our performative bodies to approach the possibility of connecting these two things, which are so next to each other but hard to measure, especially when money turns to the pattern of green paper and almost loses its supposed function,” Jiaxin said Monday via email. 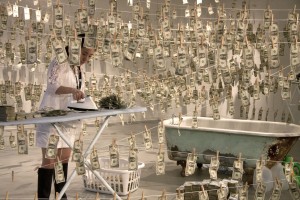 Friday’s performance was a manifestation of Jiaxin’s continued interest in creating a vision of China “gradually dominating the world economy by providing labor.” For the past year, he’s developed a Chinese businessman persona, in which he wears black suits every weekday during his classes and performs ironic gestures that demonstrate his slavery to the dollar bill. 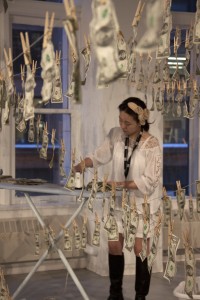 Jiaxin insisted that his performance with Lee wasn’t a protest of SAIC’s tuition, and it may have actually taught him that he’s a far better artist than a businessman; he and Lee are still struggling to actually count the massive stack of laundered dollar bills. 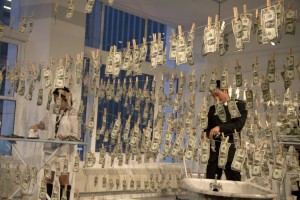 Lee considers the performance to be unsuccessful since she and Jiaxin could not finish laundering 20,000 one-dollar bills within the 9-hour time frame, which she blames on her body not being able to withstand the physical labor required of this durational performance. And even if her body had allowed her to launder the 20,000 bills, Lee said that there was yet another problem in finishing the performance: The school would only allow it to take place in the presence of a security guard, who was only hired until 8 pm. 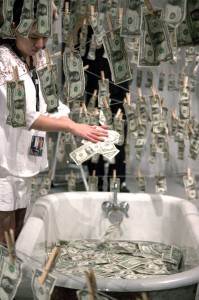 Finished performance or not, the school security might have another issue with Lee and Jiaxin if they don’t count and turn in their tuition money soon. “We’re now still dealing with the mess of the cash,” said Jiaxin, and Lee is starting to worry about late payment fees. 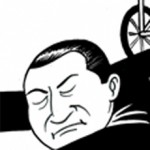 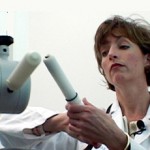 Get your Orgasm on at the Gene Siskel Film...