The Revolution Will Be Televised…

After protests in Egypt started earlier this week, the government responded by blocking twitter, facebook, and other social media sites in the hopes of preventing the young people who were organizing the protests from talking to each other.

Then, they disabled SMS service.

Now, they’ve taken it a step further and have completely shut down internet and phone service in Cairo and other potentially hot-bed areas as people take to the streets in the largest mass demonstrations Egypt has seen in recent memory.

The cuts point to two things: a.) the youth-oriented nature of the protests against President Mubarak’s government (unsurprising given the majority of Egypt’s population is under 30) and b.) the actual power of telecommunications, especially social media sites, which were an intrinsic part of both organizing the protests and communicating them to those around Egypt and outside the country.

I belong to a listserve through which Egyptian students (and American expats) had been sharing their experiences of the protests, violence they had witnessed, and shared hacks to get back onto facebook and twitter, since the tumult began earlier this week. Today, my email inbox felt eerily silent and empty–communication has been totally shut down. Inside Egypt, it has been reported that the Egyptian news and radio is claiming that everything is fine and the protests have calmed down; given lack of any other information, citizens in cities outside of Cairo have no way of knowing whether or not that is the case.

I urge everyone to follow televised footage of the situation in Egypt on Al Jazeera: http://english.aljazeera.net/watch_now/

Solidarity protests have been planned at U.S. and Egyptian Embassies across the world, including here in Chicago, today and tomorrow.

Like Uncategorized The Revolution Will Be Televised…
« Previous Story 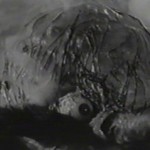 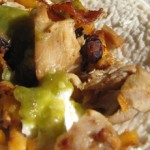