F Newsmagazine checks in on a few Propeller Fund winners to see how they are developing their projects.

Catching Up With Propeller Fund Grantees

Last fall, Chicago artists had the opportunity to apply for the inaugural round of the Propeller Fund grants. Funded by the Andy Warhol Foundation for the Arts, and administrated by threewalls gallery and the University of Illinois at Chicago’s Gallery 400, the Propeller Fund is a grant for Chicago artists and organizers who work on projects with a collaborative and public element. The awards provide substantial support for the major material costs for such projects (printing, rental, honoraria, material, shipping, and research time).

The Propeller Fund is an innovative granting model. The Warhol Foundation gives funds to local organizations in different cities. These galleries then re-grant the funds, providing a rare opportunity for artists and organizers who aren’t affiliated with a 501(c)(3) non-profit organization to get some funds. The thinking behind the grant is that small, self-organized projects are a major catalyst for the creative activity and vitality of Chicago’s art scene at large. These projects are responsible for much of the complexity and richness in our art community.

In its first edition, the Propeller Fund received 142 applications, out of which 15 winners were selected. The top five winners were awarded $6,000, while ten others received $2,000. Grantees were announced during a public ceremony on October 28.

Shannon Stratton, Executive and Creative Director of threewalls gallery, commented on the type of projects that were eligible for the grants. “From artist organized events, informal roundtables and workshops, collectively organized exhibition spaces, and publishing endeavors,” she said, “a large number of the activities that actively sustain Chicago’s artists are informal, anti-institutional, or inconsistent in public presentation. These three attributes simultaneously fuel projects and disqualify them from traditional funding sources.”

This informal, self-organized activity is abundant in Chicago. “The Propeller Fund is [intended] to encourage more varied models; to spread the activities into more diverse areas; to promote the public’s interaction with, and public recognition of such activities; and to spark ambitions beyond current formats,” said Stratton.

The Propeller Fund also provides marketing support and documentation for these projects. All grantees are required to supply text and images about their progress for the Propeller Fund website. The aim is to ensure that each project will reach completion, and live up to the artist’s proposal.

Unsurprisingly, InCUBATE, a staple of Chicago’s alternative art scene that is run by Bryce Dwyer, Abigail Satinsky, Matthew Joynt, and Roman Petruniak, won a $2,000 grant. “Paraphrasing artist Claire Pentecost: art is a place where we can struggle over and determine values in a really public way,” Dwyer told F Newsmagazine. “I think this is a good definition, because it demands that art has a productive stake in the world without dogmatically asserting what that stake should be. It’s up for discussion, and it requires the active participation of artists, publics, institutions, critics, and administrators to begin answering the question.”

InCUBATE is initiating Pilot Studies, an ongoing publishing project involving a wide range of collaborators, to gather strategies and perspectives on how to organize and support noncommercial, grassroots and community-based creative projects.

The Propeller Fund is a breath of fresh air for young artists who struggle to find support for their work. “It means so much. I have been working so hard on this. It is nice to finally get a little help. It feels like a nice warm hug from a friend you haven’t seen in a while,” said Todd Diederich, winner of one of the five $6,000 grants for his project, “Life is a Ball,” presented in conjunction with Sara Fagala, Melissa Marinaro and Solomon Arnold.

“Life’s a Ball” will be documenting Chicago’s ballroom scene. Diederich, Fagala, Marinaro and Arnold combine their efforts to work and bridge different communities. The project includes organizing a ball, displaying pictures of Diederich’s documentary project, and a photo shoot and fashion line.

While the Propeller Fund isn’t the cure for deep, systemic problems that have long plagued funding for the arts, it is an interesting model, and its replication by other granting bodies is worth considering.

Now that a few months have passed since the grants were distributed, F Newsmagazine decided to check in on a few of the winning projects to see how they were developing. Find out more about all the grantees at www.propellerfund.org. 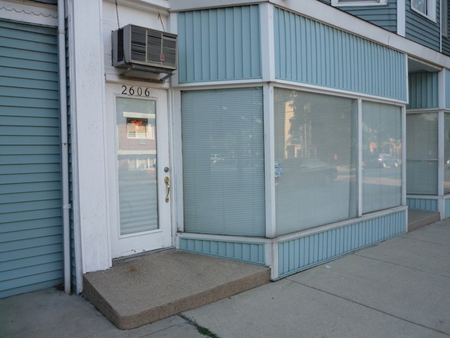 The Storefront Exhibition in the Logan Square neighborhood of Chicago. Photo courtesy of Alvendia.net.

Artist, curator, and DIY publisher Brandon Alvendia was awarded a $2,000 grant to help launch The Storefront, an event and exhibition space which is up and running at 2606 N. California. The Storefront is home to Alvendia’s much beloved Silver Galleon Press publishing house (whereby he cheaply prints texts acquired from the Internet, hand binds them, and distributes them in different ways). He just released his first project at the new digs: “Quite a Large Bite for Such a Small Berry. A Memoir by Vincent Dermody.” The Storefront is now also home to Alvendia’s own studio, and several other projects, including a 16:9 Club film series, an experimental educational series called HomeSchool, and more. www.alvendia.net

Jason Dunda and Teena McClelland, The Alliance of Pentaphilic Curators 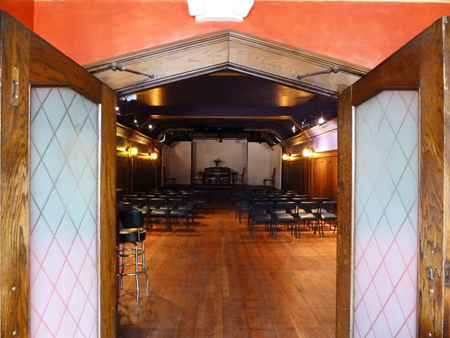 The Funeral Home for Five Funerals. Photo courtesy of the Alliance of Pentaphilic Curators.

SAIC’s own Teena McClelland (of the celebrated “Death by Design”) and Jason Dunda were awarded $6,000 for the production of, in their own words, “Five funerals [that] will take place in May 2011 at The Charnel House, a former funeral home in the Logan Square neighborhood. Each of the five Sundays will be dedicated to the contemplation of one ‘notional’ death and a celebration of its notable life.”

The duo solicited applications for the concept of each funeral, and they have now announced the schedule. May 1, guests can grieve “The death of multiculturalism;” on May 8, it’s “The Wake of the West and Cacti Call;” May 15, “The impending end & the new beginning of Cable Access Television;” May 22, “The passing of the handwritten letter;” and finally, on May 29, that saddest death of all, “The funeral services and death songs of Modernist Painting.” http://fivefunerals.com

Local writer Daniel Tucker won $6,000 to develop this book, tentatively titled, “Never the Same: Transformative Experiences of Art, Politics and Community in Chicago.” So far, he has solicited contributions from area artists to contemplate the confluence of art, politics and community in Chicago, and the importance of socially engaged art to the city. He is also pursuing related curatorial activities, and will develop the book over spring and summer of 2011.
http://miscprojects.com 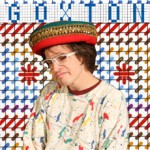 Paying tribute to the folks at SAIC who produce... 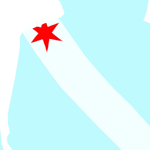