Indeed, these works are often sadder, referencing death and replete with skeletons, angry dogs and sex with satyrs. But they are also far less vigorous than the early prints. The artist said he started doing these small works on paper because he got too tired to paint; and that fatigue feels apparent.

“Rapture” has a special connection to Chicago: it had its world premier advanced screening here at the Art Institute in 1999. Upstairs at the Block Museum is another artist with a Chicago connection: SAIC alum Leon Golub (1922 – 2004), whose early prints and late sketches are on view as part of the exhibition “Live + Die Like a Lion?”

The title of the show comes from the title of one of those late, small-format drawings, and from the artist’s larger preoccupation with that powerful feline as well. The toothy beast more or less embodies the spirit of Golub’s work in general: the artist was preoccupied with movement and gesture, and his works on paper are often tinged with violence and a rough, at times bestial, eroticism.

“Live + Die Like a Lion” doesn’t have the compelling force of Neshat’s piece playing downstairs, but it is a nicely curated, academic museum show comparing Golub’s early experiments with lithographs and screenprinting techniques with his late, small format works on paper, executed in the few years before the artist’s death in 2004. And as in any dutiful museum exhibition, a few vitrines with archival source materials, letters and assorted drawing utensils are thrown in for good measure.

The best part is the display of the early prints from the ’40s through the ’80s. Golub’s experiments with lithography under the tutelage of Max Kahn at SAIC are beautifully worked, powerful images that push the envelope on the possibilities of printmaking as an artistic medium in and of itself (à la Rembrandt), as opposed to treating it as a mere method of reproduction. “The Prodigal Son” of 1948, for instance, is a heavy mass of blotchy black scarred by angry incised lines, and softened at times by blurred, faded areas; it compels the viewer to stay and look for awhile. 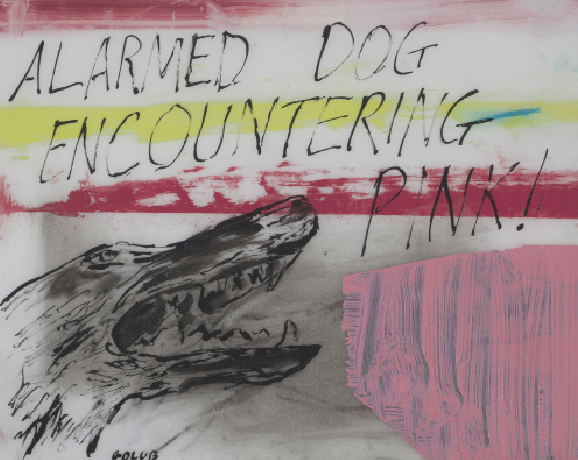 From these beginnings, the exhibition takes us next to the birth of Golub’s famed political activism in the ’60s, when the artist found the U.S. in Vietnam-era turmoil following his return from studying in France. The prints from this decade are larger, angrier, and explicitly political, sometimes created in partnership with wife Nancy Spero specifically to support activist causes, such as “They Will Torture You, My Friend.” Particularly powerful are the lithographs from the 1980s which angrily shake a proverbial fist at President Regan’s Reign of Whiteness.

Most of the exhibition, however, consists of the small-format drawings from the late 1990s and early 2000s. The curatorial narrative would imply a through-line of political vitriol, from an apotheosis of activism in the ’60s, to the despair of the George W. Bush years (especially post 9/11) that informs the late work.

The late works are appealing with their pop culture-inspired imagery, bold colors, scribbly handling and punk rock-like, angry captions, but lack the formal dynamism and urgency of the earlier works. Their weariness is evident in the lack of the real, explicit political commentary of the earlier prints, and the sad trotting out of sex scenes that are ostensibly designed to be salacious, but in reality are safer than similar drawings by old folks like Rodin. The viewer is left with the somewhat depressing sensation of witnessing portents of the artist’s own imminent demise. 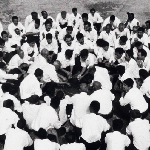 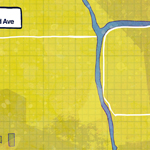