“…there was no breaking of arms or legs, no battering with clubs or tasers or any other weapon that they had at their disposal. Everyone who was injured was shot.” 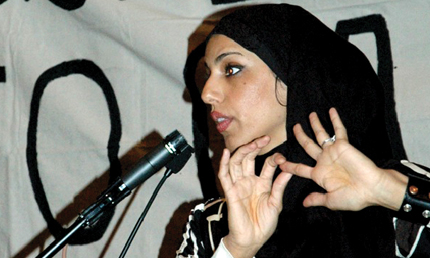 Since the May 31 Israeli raid on the Freedom Flotilla, which left nine Turkish activists dead, a grassroots campaign called the U.S. Boat to Gaza has taken off around the country. The coalition hopes to send an American boat named the Audacity of Hope on the next international voyage attempting to deliver humanitarian aid to the Gaza Strip. Gaza, described by some as an open-air prison, is blockaded by Israel and is in need of medical and building supplies, as well as other basic human necessities.

Fatima Mohammadi, an Iranian-born American citizen, lawyer, and activist, relayed her various experiences in Gaza to an audience on August 27, 2010 during a fundraiser hosted at the Grace Episcopal Church in Chicago, IL. She began with the conditions of her first two convoys into Gaza in July, 2009 and January, 2010, both of which entered gaza by land. While both trips faced strenuous legal obstacles and neither convoy was allowed to remain in the Gaza Strip for more than 36 hours, each was life-changing for Mohammadi. Of the Gazan people, she said, “They are our heroes. They are the ones withstanding unbelievable atrocity, unbelievable difficulty. We are simply coming in from our comfortable lives in the U.S. to take over the very basic supplies, yet they turn and call us the heroes.”

Mohammadi’s third attempt to reach Gaza with humanitarian aid was aboard the Mavi Marmara, the largest of a six-ship Freedom Flotilla. The vessel carried approximately 730 people from countries around the world and set sail from Turkey on Thursday, May 27, 2010. By the following Saturday the Marmara had connected with the five other ships and the fleet began its journey together toward the shores of Gaza — a destination it would never reach.

Mohammadi said she and the others aboard her vessel first spotted Israeli ships approaching around 11 p.m. Sunday evening. Zodiacs, small inflatable rafts carrying armed soldiers, surrounded the Marmara around 3 a.m., and within an hour the soldiers began throwing hooks and ladders onto the deck of the Marmara. A group of men aboard the Marmara responded by throwing the hooks and ladders off of the deck in an attempt to stop the soldiers. Before long helicopters approached overhead. Soldiers dropped from their aircrafts onto the top deck of the Mavi Marmara.

It is important to know, Mohammadi said, that the Israeli gunfire began before the soldiers boarded the ship. Having brought no weapons aboard the Mavi Marmara, the volunteers fought back with whatever they could. Mohammadi stressed the huge disproportion in the level of violence used on both sides. Nine Turkish men were killed, including one 19-year-old Turkish-American citizen, and the nine men had been shot over 150 times.

After the attack, the vessel was forced to make its way to Ashdod, an Israeli port north of the Gaza Strip. The passengers created a makeshift hospital on the third deck of the ship where Mohammadi and others aided the men who had been wounded in the fight. 59 men were wounded, and their injuries were inflicted with the most extreme methods, Mohammadi said: “there was no breaking of arms or legs, no battering with clubs or tasers or any other weapon that they had at their disposal. … Everyone who was injured was shot, and most were shot at least two, but mainly three to five times.”

The Israeli soldiers, now in control of the large ship, kept their loaded guns pointed at the passengers for the entire 12 hours it took to reach land. Mohammadi said that while still aboard the ship she held “a one-and-a-half-year old baby, the captain’s son, in my lap and he had finally fallen asleep around 7 or 8 in the evening, after hours of travel with no water and food as we were being held in the lower decks on our way to Ashdod … and [a soldier] came around and he was pointing the gun at the one-and-a-half-year-old in my lap. And I remember shielding him but looking at [the soldier] and saying ‘You coward … would you point a gun at your own child?’” She said the soldier gave no response.

After reaching Israel and enduring three days of imprisonment and processing — during which Israeli schoolchildren were brought around to watch the detainees — Mohammadi realized that “the torture, the degradation, the embarrassment, and murder … all of that is simply one week in the life of any Palestinian living in the occupied territories.”

Each of Fatima Mohammadi’s experiences in Gaza left her with a passionate urge to speak out about what she had witnessed. She hoped to convey the depth of her experiences in a way that would move listeners to be active in the cause of breaking the siege of Gaza. The U.S. Boat to Gaza coalition sponsored the August 27th event at which she spoke. The coalition, composed of activists nationwide, is locally organized in Chicago by representatives of the American Muslims for Palestine, Code Pink Chicago, the International Socialist Organization, and the International Solidarity Movement, amongst others. A definite date for the boat to set sail hasn’t been decided yet, but it is hoped to happen in November of this year. U.S. Boat to Gaza aims to involve more groups and individuals in its struggle. For more information visit ustogaza.org. 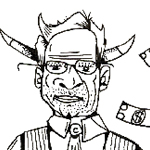