A Part of the Change

The role of social media in activism By Nick Briz Malcolm Gladwell, author of the “Tipping Point” and writer for the New Yorker, has caused a bit of an on-line ruckus with his latest New Yorker piece, “Small Change: why the revolution will not be tweeted.” As the title suggests, Gladwell isn’t buying into all …

The role of social media in activism

Malcolm Gladwell, author of the “Tipping Point” and writer for the New Yorker, has caused a bit
of an on-line ruckus with his latest New Yorker piece, “Small Change: why the revolution will
not be tweeted.” As the title suggests, Gladwell isn’t buying into all the hype which praises Twitter
and similar social networks as revolutionary. You may have heard of the “Twitter Revolution”
where ten thousand people protested the communist regime in Moldova. Or you might have
heard of another “Twitter Revolution” in Iran, where people protested against perceived
irregularities in their elections. Or maybe you heard when tweets spread news of the Chinese
earthquake before any news organization or even the U.S. Geological Survey caught wind of it.
For these reasons some, like Mark Pfeifle, have gone as far as to say that Twitter deserves a
Nobel Peace Prize.

A Nobel Peace Prize might be a bit extreme, but clearly there’s something to Twitter and
the role of social media in modern day activism. While we should maintain a critical stance on
Twitter and other social media (especially with regards to privacy issues) Malcom Gladwell’s
critique attacks precisely where its potential lies. Gladwell seems to think we’ve given Twitter
too much credit. In his piece, Gladwell compares Twitter to “traditional” activism, namely the
civil rights movement of the 1950’s and 60’s. He claims that the “weak ties” formed between
acquaintances within social networks aren’t enough to encourage the “high-risk activism”
necessary in a revolution and at best could maybe be helpful in finding lost cell phones (i.e.
Legend of the Stolen Cell Phone via Clay Shirky). The “strong ties” formed by close friends and
colleagues are what fueled revolutions like the civil rights movements — only these can instigate
real change and challenge the status quo.

Gladwell is smart and well-read, and he makes a compelling argument, but he’s makes
one key mistake — and that’s comparing Twitter to the civil rights movement. As Henry Jenkins
mentioned on his blog, Gladwell is “comparing apples to oranges.” Twitter is not a movement,
it’s social media, a platform, a tool. This is the same mistake we make when we call something
the “Twitter Revolution.” The protests in Iran were about the situation in Iran, not about Twitter.
Twitter was one of many important variables in organizing and mobilizing activists. Twitter was
the “megaphone,” as Mark Pfelifle puts it.

In Kevin Driscoll’s critique of Gladwell’s article, he explains that Gladwell has overlooked
certain aspects of the technology, including particular features and user scenarios which
add critical complexity to the argument. Driscoll explains that Twitter is a “non-prescriptive
communication platform (…) Each user experiences ‘Twitter’ differently depending on the time
of day and frequency she checks her feed, the other people she follows, and the interface(s)
she uses to access the network. Because of this flexibility, norms emerge, mutate, collide,
and fade away among Twitter users with a fluidity that may not be easily apprehendable to a
non-user like Gladwell.” Driscoll goes on to explain how friends and family within and outside
of Iran used technology (SMS in Iran & tweets in the U.S.) to form transnational bridges. He
writes, “Such connections among far-flung members of Iranian families represent strong ties of
a type similar to those that Gladwell admires in the civil-rights movement.” Such connections are
made possible via technology and social media.

Personally Twitter and blogs play an important role in my connection to Cuban politics.
I was born in the States to Cuban parents who moved to Miami to escape communist (or
rather Fidel-ist) Cuba. The media in Cuba, like everything else, is owned and controlled by the
government, so a very different picture of the island is broadcast to the rest of the world than its
citizen’s experience on a daily basis. More recently, thanks to brave Cuban activist/bloggers, the
perspective of everyday Cubans is finally finding its way out into the world. Protesting is illegal
in Cuba, any form of “civil disobedience” will land you in jail instantly. Social media has created
a space for Cubans to share their views and get their message out. Internet access is tricky to
come by for regular Cubans, especially after you’ve made a name for yourself as an activist/
blogger. But thanks to Twitter, via cell phones (and other tricks) Cubans have managed to get
their voices heard. Yoani Sanchez (Generation Y), one of the most prominent and respected
Cuban bloggers, recently made a post on her blog titled, “mobile-activism” of which the content
is simply instructions on how to enable your phone for Twitter access.

In the end, though Gladwell’s article is problematic, it does help to put things in
perspective. As Henry Jenkins notes in his blog, “critiques like Gladwell’s [do] important work —
it stirs the pot; it forces us to articulate what we really mean; the debates which follow clears
away old stereotypes and cliches.”

Like Uncategorized A Part of the Change
« Previous Story 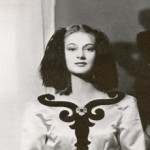 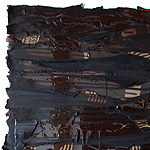