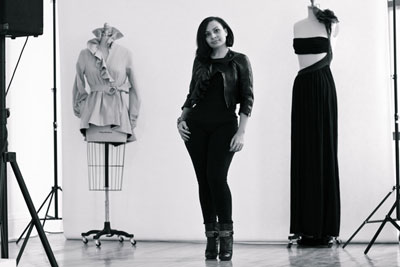 The TOYOTA Creative Global Network most recently expanded their network to Chicago in 2008, with their Creative Lounge Chicago—developed specifically to collaborate with artists and designers working in Chicago’s fashion world. To inaugurate their venture, the TOYOTA group teamed up with four local designers: Evil Kitty, SERPICO, Agga B., and Anna Fong, who work out of the Creative Lounge’s space and organize each of the activities the group sponsors. Fong, who was nominated as the 2008 rising star by Fashion Group International, owns her own namesake clothing design business in Chicago, and also does custom design work for private clientele. Fong has designed for multiple celebrities, and her clothing has appeared internationally in magazines and on high fashion red carpet runways. In anticipation of Fong’s next event—a fashion show at the Silver Room on July 24, F sat down with the designer to talk about her collaboration with Toyota and the Chicago Creative Lounge.

F Newsmagazine: How did your collaboration with the Toyota creative lounge begin?

Anna Fong: My collaboration with Toyota began in 2008. I became part of a competition that Toyota was holding in Chicago for fashion designers, hosted by the city’s Fashion Focus Department with Melissa Gamble.

The inspiration for the competition was a conceptual vehicle named the IREAL, which we were supposed to use for design inspiration. George Sipos, the representative for Toyota, went through an extensive process to choose four designers that, unbeknownst to us, would only mark the beginning of an exciting collaboration.

The other three designers [Evil Kitty, SERPICO, and Agga B.] and I were invited out to Japan to visit Toyota’s corporate facilities and to meet the engineers and designers that create the vehicles. There were many meetings and a lot of site-seeing in those few days, but that was the building of ideas for the Creative Lounge Chicago. George is the creator of this project, which is expanding across the world very quickly.

F: How has your collaboration with the Creative Lounge influenced your work and your business?

AF: My collaboration with the Creative Lounge Chicago has really influenced my work, my business and my personal life. Being in this environment has challenged my potential and given me, and other artists, an outlet for sharing our ideas and work. I’m in a space that leaves room to create and imagine, so for me there’s always an opportunity to build relationships on all levels.

Now that the Creative Lounge is expanding to other parts of the world, the possibilities are endless as to how we can connect with other artist and designers and learn about each other.

F: When did you start designing clothing? How does it feel to be where you are now, and a part of the Toyota Creative Lounge?

AF: I started designing clothes at age five, but didn’t realize it. I had an illustration of a ballerina hanging in my room and I decided I would start to trace her. That was the beginning of me sketching – I designed clothes for the many events my ballerina would be attending in her imaginary world.

There are moments in my life that have really been surreal. Those moments stand out because you actual catch yourself saying it. It’s been an amazing journey so far and I look forward to what’s still to come for my line and for the future collaborations with the Creative Lounge Chicago and elsewhere.

F: So, in regards to your upcoming show at the Silver Room, what is your concept for the clothing you’ll be showing?

AF: The concept for the upcoming show really is a celebration of summer in the city and the last day of a summer fling at the carnival. I want this show to be an exposé for designers who haven’t had the opportunity to showcase their work. There’s a lot of talent in Chicago, and neighborhoods like Wicker Park are great hubs for fashion lovers and young designers.

F: You’ve accomplished so much with your designing, and clearly have had a great deal of success—what comes next?

AF: I’d really love to show my line at New York’s Fashion Week next year. I’d also love to see more of my designs on the red carpet and in upcoming award shows.

AF: I think what makes the Creative Lounge Chicago different from other art supporting establishments is the Fashion Atelier that exists within the space. The designers residing at the Creative Lounge Chicago are from Chicago, and we are the ones creating these collaborations and events in the space. There’s always an invitation for other artists to initiate a collaboration for future events or exhibitions that we host or coordinate.

The Creative Lounge Chicago is a venue for inspiration for artists and those who appreciate art in all its forms.

In partnership with TOYOTA and the Chicago Creative Lounge, Anna Fong’s fashion show at the Silver Room will be at 5:00 p.m on July 24, as part of the Silver Room’s 8th Annual Sound System Block Party. Visit http://www.thesilverroom.com/ for more details.

Other upcoming events for Fong include: 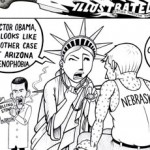 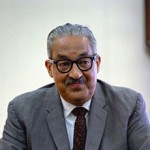