Tunes for a Sweaty Summer Night

Black Nag, Mazes and the Dutchess and the Duke on June 11, a sticky summer evening at Empty Bottle 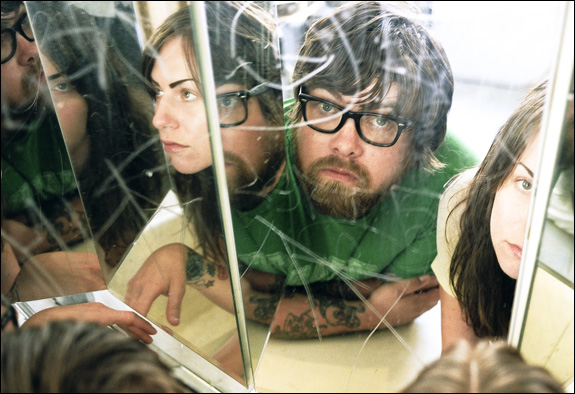 On June 11, a sticky summer evening was almost reason enough to head over to the venue/watering hole known as The Empty Bottle, where cold drinks usually sweat as much as the clientele. I was there to catch the decidedly folksy bill of The Dutchess and the Duke from Seattle, with Chicago-based Mazes and Black Nag. I was joined by a crowd packed with the requisite amount of plaid shirts, ladies in summer dress, and sandals more appropriate for traipsing through meadows than avoiding beer spills by the gregarious audience.

Black Nag started the evening just after 10 p.m. with rousing guitars accompanied by energetic front man Martin Billheimer’s grainy vocals and understated harmonica. The crowd responded with appropriate toe slaps and for an opening band, left me with the rare feat of craving more after their short set. Luckily, Black Nag perform around the city often, so a repeat viewing won’t be difficult.

While Black Nag left me wanting more, Mazes fell short of the mark with a standard set that produced one-liners in my notes like, “yacht folk rock”. Yacht Rock is a term coined from an online video series, from 2005 to the present, spoofing the soft rock careers of late 70s and early 80s musicians like Michael McDonald, Toto and Kenny Loggins. Nostalgia for the 80s is virtually unavoidable in popular culture today from film to fashion, but I’m not convinced songs like Mazes’ “Love to Lay” have anything to add, homage or otherwise.

After a longer set transition to the main event that had me pressed tight against the cool back wall, avoiding the shimmering slickness of the other overheated patrons, Jesse Lortz and Kimberly Morrison (the Duke and Dutchess, respectively), stepped to the stage. Lortz with bandaged finger from a kitchen accident, gulping whiskey and/or tequila for the pain, had enlisted the help of a guitarist from local favorite The Ponys to be his hands. Lortz and Morrison’s chemistry onstage was endearing, with beautiful vocal harmonies interspersed with a charming repartee littered with vulgarities. Most of the standout tracks came from their newest release, Sunrise/Sunset from 2009—an album that seems perfect if you have someone to share your bed with and somehow more so if you don’t.

Towards the end of their set Lortz and Morrison left the stage and equipment to perform standing on the edge of the bar, their voices straining over the noise of the crowd that slowly shifted to sing along with the duo, swaying arm-in-arm, glasses raised. With hair stuck awkwardly on their pink, glistening faces the two performed a raw, expressive ballad that made the show. After a return to the stage, Lortz circulated among the audience singing the final four songs to handouts of cigarettes and endless shots of liquor – appreciative tokens of a show well played. I can only conclude with a compliment that holds true for any live show of caliber: you just had to be there.

The Dutchess and the Duke: www.myspace.com/thedutchessandtheduke 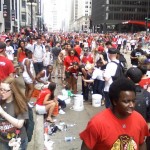