Thumbs Down for Chuck Workman’s Visionaries: Jonas Mekas and the (mostly) American Avant-Garde

Thumbs Down for Chuck Workman’s Visionaries: Jonas Mekas and the (mostly) American Avant-Garde 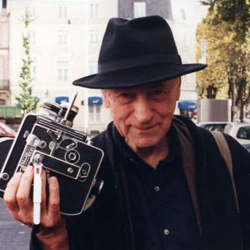 Director Chuck Workman’s film of tributes is a perplexing, impressionistic love letter to independent cinema and its champions. The director unsuccessfully attempts to echo his subject matter formally through an endless barrage of film clips, interviews and profiles that do little more than remind us of the problems of attempts to canonize the Avant-Garde. Workman’s attempt to discuss Michael Snow’s 1967 film Wavelength is a perfect example. Why show a condensed, time interval clip of a 43 minute film whose genius is reduced to a sped up check mark? Most of the films mentioned in Workman’s study suffer the same fate, leaving the audience with a less-than-enlightening list of work that could have been gleaned from any decent experimental film compendium.

While Workman’s commitment to trumpeting the image of cinema outside of the mainstream is clearly a labor of love, the historical narrative is muddled, and lacks critical insight into the legacy of film artists of the 1960s. Workman begins the film with a comprehensive nod to the history of Avant-Garde film through a montage of Surrealist, Constructivist, Pop and Structuralist film excerpts. It reads like a survey class in film history, but without the theory.

This approach informs the two main problems for the film-the question of audience, and of critical inquiry. Within the film, audience is defined several publics of peer video artists, film enthusiasts and the art gallery system. The position of the actual audience that is viewing Workman’s film, on the other hand, is less clear. Interviews with artists like Kenneth Anger, Bob Downey Sr., and Peter Kubelka are portraits in personality rather than explorations of craft with little outside commentary or context other than the requisite praise for Jonas Mekas.

Mekas, a filmmaker, critic, archivist and curator, is given his due partly through the displeasing aesthetic of a CNN-style crawler containing admiring quotes that were often unreadable off the top of the screen. Film enthusiasts interviewed while in line for a screening offer less information on Mekas, with few even knowing the name. If this lack of context for viewers is a criticism, it is one Workman is just as guilty of in his film that simply cannot contain its subject. Equally frustrating is a segment with Mekas at an exhibition honoring the work of his organization, Anthology Film Archives, at Stendhal Gallery in New York in 2009. Here the enthusiastic crowd who does recognize the name and reputation is shown swilling libations, while a gallerist bemoans the fact that nothing has sold. It’s cliché and uninteresting, especially when followed by Mekas explaining that sometimes one has to go through these events to support one’s cause.

As an aside, but recommended alternative, the Museum Ludwig produced an excellent catalog in 2008 chronicling Mekas’s influence, activity and work of the 1960s to accompany their exhibition Jonas Mekas. The catalog is filled with diary entries and interviews offering a more concise picture of Mekas’s connection to American Avant-Garde filmmakers than Workman’s well-intentioned, but poorly executed tribute.

This review refers to the Midwest premiere of the film on June 25, 2010, at the Gene Siskel Film Center. It is offered as part of the programming for the 17th Annual Chicago Underground Film Festival, through July 1st. 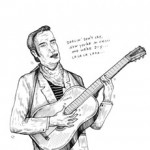