On the vertiginous 24th floor of the Hancock Center, 11 artists from the School of the Art Institute of Chicago are presenting their creative proposals for transforming urban space at the ground level. 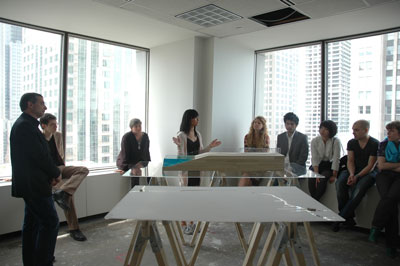 On the vertiginous 24th floor of the Hancock Center, 11 artists from the School of the Art Institute of Chicago are presenting their creative proposals for transforming urban space at the ground level.

The 10 graduate students and one undergraduate student from the Art Institute’s Spring 2010 course “Public Light and Space” knew when they applied for the course that it would culminate in an exhibition, likely at Gallery X in the 280 S. Columbus Drive building. But it was with the help of their internationally renowned instructors Jaume Plensa and Jan Tichy that they were able to secure the empty retail space just below Richard Gray Gallery in the Hancock Center (both instructors are represented by Richard Gray Gallery).

The resulting gallery space was as thoughtfully designed as the proposed public interventions themselves. In the evening, the darkness allowed the students’ projects to illuminate the gallery with hues of laser-tag green and robotic reds, mixed with some misty vaporization. In the daytime, sunlight streaming through the vaulted windows played on the mirrors, glass, Plexiglas, and unstained wood used throughout the exhibition, creating a surreal atmosphere around the carefully scaled models of the city.

The class was taught by John Manning, Chair of Art and Technology Studies at SAIC; Jan Tichy, who received his MFA and a Fellowship from SAIC in 2009; and award-winning sculptor Jaume Plensa, best known in Chicago as the creator of Millennium Park’s spitting video sculpture, the Crown Fountain.

“It’s called ‘Public Light and Space’ because John, Jaume, and myself as artists deal with light mostly,” said Tichy, who uses projection, LEDs, and lasers in his art practice. “That’s what we have most knowledge of, so that’s what we are giving to the students.” Tichy noted that most of the students’ projects also dealt with light. 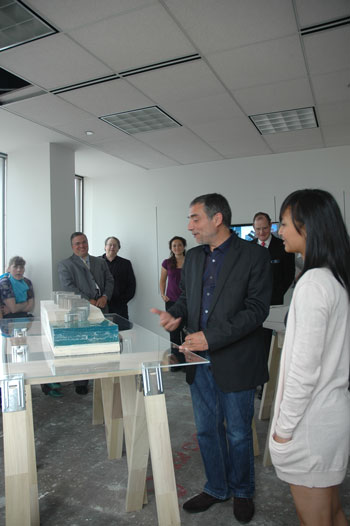 The instructors received 30-something applications and only enrolled 11 students from backgrounds as diverse as sculpture, architecture, design, visual communications, and writing.

“I think just the context of the class really set a high bar for everyone,” said Lisa Nonken, a graduate student from the Sculpture department.

“We knew from the outset that this was going to be substantive. I think everyone all semester long really pushed themselves to not only have a good concept but also to produce,” Nonken said, acknowledging that the six-credit course and resulting exhibition drove the students to complete highly finished projects.

When asked about the origins of the class, John Manning affirmed that Spanish-born artist Jaume Plensa, whom he worked with on the Crown Fountain in 2004, was the inspiration for the project.

“Artists need to be acquainted with some of the challenges that come with putting art into a public space, and Jaume has 40 or 50 major public pieces around the world, so he knows more than most people will ever know about what happens, what you have to do, how you think that way, [and] how to prepare [for a public art project,]” said Manning, who received his MFA from SAIC in 1981 and has been teaching at the school ever since.

As an instructor, Plensa’s main objective was to instill his students with a sense of trust in themselves and in their own intuition. “My intention was to explain or to try to pass my experience of, when you’re in school everything is possible, but when you go out in real life, it’s quite wild, especially the public space. The positive thing I guess is that all the students have a very positive attitude in front of the public space, which is one of the most important things for me–art in public space is really necessary.”

“I’m dreaming that one day politicians finally can trust artists as they trust architects and to really talk in dialogue with us, because we have a lot of good ideas to help communities grow up,” Plensa said.

For four of the 11 artists who participated in “Public Light and Space,” that ominous triangular tower downtown known as the Metropolitan Correctional Facility served as the location for their community intervention. Bree Gomez, the only undergraduate student in the class, recalled that during their location scout back in January, she was drawn to the prison site because it was desolate and dark.

“I personally was using light in a therapeutic way, healing the prison from the inside out by taking the phototherapeutic green light and implementing it into corridors within the building, such as dining areas where the prisoners would have access to this specific light,” which is used by the US Navy and the Army to cure major depression within four weeks of daily exposure, she explained.

Art and Technology graduate student Mitchell Chan’s proposal for a public project at the Metropolitan Correctional Facility was less therapy-oriented, but still emphasized sensory experience. Using light projection against a mad-scientist like vaporizing contraption that emitted a mechanical squeaking sound similar to that of a hamster wheel, Chan’s project was designed to release vapors of different shapes into the sky above the plaza in front of the Correctional Facility.

Ben Stagl’s project was even more dreamlike and hopeful, and though it didn’t require an extensive budget for light and vapor, it did require the participation of pedestrians. He proposed that passers-by would shine mirrors towards the sun, and communicate with the prisoners via a kind of Morse code of reflected light through the five-inch windows of the prison cells.

Lisa Nonken modeled a sculpture consisting of protruding tubes of neon light that would be positioned in front of the plaza at the Correctional Facility to create a visual presence for passersby to acknowledge downtown Chicago’s dimly-lit prison site. With the help of John Manning and what Jan Tichy refers to as “interteaching” (the act of students teaching other students programs that limited class time wouldn’t allow), Nonken was able to learn 3D animation in Google Sketch Up, which allowed her to simulate the full scale of the sculpture in relation to the prison.

Although some projects seemed more feasible to produce in a public space than others, all of the projects reflected Plensa’s own personal objective, which is to breathe soul into a public space.

“You have to know that the public space is not a museum,” said Plensa. “Public space has different rules [… it] is very wild and you have to survive in the middle of the forest, lets say. It’s very aggressive.”

Nonken thought the class adopted Plensa’s soulful sensibility as a way of thinking about public art, instead of just considering ways to “raise the least number of red flags for city commissioners.” Nonken laughed, acknowledging that she and many of her classmates would be graduating shortly and thrust into what Plensa calls “real life,” a wild forest where public commissions are refused more often than not and insurance can be more important for success than imagination.

But for Plensa, the acts of dreaming and finding inspiration are as vital as obtaining the commission itself. To his students, he assures that even if a project is refused, the model of the idea is still an art piece. He insists, “If you did the project fantastic, then the piece already exists.” 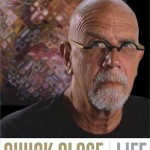 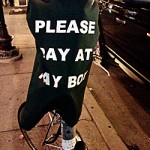 Chicago is My Kind of Town