Chicago is My Kind of Town

Our educators are, in fact, the gangsters, the “do-gooders” and the artists — and many of our citizens embody aspects of all three. 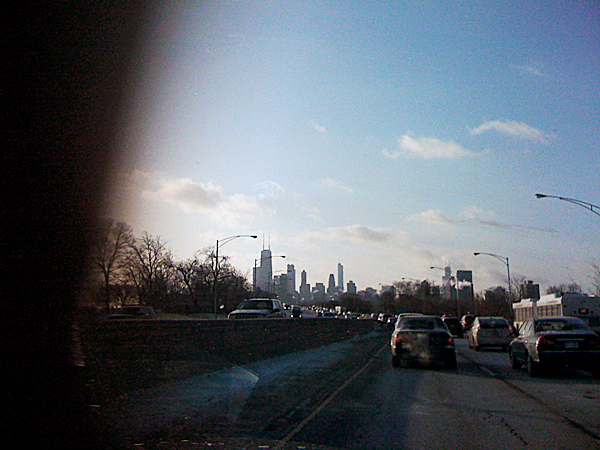 “The duty of the educator is to uncover the forces which form society so that the individual, equipped with the knowledge of the process, may form his own opinion and make a decision about his position in the world.”

The streets and the people are the driving force behind each city’s unique dynamic. In Chicago, this combination produces similar trends in the arts, politics, sports and themes of everyday living: work, party, work, structural constraint and formal freedom, straight-up and on-the-sly, cultural coagulations and mixed-batter collaborations. Our educators are, in fact, the gangsters, the “do-gooders” and the artists — and many of our citizens embody aspects of all three.

Chicago has always been known as a working town. At the same time, it has always been known as a social town – though this is not a “work hard, play hard” city the way Tokyo is. Here we work not for our names, but so our families survive. We play — in the restaurants and bars; on the beaches and in the parks; at the theaters, museums and galleries — so that we can survive. And the hustlers, particularly in the art world, blend the two together so that our city survives.

The city was built on a marsh, was rebuilt after the fire and was on the cutting-edge of public transportation way-back-when. We are a gridded city with a zero-zero point at the heart of our beginnings and a handful of streets that break the rules. The city’s architecture embodies every stage of its own development – continuing to show the rest of the world our innovative capabilities in creative thinking and in engineering. 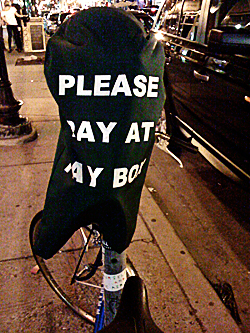 Our history does not disappear; it is forever in our blood. Comiskey Park and the Sears Tower will never cease to exist as such, despite corporations like U.S. Cellular and Willis Group Holdings sliding and slicing their way in, attempting to take over. On the flip-side, others moving in exhibit reverent respect — Victory Gardens and the Biograph have become one and the same. Simple examples, yes, but evidence of how change is manufactured in this town. We are a society that makes things happen on our agenda, individually or as a collective.

On the artistic front, we permeate all that we can. In the streets, in the storefronts, in the alternative spaces and apartment galleries, in museums and juried exhibitions, and in the lobbies and offices of banks and law firms. In the airwaves, on no formal stage at all, under the lights of small venues, in restored ballrooms and darkened theaters, and on college campuses. In our city’s many fairs and festivals, through the “mom and pop” establishments, in the local chains and at the franchises of multinational conglomerates. Despite any challenges faced, Chicago artists will figure out a way to be seen and heard.

Movements and aesthetics (artistic and otherwise) often start in pockets of our segregated city — many times in response to this very segregation. Sometimes it stays in the pocket. Lifts a culture up; brings a new solidarity and sense of identity. Often it spills over, and others, from different classes, ethnicities and backgrounds, get involved and find their place in an unfamiliar world. Those discovering new positions come with their own baggage, and their contributions to the city’s developing principles are that much the stronger for it.

Sometimes these explorers are accepted, sometimes not. Sometimes this integration of culture and purpose is real, sometimes not. And, yes, these patterns run deep throughout all of Chicago culture —Southside, Northside, Westside. From nighttime painted trains and permission walls to soul clubs, pool halls and frat bars. From the history (and varying support) of the Daleys and the Obamas to the projects dying and the condos rising. From the Payton and Jordan eras to the Sox and Cubs’s never-ending cross-league rivalry. From how the city makes money (parking tickets) to the filtration of our taxes to the top one percent choosing parks over schools.

If you are wise, you will pull your education from all the corners, all the alleys, and all the buildings. You will learn from the words and actions of all residents in our windy city (a phrase, by the way, that comes from our politicians’ deceit — not the jet streams and lake effect). Your place in our culture will never quite fit otherwise, no matter how powerful and satisfied you appear to be, or fool yourself into believing you are. Satisfaction does not come through isolation, especially in this town.

This may seem to be an unreasonable and exaggerated statement, however, when you get down to it you have not lived life — and Chicago is life — until you break out of your comfort zone. Until you push past the blatant American commodities and ideals and embrace diversity while maintaining pride in your own (mixed) heritage. And until you listen to the Chicago gangsters, the Midwest “do-gooders” and our unparalleled artistic masses – both under and above ground. 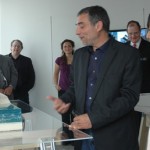