Interview with the “Duke”

F Newsmagazine met with the “Duke” to discuss his impact on the School, his expectations for the future of SAIC and what he plans to do post-presidency.

By Brandon Kosters May 7, 2010 Uncategorized 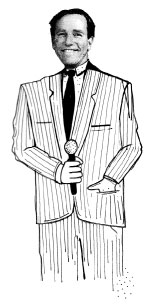 After less than two years of service, Wellington “Duke” Reiter announced his resignation as president of SAIC. In an email to the School and Museum communities on April 5, President Reiter said he maintains his affection for the School, stressing his desire to “to return to my ongoing work linking the fields of art, design and sustainable urbanism.”

F Newsmagazine met with the “Duke” to discuss his impact on the School, his expectations for the future of SAIC and what he plans to do post-presidency.

Watch our video of the entire interview.

BRANDON KOSTERS: I’m curious about what your expectations were in taking the job. Which parts of the experience [at SAIC] were congruous with what you had expected, and which were surprises?

WELLINGTON REITER: I took this job because of my love for art and design and the synthetic way in which [SAIC] puts them together. Given my background as a designer, as an artist, and as someone who’s administered schools, it seemed like a very good fit and I think it turned out to be in many ways.
The fact that [the School] is in Chicago, one of the premiere urban centers in the United States, given my interest in cities, was the other reason for seeking out this position. So that worked out really well, and it’s been a delight to be here for these two years.

BK: What do you feel you accomplished at SAIC? Were there any things you were hoping to do that weren’t accomplished?

WR: If you look at the agenda that’s sort of emerging from the strategic plan, I would say that many of those items were set in motion while I was here.
And if I was to list a few that really are important to me: increased focus on the undergraduate experience, and making sure that we’re building a holistic education — one that accommodates not only what goes on in the classroom and the studio, but what goes on outside because that turns out to be so important. Making sure students succeed. And certainly, getting the board of governors empowered, by giving them the tools they need to look at the school by taking them on trips. We went to at least seven schools on the West Coast and we looked at half a dozen schools on the East Coast, [thus] giving them a sense of the context of education in the arts and design.
[They are bringing] those observations back to SAIC for the benefit of this school — reaching out and making connections within the community, especially in areas where faculty and students are looking to make connections, either through places to exhibit or corporations that might want to interact with [what] we’ve got going on here.

BK: Looking at other schools throughout the country, what do you feel other institutions have that we don’t? And what do you think unique strengths of this school might be?

WR: The unique strength of this school, for one, is location. When we poll students and when external groups poll students, one of the things that comes up time and time again is being in a city, and being in this particular city. There are some very good peer schools out there who don’t have the setting we have and wish that they did.
We saw a range of things [at other schools]. We saw some schools that had, in my opinion, much lesser facilities, and maybe, on a number of fronts, didn’t live up to the standards we have here. And what we saw in some other schools were significant developments that I think are worth noting: aggressive movements into new media, building advanced facilities to accommodate new kinds of technology.
If you look at some of the extraordinary architecture and campus planning at MICA [Maryland Institute College of Art], that’s something we can learn from. I think what we saw was our peer group trying to strengthen itself across the board, and all of these schools responding to increased competition, if you will, from university models — even for-profit and nonprofit schools that weren’t on the landscape a few decades ago.

BK: In talking about work that is made to be sold — as opposed to work that might serve a more personal [purpose] for the artist — it seems like we’re in a situation at [SAIC] where there are a lot of conflicting views about how to balance these two practices, and if they should be regarded as two separate entities.

WR: People want to make sure that when they leave [SAIC] they’ve got some sense of where they’re going to be able to go and how they’re going to be able to support themselves. First thing I would say is they’re not mutually exclusive. There’s no reason why you can’t have two things, not only art and design, but let’s say different versions of how you might approach an art practice happening in a school at the same time.
I would go as far as to say that too much of a diet loaded one way or the other probably isn’t healthy. I’ve been [on] both sides of this equation. You produce some work that you simply have to produce as an artist. You’re not thinking about the market. You’re producing it because it’s simply within you and you’ve got to get it out.

BK: What do you think would have been important changes to ensure that students [are] employable beyond graduation?

WR: If the only focus is employment, then that’s a different kind of school. There are new schools popping up here in Chicago where as soon as you enter the doors they tell you about what it will mean [in terms of] your employability when you leave and will even speculate about your starting salary. I don’t think that’s what great schools lead with.
On the other hand, thinking about the skills you’re going to need whether for employment or a satisfactory life, are beginning to be attended to in ways I don’t think they have been in the past, nor with quite the same vigor. Focusing on writing, well-rounded liberal arts education, with this great supplement of studio arts. Creating what’s being called a ‘spine’ of courses that consistently causes you to check in, not only with our advising staff, but with the larger issues attendant with education.
A lot of what we’re doing is creating a bit more structure here that students will benefit from and have asked for since I’ve been here.

BK: When, and why, did you decide to resign?

WR: Nobody makes a decision like I’m making lightly. I have a family, and all kinds of external circumstances, and some things are being brought to bear here that are just, if you will, personal, and I have to keep those to myself.
There is a part of me that wanted to get back to that large-scale engagement with urban issues, with climate change, with how we in education bring students and researchers and our other colleagues outside the academy up to speed around these issues. I think the arts and design have an extraordinary role to play in that. Part of me wants to figure out how to get that done. So that’s a little bit of a personal journey that I need to make.

BK:: What was the most rewarding part of the job, and what were the most frustrating parts of the job?

WR: It’s been an honor to serve, especially the students. Students, on so many occasions, have impressed me with their wisdom, maturity, and their concern. I think students are much more alert to what’s going on around them and what they’re going to be venturing into then I know I was.
Challenges? Every school has its challenges. There’s no doubt that the fiscal pressures on [higher education] are extreme. Tuition can only go up so much further — it’s been outpacing the cost of living, yet we have greater expectations for schools all the time.
We have to think of the entire scope of the experience of students while they’re here. Issues of placement, more advising, more extracurricular activities that round out that experience [at SAIC] need to be attended to. Costs are increasing, but our ability to attract the resources [isn’t] necessarily keeping pace.

BK: Are there any seeds that you’ve planted that you hope will be nurtured in your absence? Where would you like to see the school in ten years?

WR: No doubt, based on what I’m seeing from the academic side of the house, the undergraduate student equation is being attended to in a really good way.
A bit more structure [in the undergraduate program] that ensures that students can feel a sense of progression? That’s definitely a seed that’s been planted.
I think increasing access to members of the design art and business community has been escalated since I’ve been here. Take a look at the Design Counsel, for example.
I think the student center, which should be operational on the first and second floor of [the Sharp building], is definitely a much-needed locus of activity for communication student-to-student, faculty-to-faculty, student-to-faculty, faculty-to-staff. This campus has needed that for a long time. I’m leaving here feeling as though a lot of things are in motion.

BK: What are you hoping to accomplish in returning to your own practices?

WR: In the coming year, I’ve dedicated myself to producing 100 significant drawings. I haven’t had a chance to do that in quite some time. I do believe sincerely there’s a role for the arts to play in communicating issues about larger societal concerns.
I’m going to take some time, get back in the studio — which is a place I haven’t been for a long time — and I’m also going to focus on at least three cities where I have some significant connections, and where they present extreme circumstances. One will be New Orleans, which obviously, post-Katrina, is in a difficult situation; the other is Phoenix, for equal and opposite reasons — one has too much water on occasion, one has none. The third city is Detroit, for different reasons — economic in this case.
If you look at these three cities, one could say they’re all ruins in the making. But if you think about some of the great delineators, like Piranesi, who really caused us to look at Rome through his eyes. Now it’s impossible to go to Rome without seeing it through those etchings that describe the rise and fall of Rome and what it means. I want to look at the contemporary city in the same way.

WR: I love this school. I obviously have enjoyed immensely the people I’ve worked with here. I’ve loved getting to know this community, and will be back frequently. I’ve made some lifelong friends here. 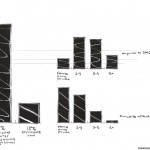