Intuit has declared itself in trouble. As of June 1, Intuit is going to start charging $5 admission to all non-members, and it’s in the midst of a pretty desperate quest to raise $15,000 in 15 days. Will Intuit go the way of Around the Coyote? 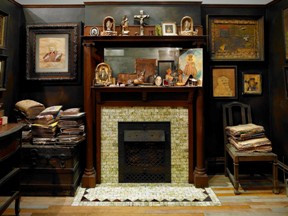 I recently read in Lauren Weinberg’s April 1st Time Out Chicago blog that Intuit has declared itself in trouble. The Chicago institution and spiritual home of the late, great Henry Darger has always been free to the public, in keeping with its mission of inclusiveness and community-building. But as of June 1, Intuit is going to start charging $5 admission to all non-members.

At the same time that it announced that news, the non-profit declared a pretty desperate quest to raise $15,000 in 15 days. I can’t tell from their website what day they’re on in the campaign, but as I write this post, they’ve only raised $1,590.

If this wasn’t so sad, I’d start humming “Another One Bites the Dust.” I intuited (yes, bad pun intended) that Intuit was in trouble when I started looking at their financial records from the past couple of years for a class project in the fall of 2008. Big changes in management, a fairly inconvenient location and over-reliance on volunteers are three variables that can be deadly to a small 501-c3 in this economy. Hopefully as locals become aware of the situation they’ll start donating; Intuit can’t go the way of Around the Coyote! (Look out for an article on the potentially defunct fair in the May issue of F). We depend on Intuit for the amazing the replica of Darger’s studio apartment, for exhibitions of Sock Monkeys and performances of the world’s only true flea circus! Not to mention the grog at the member appreciation events!

I, for one, will be renewing my membership in 2010. Here’s hoping many others will do the same.

If you’re unfamiliar with Intuit, check out their site here to learn more about their mission and programs. Click here to find out about the membership drive. 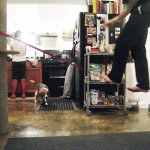