Free Booze or A Tale of Two Liquors

Around the same time that Grolsch decided to withdraw from the Chicago art scene, another shade of green began to appear in the hands of art aficionados: the unlikely drink that is Pernod Absinthe. 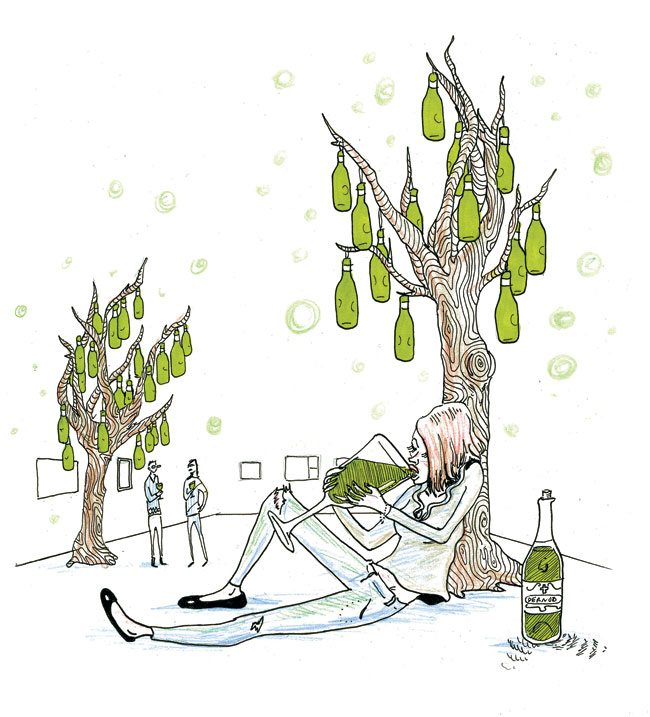 For the past three years, there’s been no avoiding them: those emerald green bottles with their distinctive flip tops — difficult to open for the uninitiated, but seductively efficient for those in the know. Grolsch, the Dutch lager (distributed domestically by MillerCoors), has been an indelible presence in the Chicago art scene since 2007, donating beer to nonprofit arts organizations across the city, commissioning projects and sponsoring major events like NEXT.
Until January of this year, that is. In December 2009, Grolsch announced that it will no longer subsidize free drunkenness. “As a result of tightened budgets, we’re in the process of evaluating several art sponsorships in Chicago and beyond, including the NEXT Fair,” Grolsch Brand Manager Brian Schmitz informed Time Out Chicago in January.

A New Drink in Town
Around the same time that Grolsch decided to withdraw from the Chicago art scene, another shade of green began to appear in the hands of art aficionados: the unlikely drink that is Pernod Absinthe. Also in January, Pernod began sponsoring threewalls, donating cases of the anise-y elixir for openings and special events, and providing free shots of absinthe for the MCA’s Free Fridays from February through April (potentially to be continued).
While at first glance this may seem like little more than a banal tale of corporate ups and downs in an era atmosphere of ever-tighter fiscal belts, it actually speaks to a nexus of questions regarding the goods and evils of corporate sponsorship of the arts —something that’s hardly new, often questioned and never resolved.

The Problems of Sponsorship
Time Out Chicago Art and Design Editor Lauren Weinberg expressed her distrust of such marketing strategies when Grolsch made its dismal announcement, declaring on the TOC blog: “I’m not drowning my sorrows. Grolsch wasn’t being gracious; it was pursuing a marketing strategy that didn’t pay off. …The beer had strings attached: During the past year, I lost count of how many show invitations I received that bore the embarrassing ‘Creativity…sponsored by Grolsch.’”
Former Grolsch collaborator and current SAIC student Allison Glenn (dual M.A. ’12) disagrees: “An in-kind contribution of Grolsch to a non-profit arts organization is a fantastic way for these establishments to focus on their programming while insuring that they can cover costs,” she told F. “The company always came across as very professional and discreet in their logo placement and advertising requirements.”

Corporate Dollars at Work
Glenn worked with Grolsch reps here in town, curating arts programs for Grolsch events (like the Jon Raffman Koolaid Man in Second Life screening at the Empty Bottle) and coordinating with the company when it sponsored events at the ALLRiSE Gallery, where she worked before starting at SAIC.
That Grolsch was going above and beyond donating liquor, to commissioning curatorial endeavors and art projects, speaks to the aggressive nature of this cross-marketing campaign. Groslch has become indissolubly associated with the arts — not just in Chicago, but across the world. The brand has sponsored art fairs from Miami to Johannesburg.

Why Grolsch Failed
Clearly, though, it was a campaign that wasn’t very successful, at least locally. Jeriah Hildwine, author of the Snack Report blog on the Chicago Now site — hence unofficial expert on all things consumable — explained to F that recession aside, Grolsch may have “figured out that the people who will drink Grolsch for free at art openings won’t necessarily go out and buy it later. Honestly, as much as I loved all the free Grolsch, I have to admit that I’ve never paid for a Grolsch in my life. … and I doubt I will.”
“I loved drinking Grolsch for free,” he continued, “it’s a fine beer, but the fact that I drank it for free pretty much every Friday for two and a half years doesn’t make it the beer I’ll buy for myself at the liquor store. If anything, and this is a kind of shitty thing to have to admit, but getting something for free for a while may be a sort of disincentive to paying for it later.”

Pernod Tests the Waters
Time will tell if Pernod will have the same problem. For the moment the company is taking a less aggressive approach, partnering up solely with the MCA and threewalls in Chicago, and sponsoring institutions like the Guggenheim in New York, LACMA in L.A. as well as an annual art contest.
Locally, Pernod’s bid for recognition is perhaps riskier than for Grolsch. Beer has historically been a Midwestern drink of choice, as opposed to Pernod’s strong-tasting symbol of Parisian decadence. But Pernod is trying to cultivate new taste buds. In an e-mail interview with F Newsmagazine, Pernod Brand Manager Brian Eckert maintained that the brand is committed to pairing up with local organizations and publics who show a “strong interest and support for creativity and the expressions of creativity, a characteristic that Pernod has possessed since its creation in 1805.”
Right. Creativity, and a remarkable ability to get people drunk really, really fast. Even with less of a physical presence in the scene (and Eckert was ambiguous as to whether Pernod has plans to expand to other local organizations), the new drink has generated plenty of buzz, thanks to the allure of the fact that it was illegal for a long time in the U.S. because of its suspected narcotic properties. Boasting a strong, unusual flavor and high alcohol content, it packs a much greater punch than a bottle of beer.
Jeriah recalls sampling the “Absinthe Cocktails at Irena Knezevic’s opening [at threewalls] … I was a fan, definitely. I had three of them and then spent five minutes trying to put my coat on. I had it upside down.”

The Ethics of Free Booze
Free inebriation can be great, but what of Weinberg’s complaint that, in fact, there is no such thing as a free lunch?
Might it not be disillusioning that even in the supposedly free forum of the alternative, nonprofit arts space, we can’t escape the spectral hand of the multinational corporation?
Apparently, most people don’t really care. As Jeriah states, “What I like about the refreshments is that they’re the one thing that we don’t have to take seriously. They’re just fun, and nice.”
But even more than that, he continued, the donated booze is also “a sort of reimbursement for the viewer’s time, transit fare on the CTA, and of course to make up for the fact that sometimes the art isn’t all that good. I can’t tell you how many times I’ve been to a night of openings and come away thinking, ‘Well, that art all kind of sucked, but at least I got my drunk on.’” 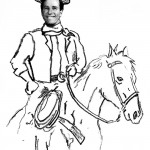 (The Duke) Riding off into the Sunset 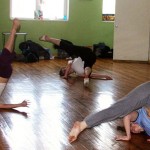 2 Responses to Free Booze or A Tale of Two Liquors