A Passion for Shaping Metal

The basement of the Columbus Drive building may not see a lot of sunshine, but SAIC metals professor Ron Lancaster illuminates the space with a hot torch as he shapes cold metal into art. 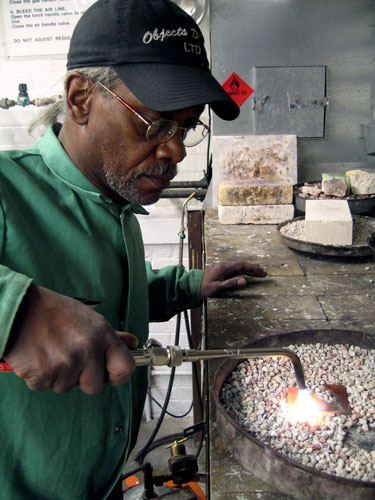 Text and photos By Jennifer Mosier

The basement of the Columbus Drive building may not see a lot of sunshine, but SAIC metals professor Ron Lancaster illuminates the space with a hot torch as he shapes cold metal into art. In this secluded underground space, Lancaster stands out in his signature Rolling Stones jacket and hardened hands. The Stones have been around since his youth; the look of his hands took time.

“Goggles down,” he says, as he strikes up a torch with the ease of lighting a match. With this quick action he melts a pool of gold and flings the nearly 2,000-degree puddle into a mold. His classes are about the craft of small-scale metal fabrication, and also embody the controlled chaos of rock ’n’ roll.

In his early years, Lancaster was exposed to two genres of music: Country-Western and Blues. When he heard the Rolling Stones for the first time he was immediately hooked. Now, fifty years later, he still proudly works in a jacket with the signature Rolling Stones tongue tour patch on his back, a Stones t-shirt and Stones wristwatch — all punctuated by the “Sympathy for the Devil” ring tone on his phone.

Before becoming a faculty member at SAIC, Lancaster was a lab technician for an industrial company; but he always had art on his mind. Like a wayward rock god who (for a time) lost his way amid practical reality, he finally followed his passion and went back to school for a second bachelors degree (this time in studio art), and then continued on to receive a masters degree in metal-smithing.

As he pursued his MFA at the University of Wisconsin-Madison, a fellow professor suggested that Lancaster consider teaching — a career he thought he’d never fall into. Today, he loves teaching more than producing his own work. However, he hasn’t forgotten what it’s like to be a student of the craft: “A bad idea brought to fruition is a bad project.”

“[Teaching] is about connecting with the students, passing on my knowledge and watching what they do with it,” Lancaster explained. He’s an old-school metal-smith who is inspired by the creativity of his students, splitting his time as a metal-smithing professor between SAIC and Northeastern Illinois University.

In the metals studio at SAIC, he sits at the head of a long worktable, surrounded by walls of tools, with his computer in front of him and students scattered around him. At times, laughter will erupt from his station at the head of the table — this can only mean one thing: more blonde jokes have appeared on Lancaster’s computer screen.

Unlike some professors, he doesn’t wander the small classroom; but he is always watching his students, peeking out from behind his screen to keep an eye on his flock of budding artists. He doesn’t have to say much — he radiates wisdom, and students know to trust his advice and down-to-earth insight.

Although his ponytail and Stones jacket suggest a relaxed classroom, Lancaster does not tolerate slackers. He admires, and quietly demands, diligence and determination.

Melissa Lytle, his current teaching assistant, knows Lancaster as a man who speaks his mind openly and honestly without pause. “He’ll drop anything and go out of his way to help me with my project needs,” she said.

While he enjoys practicing his Mick Jagger moves in the studio, the artist in him is ready to take his practice to other locales. Ron is considering setting up an artist community in New Mexico, where he can continue to pass on his knowledge and support to other emerging artists. A free spirited rock ’n’ roll artist, indeed. 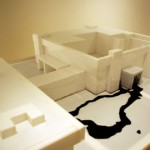 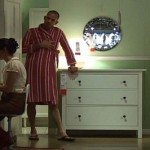 One Response to A Passion for Shaping Metal