On February 2, the Gene Siskel Film Center hosted a panel of Chicago film critics to discuss the 2010 Oscar Nominees. 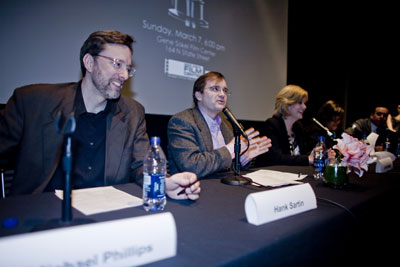 On February 2, the Gene Siskel Film Center hosted a panel of Chicago film critics to discuss the 2010 Oscar Nominees. The panel featured: Michael Phillips, film critic for the Chicago Tribune and host of At the Movies; Hank Sartin, the film section editor for Time Out Chicago; Janet Davies, producer for ABC 7; Chaz Ebert, Roger’s wife; and A.O. Scott, New York film critic and co-host of At the Movies. The event started with footage that had been recorded earlier that morning of Tom Sherak, president of the Academy of Motion Picture Arts and Sciences, standing alongside actress Anne Hathaway announcing the nominees. The conversation centered around the addition of five films in the Best Picture category, and what this development means for the integrity of the award. Other issues included Oscar politics, financial gain, recent changes to the nomination process and Sandra Bullock’s surprise appearance on the list of nominees. Here are some of the panelists’ responses to the issues.

This is the company picnic for Hollywood. ‘A Serious Man?’ ‘An Education?’ The fact that they’re in this list is heartening to me.
[The switch to ten nominees] is the Academy all but admitting that they are willing to [move away from] insular, artsy, and I hate that word, bunch of daunting pictures.
—Michael Phillips

I think that one thing that’s nice about the five is that everyone says it’s an honor to be nominated. Does ten make it less of an honor somehow? It does seem that even with ten nominees, you have a list that represents a range of styles and scales of movie making. You have what was a popular genre nerd movie, “District 9.” “Blindside,” beloved among audiences. I think that the ten serves as a snapshot of where movies were and what they were in 2009.
—A.O. Scott

Meryl’s only won twice, but she’s been nominated 16 times. She is without a doubt the greatest living actress. Sandra Bullock may never be nominated again. Especially if she keeps making movies like “All About Steve.” Sometimes these political considerations play into the voting.
—Chaz Ebert

There’s a lot to be said about perseverance. Here’s the story of someone [Sandra Bullock] who got dismissed over and over again critically. None of us have quite forgiven her for “All About Steve.”
—Hank Sartin

I got a funny tweet today. Someone asked me, “Are you saying that the Oscars are all about money now? Now!?” The [Oscars] don’t reflect popular tastes, they don’t reflect artistic merit. It’s about what the industry thinks of itself.
—A.O. Scott

The academy split it. They gave an award to F.W. Murnau’s Sunrise for “unique and artistic achievement.” They gave the award to Wings for a “schlocky hit that was going to make a lot of money.” Good luck to F.W. Murnau today.
—Michael Phillips on the
inaugural Oscars
ceremony in 1929. 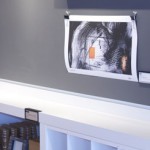 Art for Your Living Room

One Response to The Company Picnic