Which five of the Best Picture nominations do you feel did not deserve to be nominated? Which one stands out as truly achieving the status of Best Picture? 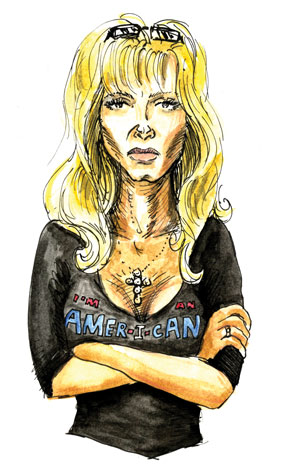 This year the Academy of Motion Picture Arts and Sciences has nominated ten films instead of five for the Best Picture Oscar. The last time this occurred was in 1943, when “Casablanca” was the Best Picture recipient.
Which five of the Best Picture nominations do you feel did not deserve to be nominated? Which one stands out as truly achieving the status of Best Picture?

The results were mixed. If it was up to the SAIC community to vote on Best Picture there would be a three-way tie between “The Hurt Locker,” “Inglourious Basterds” and “Avatar,” with “Precious” coming in at a close second. “Up” and “District 9” also received enthusiastic Best Picture votes; however, both were also frequently listed as unworthy of the nomination. Overall, opinions on the eligibility of “Avatar” and “An Education” as Best Picture were each split 50/50. “The Blind Side” and “Up in the Air” were almost unanimously chosen as undeserving.

From amongst the rants and raves — including such responses as “the Oscars are a joke,” “This is stupid. You guys should quit,” and “I’ve just given up [on movies]” — we have culled together a variety of opinions for you to consider. For complete and additional responses, and to post your own comments, go to fnewsmagazine.com/question.

First of all, ten movies is ridiculous. AMC Theatres used to do an event where they would show all five nominations in one day for a discounted price, free refills on drinks and popcorn, and now I doubt that they’re going to do that — no one in their right mind could actively watch ten movies in a row, especially rubbish like “Avatar.”
Both “Avatar” and “The Blind Side” are complete jokes. Yes, “Avatar” may have insane technological advances in CGI effects, but it’s like the movie version of “World of Warcraft.” As for “The Blind Side,” it’s only nominated because it’s based on a true story. That supposedly automatically makes it “good.” You know what else was “based on a true story” (keyword: based)? “A Million Little Pieces.” You know what happened to that? Oprah destroyed it.
I don’t know that any of them are all round the best picture. I am mostly just shocked that “A Single Man” wasn’t nominated. Colin Firth rules.

I’m not going to pick five to knock off the list, considering I have not seen all of these movies, but I can comment on a few.
“Avatar”: A very entertaining movie, with groundbreaking special effects and 3D technology that actually made you feel as if you were in the same environment as the characters. Brilliant, but only visually. The story is a classic cliché, making it (in my unprofessional opinion) only worthy of an Oscar having to do with effects.
“District 9”: A fantastically well-done metaphor, but I definitely would not say it’s best picture material compared to other movies this past year.
“Inglourious Basterds”: Shot beautifully, detail in places movies neglect nowadays, very culturally accurate (accents, etc.), and a historically inaccurate plot that only Tarantino can twist into a story you have no problems with. Again, not sure if it’s best picture material but this one is definitely what I will be cheering for.
“Up”: To nominate an animated movie is really tricky, its not often that they can stand up to a full, awesome cinematic work. But this one might just be good enough. It holds family tragedy, loyalty, heroes and what happens when those heroes are not what you thought they’d be. On top of that, it pulls off the almost impossible feat of entertaining all ages. This is definitely one that I would keep in the running.
I guess my “bottom line” is that they seriously look at all aspects of these films, and don’t just give it to “Avatar” because it was “cool.”

I would say none [deserve to be nominated]—movies have usually been pretty sucky over the last couple of years, so I think the bar is a lot lower. There are always movies that should be nominated, but they are too much over the general public’s heads. Maybe I’m a snob, but I know when a movie
is a piece of crap.

As for the ultimate best picture ever, “UP” all the way. Maybe I am a little biased because I am an animator, but people do not get how hard it is to achieve such brilliance that Disney/Pixar spews out every year!”

—Danielle Albert
BFA Animation, Senior
I cannot believe that the following seven films were nominated:
“Inglourious Basterds”: No where NEAR Tarantino’s best work, and waaaay too many Tarantino clichés:
1) Every typeface he’s ever used show up in the opening credits.
2) If you’re going to make a period film about WWII German-occupied France, maybe Samuel L. Jackson isn’t the best choice for narrator. There are probably 80,000 in Hollywood better suited for the task.
3) Lame 70s action movie “Hugo Stiglitz” pop up text — that he only (ineffectively) did once.
I could go on all day — seriously.
“The Blind Side”: An inspirational football movie where a selfless do-gooder helps a ‘wrong-side-of-the-tracks’ underdog realize their dreams—HOLY CRAP!!! Hollywood churns out three or four of these EVERY YEAR! They could have their own Oscar category!
“Up”: Uh, yeah. Glad they opened it up for a Disney cartoon. I can’t imagine what the public uproar would be like if “Up” got snubbed.
“Avatar”/Dances with Fern Gully: Proof that you can, indeed, purchase an Oscar.
“District 9”: Kinda interesting, but Best Picture? Really???
“A Serious Man”: Again, not the Coen Brother’s best work. Better than “Ladykillers,” but not by much. If this wins then the “Big Lebowski” and “O Brother, Where Art Though?” should both receive retroactive Best Picture Oscars.
“Up In The Air”: In such a shallow pool of potential Best Picture films, I can see how this one would get nominated. However, I can think of at least eight recent years where this film would not have been nominated — years with only five movies nominated.
I haven’t seen “An Education” or “Precious,” [but] given their limited media hype I can only assume that they are bona-fide contenders. That leaves “The Hurt Locker” — the only movie on the list (that I’ve seen) that I believe deserves a nomination.
Maybe this year’s nominating process was such an exercise in “standards-lowering” that they finally said “Fuck it! Open the goddamn gates!”
—Cody Petruk
MFA Visual Communications,
2010

This whole business of adding five Best Picture nominees is ridiculous. Why not just do away with any sort of prestige and let all films who feel they deserve the award apply in some sort of free-for-all Oscars Extravaganza?
I believe that “The Blind Side,” “Up,” and “Up in the Air” definitely need to be removed from this list.
While these three films may have been enjoyable, poignant or somewhat cathartic, they push the boundaries of the film aesthetic, or genre, the way that others on the list do. Particularly “Avatar,” which is a visual/editing/storytelling spectacular (say what you will about the storyline — love, money, government, culture are themes recycled throughout the best of films); or “An Education,” a film which features brilliant acting, and all of the elements of a raw, character-driven story, making it a powerful representation of reality. “Inglourious Basterds” is masterful in its witticism, and acting, and “Precious,” while criticized for employing a bevy of shock tactics, explores a story not often represented.
Awarding high art should include a measure of elitism, otherwise it just becomes an “anything goes” catch-all that discourages artists and filmmakers from striving to create art. If we just start awarding every blockbuster that sweeps that box office, what has the Academy become?
—Amanda Aldinger
MA New Arts Journalism, 2011
F Newsmagazine School News
Editor 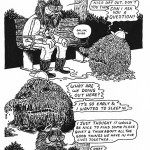 Working for My Admission: A Room Monitor’s Perspective