From Philip Glass to Susan Sontag, F looks back at some of the best interviews of the past 25 years.

From Philip Glass to Susan Sontag, F looks back at some of the best interviews of the past 25 years. 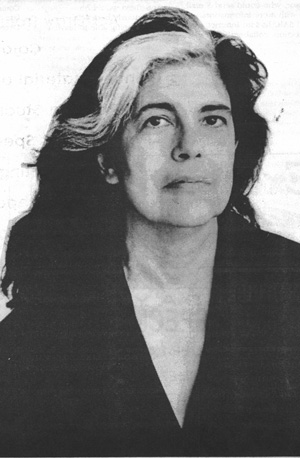 “I don’t feel people know any longer what seriousness is. People aren’t embarrassed or apologetic in Europe. They feel they must do something more than be entertained.”
Susan Sontag, writer. Interviewed by Renata Stojkowski.
December 1993.

“I think it’s a major, major breakthrough anyway that people can just sit down and begin actually playing with MacPaint or MacDraw.  Even people who wanted nothing to do with computers! It’s possibly a little bit expensive for students to buy.”
Peter Fraterdeus, instructor in the SAIC Visual Communications department, interviewed by Louise Wainwright.
May 1987.

“I don’t see any reason to compartmentalize different aspects of our lives. Different kinds of language apply to the same kind of experience. In fact, all sociology comes out of given experience. And experience can be voiced, expressed, and talked about in many different ways. It’s sort of immaterial.”
Yvonne Rainer, filmmaker. Interviewed by Cylena Simonds .
November 1992.

“I was working with Doris Lessing on “The Making of the Representative from Planet 8” and we were talking about catastrophic social events that people had forgotten.  Almost like social amnesia. Things like epidemics and massacres and amazing things.  I was very interested in that, so I decided to do a piece based on H. G. Wells’ War of the Worlds.”
Philip Glass, musician and composer, interviewed by Brett Johnson
October, 1988.

“I’ve found that pretty much everybody has the ability to have good ideas but only a select few are able to do anything with them. most people can’t tell a good idea from a bad idea and even if they could they wouldn’t know how to put it to good use. It’s not something that easy to explain to someone else. To me, ideas come when they come and I have to be prepared at all times.”
Dan Clowes, cartoonist. Interviewed by Djerba Goldfinger and Thompson Owen.
May 1993. 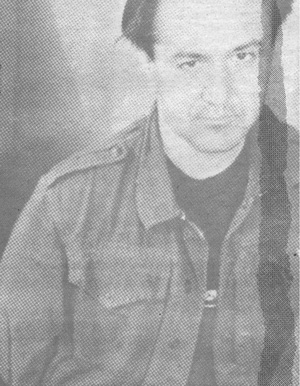 “One reason I like photography is that it is basically the world’s second language.  Its processes are immediately identifiable.  Photography is a very democratic medium in that everyone has access to it.  They know what it’s like to take a picture and just that element, that trace of reality, that  patina of whatever pictured did exist in some point of time.  It has that accessibility which I love.  I want my work to be seductive.  I don’t want them to struggle with it immediately.”
Mark Durant, art writer and photographer,
interviewed by Stephanie Endsley
March 1990.

“I never think in terms of like, is it feasible? is it practical? I think if I have a vision, an idea, usually I pursue it to its final end. When I first mentioned I was going to do the Klan pictures, the people that were representing me at the time said they didn’t want me to go down there. That I would get hurt. So I had to promise that I wouldn’t go down there. Then three weeks later I went anyway and started with the work. My biggest fear is that I will come home empty-handed and not be able to do the things I want to do. You can’t be practical sometimes about art. You just have to follow your dream, or obsession.”
Andres Serrano, sculptor, photographer. Interviewed by Paul Chan.
May 1993.

“I have several images of what the struggle of being an artist has been like.  One is the dancer.  You come up to the Gates of Art and the people guarding the Gates of Art defend your being there.  And they’ll do everything they can to keep you out.  So you out-smart them.  One way or another, you get past them.  Dancing is one technique you can use.  But once you get behind them, then they’ll defend your right to be in there.”
John Torreano, aka Diamond Jim, interviewed by Jessica Rath.
April 1991. 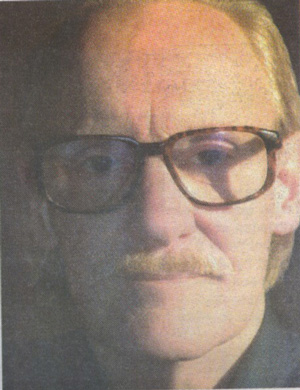 “If people don’t want to read me, I starve—there are no rewards in being obscure or obtuse or overbearing for me. I don’t think it’s because I have a naturally good character, but writing things that people want to read is my bread and butter.”
Peter Schjeldahl, New Yorker Art critic. Interviewed by Sarah Cameron.
November 2007.

“Having regrets about Hip Hop not doing what you want it to do is like Aunt Jemima having regrets about how she can’t get any money off pancakes. We have to make sure that when we create, we can be able to control it from a business aspect.”
Interview with Chuck D, rapper. Interviewed by Nettrice R Gaskins.
October 1993.

“I think artists in general are educators. We are people who are willing to take the risk and it is not an easy thing to do. I am just one person but there is a greater cost if I stay silent. … I am an American citizen now, so it is my responsibility to be an American now, and so the same way that I fought Saddam’s regime, now I have to fight every regime which has committed these crimes in my name.”
Iraqi-born Artist Wafaa Bilal. Interviewed by Paige Sarlin.
December 2002. 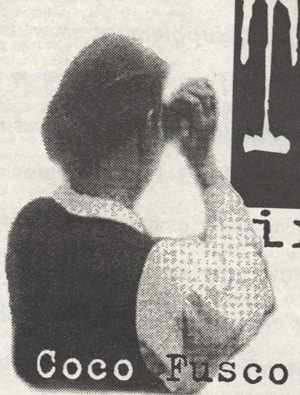 “[There is a] liberal and very American notion that you eliminate the social ills of a society by eliminating the visual evidence of it. The attitude in previous decades was that getting rid of the images of mammies and watermelon eating pickaninnies was going to improve the status of blacks in American society. Nothing could be farther from the truth.”
Coco Fusco, performance artist. Interviewed by Jason Greenberg.
December 1994.

“I’m some guy making pictures because that makes sense to me. They help me define my place in the world, so if they’re in museums or whatever, I don’t really care. I still gotta pull up my pants with two hands.”
Tony Fitzpatrick, artist. Interview by Anna Friedman.
February 1995

“A lot of my work deals with responding, and you’ve got to have something in the canon to respond to. You know, just loading my gun with enough bullets so that when I pull the trigger, it shoots.”
Rahid Johnson, emerging artist. Interviewed by Barbara DeGenevieve , photography professor at SAIC.
April 2004.

“Computer technology is great, but when something is no longer used as a tool, but you’re leaning on it, that’s not creativity.”
Leroy Winbush, graphic designer and art director, interviewed by Lamaretta Simmons.
December 2000.

“We don’t want to be a role model. There is no reason why other artists couldn’t have the things that most people want. There is no reason why Christo would want to have his studio at the same address, 5th floor, no elevator, for the past 30 years. He hasn’t repainted his studio in 30 years. Buy why should we tell the other artists they have to do that? If their wives want diamonds, then their wives should have diamonds.”
Jeanne-Claude Christo, giant installation artist. Interviewed by Anna Friedman.
May 2005. 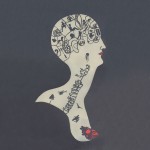 The Artist Inside Out 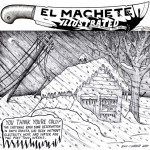 You Think You're Cold?