1991 SAIC graduate’s final show of paintings at Corbett vs. Dempsey through February 6 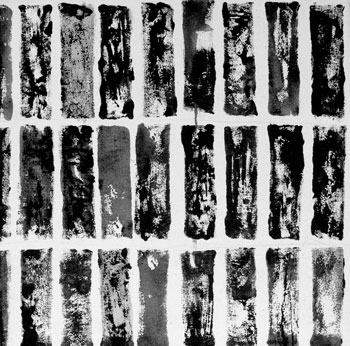 The current show of Jeff Marlin’s work at Corbett vs. Dempsey includes early paintings exploring dot matrix disintegrations of images from photographic sources, Xeroxes and stencils. He once described his work as “always a dialogue between hand and machine systems.” His later pieces grew more purely abstract, creating, according to Jeff, “surfaces which interrogate their means of productions without wholly repudiating them.”
While studying at the School of the Art Institute of Chicago in the late ’80s, Jeff studied in‑depth with Ray Yoshida. He also was art director of F Newsmagazine in 1990-91. After graduation, Jeff joined the design department of the Chicago Reader, where he worked for more than a decade while maintaining his artistic practice. A number of his co-workers attended the opening January 22 and spoke fondly of his work ethic and gentle nature.
Corbett vs. Dempsey had planned on mounting a show in 2011, but Jeff fell ill with leukemia in the middle of 2009. His show was rescheduled for this winter with the hope that he would be able to attend, but his illness progressed too rapidly for that
to happen.
En route to hospice from the hospital in October, Jeff made a final stop at the studio to put the finishing touch on a last painting.

—Adapted with permission from the Corbett vs. Dempsey website

“My practice assumes the wreckage of history, both artistic and cultural, and is in no sense ‘pure.’”
– Jeff Marlin 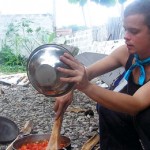 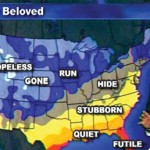 The pedagogy of artist Paul Chan