Since a knee injury set Elizabeth Adamczyk back from running six years ago, her bicycling habits have turned from rehabilitation into a routine. For people… 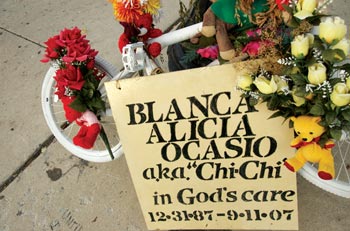 Since a knee injury set Elizabeth Adamczyk back from running six years ago, her bicycling habits have turned from rehabilitation into a routine. For people like Adamczyk, biking is a lifestyle. It’s a lifestyle that she is quick to defend and has taken to heart with the organization of Chicago’s Ride of Silence, a ride dedicated to cyclists locally and worldwide that have been killed in bike related accidents.

The Ride of Silence began in 2003 in Dallas, Texas by Chris Phelan, after his friend, endurance cyclist Larry Schwartz was struck and killed by a passing bus mirror. After other cities’ cyclists found out about Phelan’s silent memorial ride, the idea gradually spread throughout cities worldwide. The Ride found its way to Chicago in 2005, when Adamczyk made her first attempt at informally organizing one.

For the first few years, the number of Ride of Silence participants stayed small. In 2006, with better planning, better advertising, and a small coordinated effort with Chicago Bicycle Federation and the Active Transportation Alliance, about 50 riders came out. The following year, a thunderstorm reduced the number of riders to a dozen.

Rider totals increased to 150 just this past May, but it’s hard to gain a following for such a solemn event. Adamczyk wishes she “could get more riders that come out for critical mass or that come out to do other bike rides . . . but it’s not something that is necessarily considered fun. It is an honor to memorialize someone.”

Although she has never had a major bike accident or lost someone to a cyclist-related death personally, Adamczyk’s seen and experienced enough close calls to feel a bond with fellow bikers. “Even if it’s just one rider, riding with all of these other riders . . . on that one night, at that one time, it’s raising awareness that cyclists have a right to share the roads.”

Adamczyk’s met the families of Tyler Fabeck, Clinton Miceli, Dick Herron, and Mandy Annis, four Chicago cyclists who have all had “ghost bikes” dedicated to memorializing their death within the past two years.

Recently, ghost bike dedications have happened in conjunction with Chicago’s Ride of Silence, but Adamczyk explains that not every family wants or is ready for a “ghost bike”. These “ghost bikes” are made of spare bike parts, covered in white paint, usually marked with the name of the cyclist and the date of their death, and then chained at or near the intersection where the cyclist died.

Although Mandy Annis passed away in 2008, the family requested her ghost bike be installed in May of 2009 because, “they just weren’t ready for it right away . . . the death had been so fresh . . . and it’s [the ghost bike’s] a constant reminder.”

Seeing Clinton Miceli’s mother participate in the Ride of Silence last year had a tremendous effect on Adamcyzk: “Even though I haven’t been personally affected, meeting the families, experiencing the close calls, and hearing about the close calls that friends of mine have had . . . it just feels so personal. You can’t help but get choked up when you participate in this ride.”

After cyclist Liza Whitacre’s recent death at the corner of Damen and Wellington, in close proximity to Adamczyk’s neighborhood, Adamczyk realized it could’ve easily been her.

Not all accidents are safety related either. Some are circumstantial, and some are freak accidents. Judgment lapses, and daydreams happen just as often as unknown, unseen bumps in the road. Playing into confrontation with motorists, what Adamczyk calls “fueling the heat,” doesn’t help bike culture for the Chicago cycling community, and it certainly doesn’t help the bad stigma between cyclists and motorists.Getting motorists to see the cyclist perspective by getting on a bike, is what Adamczyk believes can only improve the relationship between cars and bikes.

By incorporating herself into the bike community through volunteering for various official Chicago bike rides, joining organizations like the Active Transportation Alliance, and researching blogs and forums, Adamczyk has built a strong connection with fellow cyclists. Recently, she successfully survived her first Chicago winter of biking and became an all-season rider.

Attending city Bike Advisory Council meetings that are open to the public have been eye opening for Adamczyk. “Learning about the city organization, what they’re trying to do . . . you can voice your concerns, you have a say, you’re a part of it.”

Whether it’s “the weekend roadie, the mountain bike person who wants to be on the trails, the cyclo-crosser, the recreational lakefront path user, the mom with a family that uses the bike with her kids, the car-free person or family, the commuter,”

Adamcyzk knows there’s a welcome place for everyone in the cycling community. 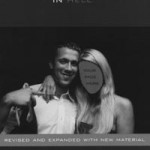 Read about a bad despot or beer in hell,...