“Designing Obama”, a book chronicling the role of art and design in the Obama campaign is being published unconventionally, using funds raised on the web… 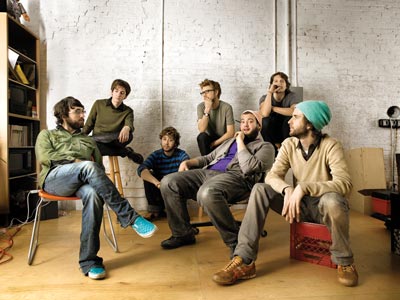 “Designing Obama”, a book chronicling the role of art and design in the Obama campaign is being published unconventionally, using funds raised on the website Kickstarter. Kickstarter is dedicated to helping artists raise money for creative projects and causes. Each project that makes it through Kickstarter’s application process has its own fundraising page, and the site tracks the amount of money raised, as well as the number of people who have donated. A total of 1,310 people internationally funded the publishing of “Designing Obama”.

Thomas and The Post Family publish a blog and run a studio and gallery space called The Family Room. David Sieren, a Post Family member, explained that when The Post Family started, every member was interested in publishing books. However, they realized that the cost of publishing can be enormous, making the idea impossible for a group whose initial goal had nothing to do with making money. Publishers contacted Thomas to create a book about the campaign, but most were interested in quick designs and cheap materials to gain the most profit. Thomas wasn’t interested. That’s when Thomas decided to publish the book independently with the support of the The Post Family. The first Post Press publication raised funds independently online, much like Obama’s campaign.

The initial goal was to raise $65,000 to publish the book, but Thomas ended up raising a total of $84,614, the most successful project Kickstarter has sponsored. Fundraising ends when the goal is reached. “We used the strengths of the Internet and the strengths of the community to support a project that would otherwise be impossible on our own,” said Sieren. The 360-page hardbound book, available to supporters in February, is a compilation of the artwork that surrounded the Obama campaign. “The great thing about the Obama campaign,” Sieren said, “is that there was more non-commissioned than commissioned artwork; people were passionate about this new person on the scene and wanted to make art about it.” The work of over one hundred artists is included in the book, from street art to collage, painting, and graphic design. “It all wound its way into public space” Sieren said. You can order the book with a minimum donation of $50 by visiting www.designing-obama.com.

The Post Family used Facebook and Twitter to get Internet communities excited about the book. Just like the Obama campaign, the supporters of the book received updates on fundraising progress along the way. Now the book has been funded and is moving into the production stage. Followers of @designingobama are able to read and respond to posts, such as “shipping the book cloth could take 6 weeks. Ouch! Nice materials or a faster fulfillment. Your thoughts?” Thomas can then use the responses to gauge his decisions on the book. 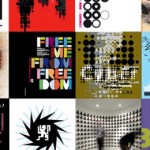 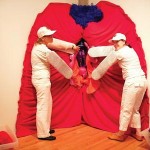