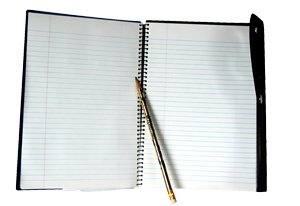 Distributed by Pilsen concept shop Golden Age, Motherwell is devoted to critically investigating contemporary art and culture through themed literary and critical essays. The first leather-bound and hand-branded volume includes contributions by poet Zachary James Johnston and Los Angeles-based artist Karthik Pandian. On the Golden Age blog, Motherwell editor Paige K. Johnston names the journal’s goals: “one, to create a conversation-in-print between the works of emerging writers, and two, to triumph the book (as a form) in its glorious tangibility.” The journal is not only available at Golden Age, but also in LA’s Ooga Booga Gallery and the New York Art Book Fair. http://motherwelljournal.org/

The bi-annual student journal from University of Chicago features essays on contemporary life. Named after Promontory Point, a popular hang-out in Hyde Park, “The Point locates us geographically but also defines our mission,” says U of C grad student Jon Baskin in an interview with the Chicago Tribune. So what’s the point? “Writing for anyone who is interested in ideas,” says Baskin in the Tribune. “Someone who’s interested in examining their life” is the ideal reader. http://www.thepointmag.com/

Started by SAIC BFAW student Jeni Crone in the fall of 2008, Creative Writing Guild has since published a themed literary journal twice a semester. Formed as an on-campus writers’ group and a way to share literature and literary events outside of class, The Guild publication organically developed as a collection of writing from students and faculty from all departments. The Writing Guild is currently planning the release party of the November issue to coincide with a text-based exhibition at Siragusa Gallery in the State Street dorms. Copies are widely available on the SAIC campus. CWGshare.blogspot.com

A monthly art and comics zine started by SAIC students in 2007, Xerox Candy Bar is also a student group whose initiatives have included the Flaxicart zine cart in the Flaxman library, neighborhood rooftop concerts, and a compilation CD. Copies are available around the SAIC campus and around Chicago.

Created in the spring of 2008 by three SAIC BFAW students, In Preparation began as a publication featuring the poetry and prose of the authors, and evolved into a literary and art zine accepting submissions from both SAIC students and non-students. Currently co-edited by A. Martinez and Mark Schettler, In Preparation publishes all genres, including criticism and art, and is available at SAIC, Quimby’s, and other Chicago locations. http://inpreparationzine.blogspot.com/ 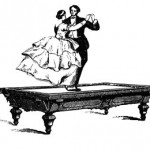 Get your Lit on 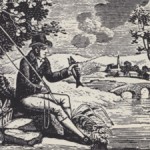 One Response to Student-run Art Journals