With the Olympic hope extinguished, Chicago’s cultural elites may have sustained a blow to their egos, but they have another reason to be humming this October… 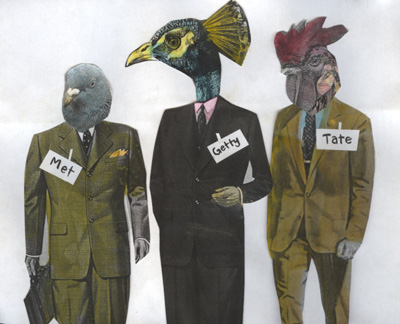 With the Olympic hope extinguished, Chicago’s cultural elites may have sustained a blow to their egos, but they have another reason to be humming this October: Bizot, a gathering of directors and presidents from the most prestigious art museums and galleries of the Western world.

Bizot, the insiders’ moniker for the International Group of Organizers of Large-scale Exhibitions, is a exclusive institution which takes its name from founder Irène Bizot, a French Countess and the former head of the Réunion des Musées Nationaux. Among this session’s attendees were: the Metropolitan Museum of Art’s director Thomas Campbell; the Victoria and Albert Museum’s director Mark Jones; the Centre Pompidou’s director Alfred Pacquement; and the Tate’s director Sir Nicholas Serota.

Discussions at the session ranged from the practical and local to the lofty and global. Some issues on the agenda were the the financial crisis, cost-effectiveness and streamlining of loan agreements, and even the museums’ role in U.S-Arab and Iranian relations. Certainly, the scope of discussion at Bizot conferences (which includes 60 museums) is far broader than it once was. At its foundation it included a small number of select members, their mission only to discuss exhibitions and loans.

Asked if Bizot had any plans to diversify its membership, AIC President Jim Cuno responded, “Bizot is very interested in adding Asian museums to its membership. The trouble is most Asian (Japanese, Korean, and Chinese) [have] non-museum professional, political appointees without the same sets of responsibilities we have. Finding comparable museum directors is the challenge.”

However, this diversity in conversation is yet to be reflected with regard to Bizot membership. Of primary concern in the planning for this Bizot was the procurement of two French-English interpreters, a testament to the group’s immutable French foundations. In addition, Bizot is composed of museums that hail solely from the Western world, a fact often masked by the group’s enigmatic profile but one that has made itself apparent in the past. Specifically, implications of Bizot’s make-up emerged during the height of the repatriation controversy between Greece and the British Museum over the Parthenon Marbles.

British Museum President Neil MacGregor, who has been Chairman of Bizot in recent years, has admitted that a declaration issued by the group just following this period of intense debate over the Marbles was a direct reaction to the dispute. The declaration was neatly non-committal, arguing for the ideal of the “universal museum,” supportive of non-ownership and sharing among nations over repatriation or deaccession. Signed by at least 30 members of Bizot, it served to support MacGregor without explicitly denying Greece’s demands, marking “the significance of Greek sculpture for mankind as a whole and its enduring value for the contemporary world.” Former Metropolitan Museum of Art President Phillippe de Montebello reflected that the declaration issued had been a “European initiative” which he was happy to support.

On more pragmatic matters, Bizot remained true to its roots this October, deliberating over the intricacies of standardizing loan processes. When asked what the most important topic discussed at this session was, Mr. Cuno, who has written passionately on the subject of international trade in antiquities, responded by lamenting the requirements of some museums for additional insurance and couriers “who fly business class when it’s not necessary,” a practice which he says pushes further costs onto the borrower.

Also discussed was what museums can do to work toward being greener in their operations. Just prior to this October’s conference Bizot formally accepted several “Guiding Principles to Reduce Museums’ Carbon Footprints” which were established by the National Museums Directors’ Conference (NMDC) at their most recent meeting. One such guideline included the goal of finding low energy solutions to preserving collections, mentioning that museums need not necessarily utilize air conditioners to do so. 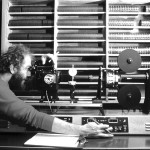