The evolution of prosthetics

Technology has actually progressed so far in some areas that there are concerns prosthetics may function better than mere flesh and blood.

By Julie Rodruigez May 1, 2009 Uncategorized

Though science fiction began toying with cyborg characters during the 20th century, the idea of a human enhanced by artificial parts is nothing new. The first known prostheses date back to Ancient Egypt, when limbs made of leather and wood were created to enable those with missing legs, feet, or toes to walk. Later, Spartan soldiers who often lost chunks of their faces to enemy warriors would fit themselves with iron noses. The first written reference to an artificial limb was made in 500 B.C.E. by Herodotus, recounting the tale of a condemned criminal who escaped from his chains by cutting off his own foot, and hobbled 30 miles to the next town on a replacement fashioned out of wood. This image would be made famous by the stereotypical pirate with a peg-leg and a hook for a hand.

Over the centuries, prosthetics have been created to replace missing eyes, teeth and limbs lost due to injury or disease. More modern technological advances allow doctors to replace broken joints with titanium, to augment a weak heart with a pacemaker and even to create implants allowing blind and deaf individuals to gain some use of their missing senses.

The challenge has always been in creating artificial limbs that actually work as well as the real thing. Until recent technological improvements, that simply has not been possible; most prostheses throughout history have served only limited, mostly aesthetic functions, generally worn only to hide a congenital deformity or a limb lost in battle.

In the middle ages, armorers created heavy iron limbs which were only useful for show, or perhaps for holding a shield, but which were too unwieldy to offer the wearer any real control. Amputation as a modern medical procedure did not really exist until 1529, when it was pioneered by Ambroise Paré, who also created the first prostheses with articulated joints. The first artificial limb that could be moved by muscle contractions was created in 1898, signaling a breakthrough in prosthetic usability and function. During World War II, lighter materials such as aluminum and plastic premiered in the manufacture of prostheses, making them easier to wear and use.

Now, robotic limbs which use sensors to detect nervous signals or muscle movements, and react accordingly, have become available. These limbs may include wires which use electrical activity on the skin, electrodes implanted within muscle tissue, or that connect with actual nerve tissue. Another type of robotic prosthetic involves implanting a microchip in the wearer’s brain which translates nervous impulses into an electric signal, so that the wearer can move the limb using the nervous impulses from the brain centers that control actual organic movement–enabling the user to control the appendage with a simple thought. Modern prostheses can also mimic a full range of normal human motion, and can be custom-made to look practically indistinguishable from a natural limb.

Prostheses, far from being a handicap, may actually improve human performance. In 2008, South African double amputee Oscar Pistorius was temporarily ruled out of competing in the summer Olympics due to concerns that his prosthetic legs gave him a slight advantage over runners with ankles. (That decision has been overturned and he is free to compete in future games.) One researcher found that Pistorius used 25% less energy than an able-bodied runner moving at the same speed, and also ascribed a slight advantage to the fact that his lower limbs would not suffer muscle fatigue.

Prosthetic eyes and ears are also in the works. Cochlear implants are electronic devices which, unlike a hearing aid which simply amplifies volume, convert sound into an electronic field and directly stimulate auditory nerves, allowing the deaf to approximate hearing. For the blind, there are devices under development taking video recorded from a camera placed on the wearer and, bypassing the eye entirely, send the information directly to the optical nerve. They work by placing a tiny computer chip in the back of the eye, which is wirelessly connected to a camera embedded in a pair of special glasses.

Technology has actually progressed so far in some areas that there are concerns prosthetics may function better than mere flesh and blood. However, the models susceptible to making us into supermen come with a hefty price tag and are not affordable for most of the general public. At least, not yet. 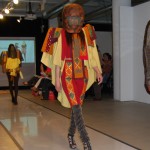 One Response to The evolution of prosthetics