While you’ve been barbecuing wieners all semester in your cute little charcoal grill, SAIC pyromaniacs have been building a giant furnace that melts iron into smoldering liquid metal in preparation for the 2009 National Conference on Cast Iron Art.

In the beginning of April, nine SAIC students prepared their furnace, known as a cupola, alongside teams of other pyromaniac artists from around the country, on the grounds of the historic Sloss Furnaces in Birmingham, Alabama. All semester the students had been designing and building a five-foot tall cylindrical furnace to melt iron competitively on the national level. With instruction and guidance from Dan Matheson, sculpture professor, and one of three faculty representatives, the students successfully achieved a third straight victory for producing the hottest and most fluid metal.

“I’m very impressed by everyone learning to work together to make this possible,” Matheson said. “It speaks highly of the crew as individuals and the positive work ethic the foundry program instills in students.” The evening of the competition, SAIC went up against fourteen schools and universities from around the country, who all blasted their constructed furnaces on simultaneously and put them to the test. SAIC students continued to add pounds of iron into the top of their furnace, periodically releasing molten iron, which was poured into sand molds.

The class met for three hours a week during the semester, with everyone contributing a great deal of added hours in order to complete the furnace for the conference. They started with nothing, but they learned how to be resourceful, recycle parts and gather donations. The conference is mainly designed for student learning, participation and the practical application of skills learned in the classroom. “The conference is very beneficial for networking and provides supervised conditions for students to jump in on iron pours, as opposed to learning on their own,” Matheson said.

Nicholas Van der Maaten, captain of the victorious team, attended his second cast iron conference this year. He was new to the cast iron community two years ago but was immediately sold on the idea of pouring iron and working with metal after SAIC alumn Sarah Von Harling invited him along to be on her team. “She got me into being an iron head and I’ve never looked back.” Van der Maaten’s furnace was the only one at the competition which hadn’t been run before, but his confidence in it prevailed. Titled “FeFe der Van der Phoenix,” the furnace was painted in a sleek black and adorned with a handmade bronze phoenix perched on the front. The use of the phoenix connects the mythological rebirth of the bird through flames and ashes to the iron pouring process in which scrap metal is melted down to be reborn into new works of art.

Sloss Furnaces has been preserved as a national historic landmark in Birmingham since 1981. Enormous smokestacks and pipes tower above it. The 32-acre blast furnace plant produced iron for almost 90 years and put Birmingham on the map during the Industrial Revolution. Today, it exists as a museum and active casting center for artists. Iron pours occur daily and a community of people help each other to produce their art works. Panels, workshops and gallery exhibitions of metal art are organized in order to enhance the educational experience. The final evening of the event had a festival atmosphere, with everyone enjoying southern barbecue and viewing performances that brought wonder and amazement to pouring iron.

Traveling all the way to Birmingham from Chicago exposed SAIC students to the cast iron community, which continues to adopt more iron enthusiasts every year. For many of the conference attendees, the craving to return to Sloss Furnaces is partly equated to a reconnection with old friends who share the same passion for iron. Since the number of iron pours in Chicago is few, students soaked up the experience in Alabama.  The national conference on cast iron art is one of those captivating environments where groups of people from many different backgrounds unite together with one passion, to pour iron. If you weren’t an “iron head” before the conference, there’s a good chance you will be afterwords. 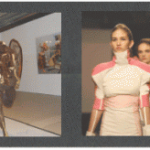 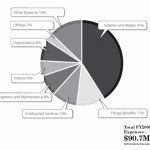 2 Responses to Pyromania pays off