A new form of rap, with more “artistic” or playful lyrics and music has been gaining a following among younger crowds, even in academia. These artists are positioning their work in dialogue with the literary canon.

By Dana Boutin May 1, 2009 Uncategorized 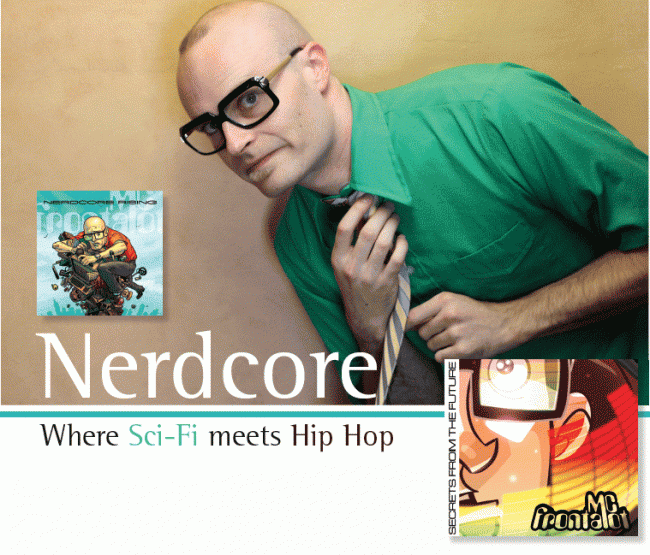 Though rap (Rhythm And Poetry) is one of the most pervasive forms of poetry in recent time, many people forget its origins. In the anthology From Totems to Hip-Hop, for example, Tupac Shakur’s poem about women and Dead Prez’s political poem juxtapose canonical poets like Robert Frost, T. S. Eliot and William Carlos Williams. In this vein, a new form of rap, with more “artistic” or playful lyrics and music has been gaining a following among younger crowds, even in academia. These artists are positioning their work in dialogue with the literary canon.

For example, self-proclaimed creator of “post-punk laptop rap,” MC Lars, updates Edgar Allan Poe with the song “Mr. Raven”—not missing a beat as he rhymes “Milton” with “Paris Hilton.” His refrain comically questions, “Who’s that rapping at my chamber door? / Mr. Raven! / All up in my grill like, ‘Nevermore.’”
Underground hip hop artists pride themselves on circumventing and even mocking the mainstream. In the 1990s, a subgroup of underground hip hop called Nerdcore emerged. Nerdcore Hip Hop is about politics and “science—not violence,” according to Jeff Miranda of the Boston Globe. These geekstas rap about subjects like Sci Fi, Star Wars, chemistry and blogging. Most aim to add positivity to the hip hop and rap scene. Many of the more computer-oriented rappers, including YTCracker, offer free downloads of their songs and have a Do-It-Yourself attitude.

“Music was a product, now it is a service,” says MCLars in his song “Download this Song.” Rapper Kool Keith Thornton, on the other hand, deplores Bit Torrent (a free open source file-sharing program), as he uses shopping rather than drugs as motivation to make albums. In “Charity Case,” MC Frontalot—who coined the term “Nerdcore” in 2000—grumbles “Frontalot’s destitute / I need you / to buy my CD so I could buy food.”
Diverse personal histories mean that some Nerdcore artists rap about their PhD theses, while others write about dropping out of high school. But whether they get geeked on comic book heroes or html, Nerdcore artists create cyborg personas to express their unconventional iconographies. In his song “View Source,” YTCracker brags, “My code is mental / to the exponential / cyborg the quintessential.”

The strength of YTCracker’s lyrics lie in his techie double entendres: “My bytes a lot worse than my bark”; “With every gig I secure a gig.” Other artists create less technical versions of themselves based on medicine or drugs. In his song “Wild,” mc chris writes: “I’m the sativa cyborg.” This blurring of imaginary, virtual and techno realities is a mode of agency for those who seek an alternative identity.

Some may find MC Hawking, American web developer Ken Leavitt-Lawrence’s imitation of the astrophysicist Stephen W. Hawking, who suffers from a neuromuscular dystrophy, offensive—his limp performance in a wheelchair is a bit much—but I laud his playfulness in creating an alter ego who generates excitement about science by making it approachable and even silly. Even Stephen Hawking indulgently told Susan Carpenter of the Los Angeles Times that he is “flattered, as it’s a modern day equivalent to [the satirical British Television show] ‘Spitting Image.’” MC Hawking’s explanation of the Second Law of Thermodynamics to the beat of Naughty by Nature’s “O.P.P.” made me down with Entropy.

As with most (especially literary) art forms, a tension exists between the artist’s “personal” experience, adding to the impetus of the piece, versus the limitations of grafting biographical information onto something constructed. “People tend to coincide my music with my mind,” complained the rapper “Kool” Keith Thornton, in an interview with David Downs of the A.V. Club. But Thornton resists the singularity of selfhood by birthing aliases; many of his sixty personas have their own ages, birthplaces, pastimes and quotations. “It’s your persona, your trademark, your brand,” explained KutMasta Kurt, Thornton’s beatmaker, in an interview with Downs. “It’s almost as if you’re making yourself a superhero… A majority of these hip hop guys have been and are still into comic books…. Basically Keith’s solo career was his hidden self. He’s a caricature of himself. He amplifies his different personality facets.”

Thornton’s most popular alter ego, Dr. Octagon, is an extraterrestrial gynecologist who sleeps with his nurses and patients. (My mother doesn’t like Dr. Octagon: he plays into rap stereotypes of sex and violence.) But Dr. Octagon’s morbid, clinical narrative about reproduction and STDs deviates from sexy radio rap. After all, Dr. Octagon “will take Medicaid.” In light of the album’s Hamlet-esque cover, on which the skeletal doctor contemplates the skull he holds before him, the English major in me wants to relate the STD references to Shakespeare’s syphilis jokes. But, as Dr. Octagon randomly intones, “Shakespeare’s gone, don’t even think about it.” The conviction in his voice makes his brutality believable—until you laugh at his threats to flush your money and pet frog down the toilet.

The futuristic, alien, yet sensual, mood of Dr. Octagon’s world appealed to audiences, so much so that Thornton lamented: “I think people got stuck on something, but I have a total dimensional lifestyle besides Doc Oc.” Thornton jealously murdered his alter ego via Dr. Dooom, an alias he created based on a Marvel Comics supervillain. Due to Dr. Octagon’s success, Thornton’s label shadily revived the doctor, remixing songs without Thornton’s consent, on the album The Return Of Dr. Octagon. Thornton retorted with the gory dirge “R.I.P. Dr. Octagon,” in which Dr. Dooom “put[s] the finishing touches on the glowingly green-eyed alien,” including eating his remains in the video.

Overall, I lean towards separating the rapper from the persona created, and not confusing representation and straight perpetuation. I agreed with my high school English teacher when she said that Eminem’s early songs (pre-puppet humping) are an apt expression or release of male rage. But I have my limits, and not all Nerdcore lives up to its potential: whilst ambling through cyber space, I sunk into the abyss that is the Futuristic Sex Robotz. They disappoint with their lame sexing-up of Star Trek. “Hey, Ladies,” with its lewd references to bodily fluids, prostrated positions, and passé gender stereotypes, struck me as juvenile and boring, lacking anything futuristic or robotic.

I surprised myself with my conservative repulsion as I thought, “They should be locked back in the computer lab basement out of which they crawled.” In short, I understand that people have different thresholds of what they will find offensive, so if you want to be gruesome and carnal about what you produce, I’d prefer it sufficiently stylized. 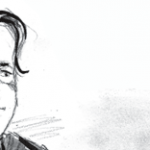 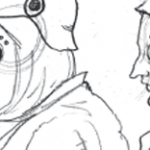