How do I negotiate the space between me and my avatar—is it a hyperreal one where the avatar mimics me? Is it a mutation of me? How does it come back to me?

By Beth Capper May 1, 2009 Uncategorized

By Benjamin Pearson with Emily Bauman and Beth Capper

How do I negotiate the space between me and my avatar—is it a hyperreal one where the avatar mimics me? Is it a mutation of me? How does it come back to me?

Roughly constituted, the avatar is the immaterial (or at least partially immaterial) offspring of the cyborg body—which in this wired age implicates all of us—and is defined by Donna Haraway in her groundbreaking “A Cyborg Manifesto” as “hybrid(s) of machine and organism.” N. Katherine Hayles elaborates on this definition to articulate it as “The construction of the body as part of an integrated information/material circuit that includes human and nonhuman components, silicon chips as well as organic tissue, bits of information as well as bits of flesh and bone.”

The avatar, then, could be thought of as the software answer to the hardware-based cyborg. The flexibility of the avatar’s constitution enables it to disrupt societal constructions of gender as the body transitions from materiality (the body in the “real” world) into that of informational code (the online avatar). The cyborg and cybernetic body have already served (in theory and practice) to expose certain essentialist constructions of the body, while the avatar has provided an outlet through which gender performativity can be fluidly operated.

Here it is important to note a now newly created space for the possibility of decentralized gender claims: a state in which the body merges with the machine, forcing a reconstitution of identity (and by default, the ability to claim and perform a desired conception of gender and race). Online avatar-based interactive social networks (such as Linden Lab’s Second Life) provide the ultimate arena in which to realize the mutability of gender identity. It provides detailed, on the fly, appropriation and manipulation of the avatar’s signifiers, affording certain fluidity in the acquisition of identity—as one can perform endless combinations of representations and re-representations.

A popular (mis)conception of the virtual avatar is that it is disembodied from its user—since the avatar exists in cyberspace and its user remains in front of the screen. However, such an assumption is inaccurate, since the virtual and the material body exist as a symbiotic binary pair, codependent on one another for agency.

Hayles points out that avatars have an effect on the material users who control them, through the interplay between information and materiality. The question is: how bilateral are these interplays? Are they mostly projections by beings onto the screen, or do they dually transform the avatar and the subject user? The video artist Ryan Trecartin employs the idea of the avatar to this end. As Trecartin told Randy Kennedy in the New York Times, in I-BE AREA—his feature-length work adored by both the art world critics and YouTube junkies—“The Web becomes a catalyst for a ‘postgender world.’” Trecartin’s central character, I-Be, is being threatened by his online avatar who has designs on his existence. This suggests that the mutable identities available to us in cyberspace might extend beyond the Internet, where the sign of gender becomes so eroded as to be rendered redundant.

However, this fluidity, originally heralded as a site of agency in postcolonialist, cyberfeminist, cyberqueer and multiculturalist circles, has come under pressure of late. The ability to “be anyone” online and to “transcend” race or gender has only resulted in the emergence of a reification of class and symbolic constraints through their virtual proliferation (to play out the fantasy of being othered, for example). In “Poscolonial Media Theory,” María Fernández points out that while severing the construction of identity from history and from bodily experience allows for multiple/open-ended identities, it simultaneously threatens to dismiss the “real” histories of subjugated peoples. And, that Haraway’s focus on the mestizaje cyborg body still inadvertently implies the existence of a non-hybrid/pure state (the “original unity” that she is trying to avoid). Afterall—leaving the hierarchical structure of access to technology aside—because of its global distribution, the Internet allows for the breakdown of hierarchies as a result of proliferating hybrid images, but their negotiations in cyberspace do not necessarily homogenize. 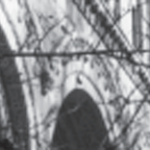 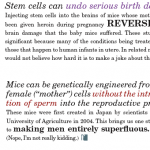