AN INTERVIEW WITH H.G. LEWIS

Delving into the bloody mind of the Godfather of Gore

Herschell Gordon Lewis, affectionately known as the “Godfather of Gore”, has been repulsing movie audiences since the 1960s with exploitation gems such as Blood Feast (1963), Two Thousand Maniacs (1964), Color Me Blood Red (1965) and The Wizard of Gore (1970), to name just a few. Lewis redefined the drive-in movie experience, and helped to set the precedent for filmmakers like Quentin Tarantino and James Wan, who rely on eliciting a more vicious visceral response.

Today, Lewis is also well known in the world of direct marketing, having published 31 books on the subject. He is also a frequent contributor to magazines in the United States and England. In other words, Lewis’s career path has been anything but conventional. “I started my career as a school teacher,” Lewis said. “I taught English literature at Mississippi State. I went to Northwestern for about 150 years and, like most people who first get out of school, I felt that teaching was the only civilized profession, but it wasn’t one that resulted in worldly goods.”

This led Lewis to try his hand in radio and television, before a former classmate from Northwestern invited him to serve as television director for his advertising agency in Chicago. He began shooting television commercials for Alexander and Associates, a small studio on Wabash Avenue, which he eventually purchased a half interest in.

Lewis grew frustrated because all the big ad agencies went to California to shoot their ads. “We were getting very little business from the big advertising agencies,” he says, “So one day, I was complaining about the film business… I said, ‘the only way to make any money…is to shoot features.’ He said, ‘Well, why don’t you shoot features.’ And that planted the seed…the seed grew, and grew, and turned into a bunch of weeds, I guess.”

What propelled Lewis towards visually assaulting horror films? “The question was, what kind of motion picture might there be that feature film companies either wouldn’t make or couldn’t make… What might make one competitive? As it turns out, I was watching an old black and white movie…with Edward G. Robinson…and the police shot him full of bullet holes and he died peacefully with a little red splotch on his shirt, and I said ‘wait a minute…that’s not the way it is.’ And leaping out of the cosmos came that lovely four letter word: G-O-R-E.”

Shortly after this epiphany, Lewis began work on Blood Feast. As he tells the story: “We would go down to Miami to shoot when the weather got cold in Chicago. We were staying at a little place on the North Beach…called the Suez Motel. Outside [the motel] there was a statue of a sphinx.” The sphinx only stood between seven and eight feet high, but, as Lewis states, “against the sky, a sphinx is a sphinx, and this gave us the idea for this strange movie…I made up the most Egyptian sounding name I could think up: Fuad Ramseys, who would be a mad caterer, and that was Blood Feast.”

Blood Feast featured Playboy bunny/June 1963’s Playmate of the Month, Connie Mason, as its heroine. In one of its most infamous scenes, Fuad Ramseys, played by Mal Arnold, rips a semi-clad blonde woman’s tongue out of her head. (The tongue was an actual livestock tongue that had been purchased from a butcher shop.)

Lewis was a very savvy businessman, and understood how shocking audiences would generate favorable publicity. “The best reaction we could get was people coming out of the theatre saying ‘My God! Did you see that? That’s gore!’ Some of these comments were made, really, in disgust. But that they would make the comment at all meant that we weren’t being ignored.”

“Please remember,” says Lewis, “this was before VHS, let alone DVD. Either we made it in the theatre, or we didn’t make it at all.”

Regarding his stance on the film industry, Lewis said, “The movie business is a business. I detest these ‘auteurs’ that consider themselves misunderstood geniuses…If you want to compete in business, you compete in a business–like way.”

While Lewis acknowledges the advantages in working with a sophisticated film crew, his belief is that, ultimately, entertainment value takes precedence over everything else.

Lewis, who has worked in “35 mm color since day one”, is switching to digital for his next film Grimm Fairy Tales, which is set to go into production in March. “Even if Grimm Fairy Tales winds up without any theatrical distribution in the United States,” Lewis said, “I can get it in Japan. I know I can get it in France. In places like Japan and France, I’m a hero. In the United States, I’m a schmuck with a camera.” 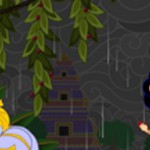