I Screen Therefore I Am

This year’s VCU French Film Festival will take place on March 27-29, and the turnout is expected to be great.

So, in the words of Lester Bangs, here’s a theory for you to disregard completely: film is one of the few mediums that can effectively describe and recreate an audience’s identity.

It has broad scale appeal, it is a simple juncture between art and entertainment and, most of all, it opens up new possibilities. It suggests information about our nature, about who we are and what makes us emote—I was watching this awful chick flick yesterday, for example, and while I couldn’t quite bring myself to take it seriously (it was PS: I Love You), I also couldn’t quite keep myself from sobbing uncontrollably. So when this power of suggestion and definition is used in a serious fashion, to articulate history or a certain people’s cultural identity, the impact is enormous.

There are many examples of films used as defining points for an ideology, a culture, or an event that can form a national consciousness. The early propagandist films are still taught in modern editing classes as the pinnacle of masterful suggestion. Sergei Eisenstein’s Battleship Potemkin or Leni Riefenstahl’s Triumph of the Will for instance, are extraordinarily adroit and shameless exploitations of historical events used to suggest a particular political creed to their audiences. These are films that helped define nations.

In more recent history films have also been used to digest history and make sense of events that traumatize us and redefine our identities as a communal whole. Films like Francis Ford Coppola’s Apocalypse Now processed the war in Vietnam. The Battle of Algiers, a controversial faux-documentary on the terrorist beginnings of the Algerian freedom initiative filmed four years after the end of the Algerian war, helped France understand the events that led to the rupture with the old North African colonies. These films, and their ilk (there are too many to list), form a body of work that functions as art, entertainment, and a cultural therapy session for their audiences. They work because people walk into movie theatres seeking entertainment, and because they aren’t girding their loins for an encounter with Important Stuff or Art or History; they are simply looking forward to a night out and some puffed, seasoned corn. This keeps them open to suggestion it’s a bit like tricking your audience into caring by blindsiding them with Things That Matter cloaked as fun.

There are also the films that recreate or reinterpret our history and give voice to a pre-existing identity in times of crisis. Films like The Wind that Shakes the Barley, or Braveheart, or even Pan’s Labyrinth, which present a certain version of the past that tugs at our heartstrings and confronts us with, if not the facts, then a least a feeling for the times and their (now-mythical) importance. These are films that you come out of proud to be Irish, or Scottish, or Spanish. Films that you come out of ashamed, sometimes, like Joyeux Noël or Indigènes. These are irrational reactions to a piece of celluloid that may or may not be actively lying to us. But they are powerful enough that they suggest an identity, they force us to identify with the past and with
a particular group of people.

Collecting these films together are nationally-themed film festivals, which exist as collective gatherings for films that define a particular national identity, and as such help promote this identity in areas foreign to it. A good example of this is the immensely popular French film festival at Virginia Commonwealth University, in Richmond, VA. Created in 1993 by Drs Peter and Françoise Kirkpatrick as a scheme to promote the French language department at VCU, the festival has grown and spread into an internationally hailed event which has won plaudits by the French government, with forty-some-odd French actors and directors attending every year. It also offers a series of master classes, and holds a defining role in the promotion of French culture in the States.

This year’s festival will take place on March 27-29, and the turnout is expected to be great. When I discussed the festival with Dr. Kirkpatrick, I asked him why he and his wife had felt compelled to start it. He mentioned the will to stimulate the French department, but the larger idea was to help further French culture and Anglo-French relations. This is, in many ways, a nationalistic experiment. “It just keeps growing and growing,” said Dr. Fitzpatrick, pointing out that the will to experience foreign culture and the need to revisit your own when expatriated is easily catered to by the cinema. Much of the French expat community in DC has attended the festival and, in the words of Marianne Hill, a friend of mine, “it feels a bit like going home.” We all come together for a few days to speak French, watch French movies, listen to French personalities talk about French cinematic developments and culture, and in a sense to update our Frenchness. Or, for the Americans, witness Frenchness in action.

I would argue that this is the lasting achievement of film; that film is the best and most expedient way
of suggesting and maintaining identity, national or otherwise. It aids us in understanding our history, digesting events, and creating the next leg of culture as we know it. It gives us definition.

To learn more about the VCU French Film Festival, go to www.frenchfilm.vcu.edu

Uncategorized I Screen Therefore I Am
« Previous Story 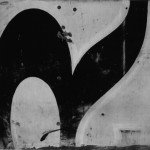