Camp Hope: How Not to Organize a Protest

Freezing temperatures and blizzard conditions did not deter the determined group of activists. However, the message may have been lost.

Freezing temperatures and blizzard conditions did not deter a determined group of activists, who spent much of January in Drexel Square Park, mere blocks from Barack Obama’s south Chicago residence. The 19-day vigil, dubbed “Camp Hope” by organizers, was intended to remind Obama of promises made throughout the campaign and pressure him to meet specific goals held by the progressive groups which supported his presidential bid.

However, the message may have been a little lost over the course of the demonstration. It would have helped, perhaps, if Camp Hope had been promoting one specific message rather than eight divergent and often nebulous areas of concern. Some issues were simple enough: the demands for universal health care, an immediate end to the wars in Iraq and Afghanistan, signing on to the Kyoto Protocol, eliminating nuclear weapons, and placing a 90-day moratorium on housing foreclosures. Other goals were more vague: immigration reform, more diplomatic relations with Pakistan, encouraging global nuclear disarmament and an end to the documented racial disparity in poverty and prison populations. However these demands weren’t connected to practical steps that might be taken to accomplish the goals.

Adding to the confusion were the number of groups involved. Various national and international organizations stood in 8-hour shifts, including Code Pink and Oxfam International, joined by a number of local groups such as Hyde Parkers for Peace and Justice and the North Suburban Peace Initiative. There appeared to be little communication between participating organizations, and no outreach to individuals unaffiliated with any particular group who might want to join the vigil. Turnout was small, and the demonstrations appeared disorganized and unwelcoming. Separate groups did not engage with one another and appeared mostly focused with their own pet causes and internal concerns.

In the month leading to Camp Hope, organizers attempted to spread the word via press releases, media appearances, and an internet presence touting a number of speakers and events, such as a kickoff party (which did not begin until long after the advertised time, forcing early arrivals to wait in freezing weather), screenings of the films “Dr. Strangelove” and “Taxi to the Darkside”, and forums on everything from economic justice to “The Myth of A Post-Racial America.” Despite these attempts to encourage participation, the Camp Hope website was not updated with current information after the first day or two of the vigil, and emails requesting information about the protest remained unanswered. Any engagement with the media seemed limited to promotion in the early days of January.

There also remains the question of why pro-Obama activists would protest their candidate before he had even taken office. Camp Hope has been careful to characterize itself as an encouraging “presence” in Obama’s neighborhood, but to uninformed onlookers the vigils and marches certainly may have looked negative. So far, there has been no response from the Obama administration; Kathy Kelly of Voices for Creative Nonviolence, one of the minds behind the event, told reporters, “we’re just about as close as you can get to his house right now. We’ve seen his motorcade go by, so he knows we’re here. He’s welcome to come down and talk to us.”

Though the dedication of those who braved the Chicago winter for 19 days in order to send a message to the new administration is certainly admirable, the lack of any sort of cohesive message or voice is not likely to sway the president one way or another.

Uncategorized Camp Hope: How Not to Organize a Protest
« Previous Story 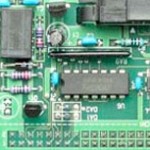 2 Responses to Camp Hope: How Not to Organize a Protest