Professor Emeritus Thomas T. Jaremba, founder of the Performance Arts Department at SAIC, died of heart failure on August 31, at age of 70, in his home.

In the late 1960s, Jaremba taught dance and body movement at the Goodman Theaters, where his students included actor Joe Mantegna. Jaremba helped to found the Design and Communications Department with John Kurtichin in the late 60s and then the Performance Department at SAIC a few years later.

In a letter to the school, following his death, Dean of Faculty Lisa Wainwright remembered Jaremba as “a tall and ebullient man who was inquisitive and generous with all students.”

“Tom was really important for me as a student,” said Eric Lenoardson, one of the first students to enroll in Jaremba’s class in 1981. “He had a profound impact on me as a person and as an artist.”

Lenoardson, who had a background in visual arts but not performance, recalled that the first class he took with Jaremba started with thirty minutes of Yoga, which was then followed by physical warm-up. Lenoardson said that coming into the class as a painter, the warm-up seemed radical to him. “We learned about contact and improvisation, not only using our bodies, but touching other people’s bodies,” said Lenoardson. “It makes you feel very vulnerable, and develops a high degree of trust.”

Lenoardson said that Jaremba’s class formed a community of performance artists during his years at SAIC. These artists became very active in the performance art scene in Chicago throughout the 1980s. “It was the spirit of community,” he said. “Collaboration really meant something to us.”

Jaremba was a charismatic teacher, who captured his student’s attention with an energetic teaching style full of movement. “He always made an effort to come and see student performances,” Lenoardson remembers. “He was very supportive, even when he was critical of what we were doing. He would ask us hard questions and wasn’t afraid to say things that we didn’t want to hear.”

At his studio, Lodge Hall in Wicker Park, and other venues, Jaremba would continue to choreograph a few works every year in addition to teaching.

Jaremba grew up in Milwaukee and studied sociology and psychology at Marquette University, where he did not become involved in theater until his junior year. After graduating, he moved to Chicago to be a social worker.

Becoming more involved with dance, Jaremba joined the Sybil Shearer dance company in 1964 and moved to New York. There he studied with choreographer Alwin Nikolasis. By 1967 he returned to Chicago and taught movement classes at the Goodman Theater. He joined SAIC in 1971.

Tom Jaremba was an integral part of SAIC faculty, touching many people’s live. He will be greatly missed. 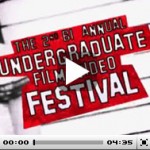 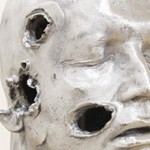 One Response to SAIC says goodbye to Professor Emeritus