Everyone wants to hang something phallic over Texas, but César Saez has a real plan. Saez assembled a team of scientists, designers, lawyers, Russian translators and engineers to place a 1,000 foot long banana between 30 and 50 km in the sky, between the earth’s high atmospher and the lower orbit for approximately one month. Unfortunately, the project has been suspended after falling $750,000 short of the 1.5 million dollars necessary to get the banana afloat.

Sadly, in a post 9-11 world and the resulting airspace lock-down in the United States, the banana will not take flight, even though the airspace the banana would occupy cannot be regulated by U.S. officials. Also, scientists were afraid the banana would meander across the stratosphere, finding itself stranded over the Gulf of Mexico, or the banana could burst from atmospheric pressure, sending shards of its bamboo body and paper armor into orbit.

Barack Obama, Michael Phelps, Oprah Winfrey, and SAIC’s President Wellington Reiter all want the 2016 Olympic and Paralympic Games to be in Chicago. Who can say no to Oprah? Olympic supporters cite economic, educational, and cultural benefits to hosting the event.

“It’s absolutely the most unifying event, lifetime experience that you could ever imagine for your city,” Billy Payne, former president of the organization committee for the 1996 Atlanta Olympics, told ESPN this month . “Social, religious, political — it will come together in a common sense of pride for the community that will be so powerful that it will surprise them.”

According to the official website for Chicago’s Olympic bid, www.chicago2016.org, the architectural plans include a proposal to build a stadium, large enough to fit 80,000 people, in Washington Park on the South Side. The site claims that the construction of the stadium and the Athletes’ Village would improve South Side neighborhoods, and calls the Olympics a “catalyst for widespread urban revitalization.”

Chicago residents are excited but wary. “We want a community-benefit agreement and a referendum on the ballot concerning taxes and eminent domain. And jobs, jobs, jobs. We want cooperative housing for those who now live adjacent to the park to ensure that the rental community can afford to stay in the area,” said Cecilia Butler of the Washington Park Advisory Council, reported the Chicago Sun-Times. In the same article, Tom Kirschbraun, managing director of an international property investment firm, said, “The Olympics has a significant and varied impact on the real estate markets, but that these impacts are largely indirect, and are experienced over a long time frame.”

According to the Chicago Tribune, Mayor Richard M. Daley indicated that Chicago aims to improve existing structures instead of undertaking new architectural feats like those in Beijing. For example, basketball trials will take place at the Allstate Arena, and McCormick Place, America’s largest convention center, will host 11 other events. Calling the Beijing Olympics China’s “coming-out party,” Daley says that Chicago won’t spend the $45-80 billion that China did, and that funding will come “basically from the private sector.” Chicago would receive government funding for security and for improving infrastructure. After submitting Chicago’s plan to the International Olympic Committee last January, organizers revealed the estimated cost to be $900 million, reports the Associated Press.
Chicago is competing against Tokyo, Rio de Janeiro, and Madrid for the honor of hosting the 2016 Olympic Games. The final decision will be made in October 2009. 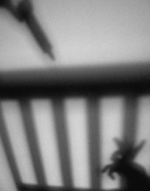 SAIC students have paired with the Accidental Gallery in WIcker Park’s venerable Flatiron Arts Building to present a unique one-hour shadow puppet performance. The show is part of the Flatiron Project’s Points of View exhibition, a collection of multi-media presentations appearing in the second and third-story windows of the building, to be viewed from the street looking up.

Instructor Benjamin Fain’s Art of Puppetry class will create short sketches for this month’s Chicago Artists’ Month theme, “Artists and Issues that Matter,” in response to Mahatma Ghandi’s list of social Seven Deadly Sins: wealth without work, pleasure without conscience, science without humanity, knowledge without character, politics without principle, commerce without morality, and worship without sacrifice.

The performance will take place on Friday, October 10th and Saturday, October 11th beginning at 10 p.m. The Flatiron Building is located at the intersection of Milwaukee, North, and Damen. For the best view of 7 Deadly Puppets, stand on the sidewalk in front of Myopic Bookstore and look up at the third floor, second window from the right. The Flatiron Building will also host open studios from 6 to 10 p.m. both days.

Not since pirates forced captives to “walk the plank” have those condemned to death literally fed the fishes. Danish artist Marco Evaristti wants to feed executed prisoners to goldfish, according to Artforum’s Jennifer Allen. The project, called five2twelve, is a vivid criticism of the death penalty.
Joerg Sundermeier of the German daily Die Tageszeitung criticized the project: “Dumb, dumber, dumbest art … It’s an intervention that shows how undertalented artists can get attention.”

Gene Hathorn disagrees. Having waited on Death Row in a Texas prison for 24 years, Hathorn decided to donate his body to Evaristti’s project in the event that his appeal fails, says Natalie Hanman of London’s the Guardian last month. In 1985, Hathorn was convicted of murdering his father, stepmother and stepbrother. “If [this project] can help the debate, it’s okay with me. I don’t give a shit when I’m executed,” Hathorn told Evaristti in April, according to the artist’s website, www.evaristti.com.

“My aim is to first deep freeze Gene’s body and then make fish food out of it. Visitors to my exhibition will be able to feed goldfish with it,” Evaristti told the Art Newspaper. To those critical of his project, he says, “The real problem is legally killing people.” His website mentions a verse from the Bible, Ezekiel 33:11. “I have no pleasure in the death of the wicked; but that the wicked turn from his way and live.”

Evaristti has worked with fish before. In a 2000 exhibition at Denmark’s Trapholt Art Museum, he put live goldfish in blenders and let patrons turn them on. In 2004, Evaristti went to Greenland spray-painted an iceberg red in an effort to stir environmental concern. The infant terrible was arrested when he tried to spray the peak of Mont Blanc on the French-Italian border last June.
American lawyers told Evaristti that they doubt the courts will let him take Hathorn’s body, according to Julie Bloom of The New York Times. In any case, Evaristti has attracted attention to his cause. 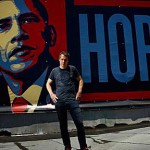 Art and the Election