Waiting for the Punchline

The possibility of a comics curriculum at SAIC

The School of the Art Institute of Chicago has storied history with the comic medium, from the sinister illustrations of Edward Gorey to the iconic paintings of Imagist Roger Brown, and in 2006, Chris Ware, sometime SAIC student and author of Jimmy Corrigan, The Smartest Kid On Earth, had a solo exhibition at the Museum of Contemporary Art Chicago. The work of more recent alumni has also been met with National acclaim: Lilli Carré (B.F.A. 2006) of Woodsman Pete fame was included in McSweeny’s Best American Comics 2007, and Hope Larson (B.F.A. 2004) recently signed a 2-book deal with Simon and Schuster.

Despite student demand and the success of comics programs at competitive schools, SAIC has been dragging it’s feet on solidifying an official comics curriculum. The school does not advertise a program, although it could be argued that many of the pieces of an official curriculum are already in place. Currently, students can choose from 40 or so comics-related classes, yet a compendium of these classes has never been assembled.

Nationwide, 45 NASAD (National Association of Schools of Art and Design) accredited institutions offer illustration programs, some of which also offer undergraduate and graduate degrees in comics. Savannah College of Art and Design (SCAD) and Minneapolis College of Art and Design (MCAD) are two of these, offering B.F.A. programs in Sequential Art and Comic Arts, respectively. Given the mainstream success of graduates, why are we absent from that list? Even Columbia College is catching on to the trend: Ivan Brunetti, a favorite cartoonist of The New Yorker, The New York Times Magazine, and McSweeny’s Magazine, Colombia College was recently hired as a Professor of Creative Writing.

The issue is twofold, involving the school’s D.I.Y. approach to majors and ontological questions about narrative art, which can be labeled using a litany of terms: cartoons, comix, comics, sequential art, illustrations, graphic novels, editorial cartoons, bande dessinee, and fumetti. The inability to label the medium opens comic art up to constant reinterpretation, which doesn’t help codify a comics curriculum. But Fiber and Material Studies professor Surabhi Gosh and Visual and Critical Studies professor Stanford Carpenter see this plasticity as a good thing. In fact, Ghosh says one of the primary goals of her course Comics, Narrative, Material is to open up the term “comics” to new interpretations and expansion. Ghosh and Carpenter favor an open structure that encourage an exploration of the realm of narrative art in many forms, which includes comics, rather than one created for the study of comics as a medium. They hope that this approach will lead to a more balanced academic perspective. In his endorsement of an inter-departmentally diverse program, Mr. Carpenter said, “The beauty is that when it’s interdisciplinary, everyone can be themselves.”

Undergraduate student Lyra Hill has a positive opinion of the interdepartmental study of comics. “It’s kind of nice bumping around departments,” she said, “since there seem to be comics-related classes in many of them. But it would be great to have a comics department.” SAIC allows students to dip their toes into the curriculum of many departments, and seems to trust the abilities of students to locate their interests and pursue them vigorously. With the exception of programs that culminate with a certificate and require a rigid foundation to cement certain skills, most disciplines encourage some artistic wandering. This does not mean, however, that students are homeless when they do have a goal.

When alumnus Lucy Knisley (B.F.A. 2007) realized that comics were her main interest, she knew she would have to work harder for the education she wanted. “Unfortunately, I was already enrolled in a school without a comics program, ” she explained, “I did the best I could- took independent studies, sought out teachers in and out of the school that would encourage me to develop my comics, but it was a very self-motivated thing.” Ultimately, she supplemented her studies by networking with sympathetic faculty and fellow students who belong to a larger community of Chicago comics artists. The student group Xerox Candy Bar, which periodically publishes an assortment of comics has provided in-house support for comic artists the past year under the advisement of Ms. Ghosh.

Students without this kind of guidance, however, can be discouraged. Many get frustrated by having to tread the same territory in each comics-related course. One semester a student read the same text by seminal comics author Scott McCloud in three comics classes. Other students report difficulty getting into these popular classes. An official program for comic artists, would provide the opportunity for professors to eliminate redundancy, and may also make it easier for students to reserve spots in the classes, as official members of a department.

The lack of organization that characterizes SAIC’s current approach is also difficult for professors. “There is so little communication between faculty in different departments – even within them, since so many instructors are part time, that it’s hard to know what is already being covered somewhere else,” explained Painting and Drawing Adjunct Professor Christa Donner, “Some professors admit to only having recently met their colleagues, and many could not recognize co-workers on sight.”

Finally, it seems SAIC administrators are stepping in to facilitate a more inclusive and productive dialogue. Meanwhile, professors have taken matters into their own hands, redefining their classes and forming coalitions to solve problems themselves. Donner and Tinder met with Ghosh to keep students from having to drown in redundant reading material, and Tinder, who teaches the very popular Indy Comics, has cross listed his class with the help of Film Video and New Media’s enthusiastic Chris Sullivan in order to accommodate more students. Sullivan has wasted no time since he stepped down as chair this semester, organizing a visiting artists series with professor Mary Lou Zelazny that features both comic artists and narrative painters. And Carpenter is hosting the International Comic Arts Forum the second weekend in October at SAIC. Both of these events offer opportunities for the SAIC community to engage with each other and decide what role SAIC might play in the world of comics and narrative art. Unlike many liberal arts institutions, the culture at SAIC is uniquely positioned for creating such a niche, official or not. Carpenter pointed out, “There’s a critical mass here that’s lacking at most other institutions that we just take for granted.” It’s starting to look like the administration might give its blessing. 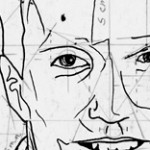